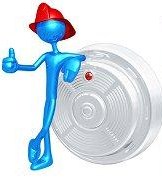 Lindsey O’Brien Kesling was 22 years-old when she died in her Scottsdale apartment from accidental carbon monoxide (CO) poisoning. Scottsdale Fire Department responded to the 911 call in November 2010.

“Losing a child for any reason breaks a parent's heart, but losing them to something that could have been prevented makes the loss so much heavier to bear,” said Dot Kesling, Lindsey’s mother. Lindsey’s family transformed their grief into something into something new and beautiful – the Lindsey O’Brien Kesling (LOK) Wishing Tree Foundation. Part of the foundation’s mission is to raise awareness about carbon monoxide poisoning and how to prevent it, particularly in the coming winter months.

“Kesling fell victim to a silent killer,” said Scottsdale Fire Marshal Jim Ford. It is hard to recognize CO poisoning because symptoms mimic other illnesses and include nausea, headaches, dizziness, weakness, chest pain and vomiting. In more severe poisoning cases, people may experience disorientation or unconsciousness, or suffer long-term neurological disabilities, cardiorespiratory failure or death. Nationally 90 percent of homes do not have these carbon monoxide detectors. In most cases, the poisoning happens at home,” Ford said.

Learn more about protecting your family from CO poisoning by visiting www.lokwishingtree.org