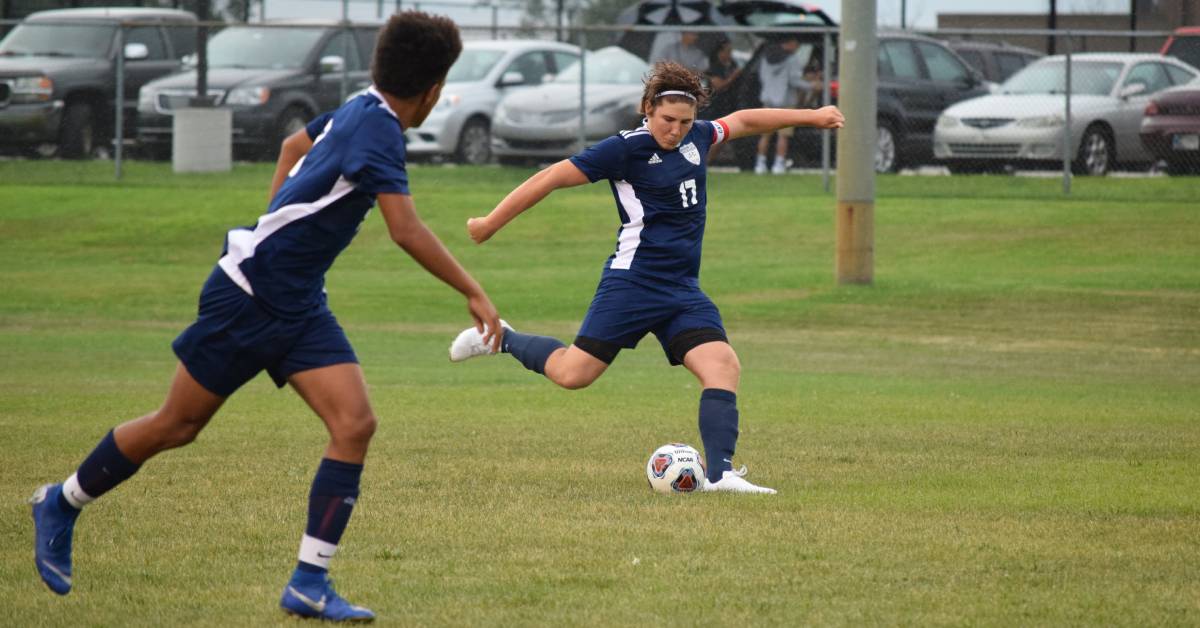 Michigan City took on Chesterton in a soccer brawl on Wednesday night. The Wolves had a tough opponent against reigning state champions as they walked away with a 5-0 loss, but they kept Chesterton at bay in the second half thanks in part to the senior goalkeeper, Gabriel Galvan.

After graduating eight senior starters last year, the Michigan City Wolves were left with a young team with low numbers. Many junior varsity players will also been seen playing varsity, which could lead to a lot of wear and tear on them throughout the season.

“We just need to play simple and quick,” said Chesterton Head Coach, David Harris. “We can’t get too complicated because we need to keep the guys healthy.”

The majority of Michigan City players had playing time tonight, including several JV players who had minutes in both games. Michigan City senior captains, Omar Serrano and Nate Stevenson, were major players in the game and knew what needed to be done.

“We need to try as hard as we can every match, we need to be physical and can’t be afraid to get in peoples faces and can’t get pushed around,” said Stevenson. “Especially when we’re at home, we want to show up for the crowd.”

While they left with a loss, the crowd was proud. The Wolves have a lot of goals this year, such as having a solid defense and winning sectionals. Over everything, each game is an opportunity to get better.

On the other side, Chesterton is faced with both gratitude and burden of starting the year as reigning state champions.

“We started last year talking about the same things we’re starting this year with,” said Chesterton Assistant Coach, Austin Haire. “We can’t take our foot off the gas or take anyone lightly because they’re going to be gunning for us being undefeated state champions.”

Being the leaders of their team, captains, Nick Biel and Kyle McEuen, put the team to work this summer to show that they’re just as serious and even better than they were last year.

“On the weekends we’d go to the beach and do some beach runs in 90 degree weather,” said McEuen. “So we’re not letting the state championship make us lazy, we’re going to keep trucking through.”

Each team has a long road ahead and a lot of work to do in preparation for the coveted state tournament. But if they stick to their game plans, these teams could meet again in regionals.