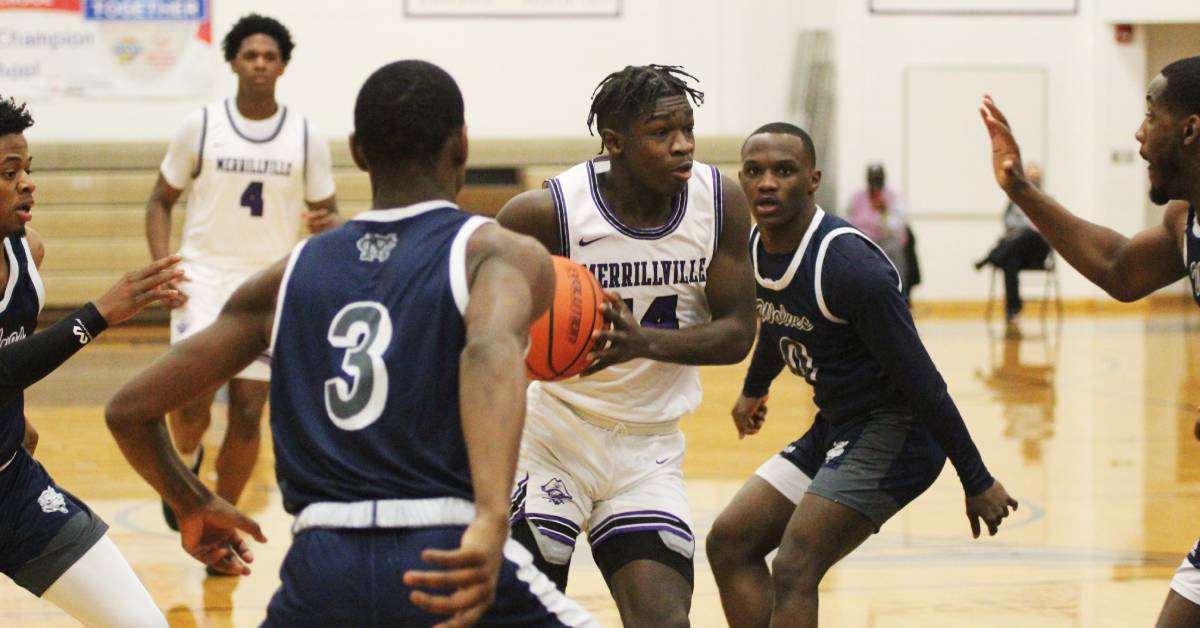 The Merrillville Pirates held off a fourth-quarter comeback attempt by the Michigan City Wolves in boys’ basketball action on Friday night, securing a 66-62 win and improving their record to 7-10.

Early on, the Pirates comfortably suppressed the Wolves – holding Michigan City to just 7 points in the first quarter, while scoring 17 of their own. Their success was built off smooth and creative passes that found their targets

“We teach our guys to be confident,” said Bo Patton, Merrillville Head Coach. “It all comes from discipline. Two hand catches, two hand passes, and just controlling the game.”

Cracks started to show in the second quarter, as passes started missing their marks and falling into the hands of Wolves. Steady shooting from #23 Dorian Harris and #50 AJ Dixon, who each posted 17 points, kept the Pirates in the lead for most of the game and allowed them to hold off the Wolves, who outscored and even led Merrillville at points in the fourth quarter.

He was happy with his squad’s win and their effort, but also noted there is still plenty for them to work on with just two games left in the regular season.

“Just looking at the free throws we were 17 for 35, you can’t win basketball games like that,” he said. “We probably turned the ball over well over 20 times. The recipe to win games is to make free throws, rebound the basketball, and limit turnovers.”

The next matchup for the Pirates is a home game against Hobart on Saturday, while the Wolves will play an away game against Mishawaka Marian on Tuesday.