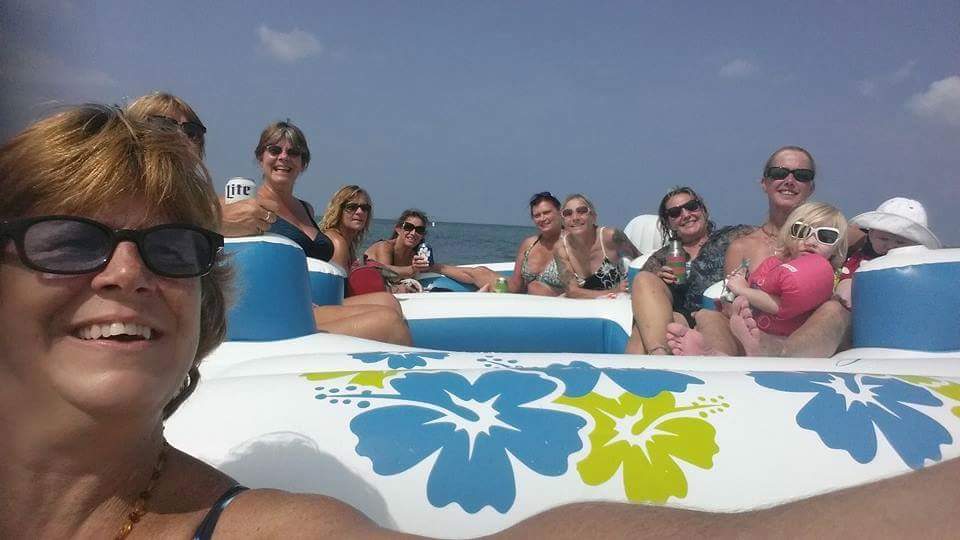 What this social club is, is a group of best friends from the area that encourage fun, love, and happiness in Northwest Indiana. Sometimes that means relaxing on the lake, encouraging people to smile on their group’s Facebook page, and of course, social outings to various restaurants around The Region.

What it is not is everything you were probably first thinking when you read the words “Real Housewives.”

“This really started as a parody of the show,” said Co-Founder Debbie Henckel, AKA #HaveMoreFun. “But then we just decided to go with the fun.”

The group consists of (nicknames included): Henckel; Charmaine Imperato #charlie; Suzanne Edwards #lilflower; Lynda Erickson #polekat; Jackie Beckett #lovemyboots; Margene Schmuhl #bandbabe; Sue Radke; Debbie Williams #polly; and Karen Durham #kk. All La Porte County friends, born and raised in the county, who have known each other since they were kids. Friends who just wanted to make sure that the good times kept rolling even after the real world kicked in.

And that’s a pretty awesome thing. Far too often we let life get in the way of friendships. Think about how many good friends you have had in your life who you have lost contact with because of work, school, life in general really. What the RHOLC is, is a way to make sure that doesn’t happen; that the important things in our life like love and happiness stay the important things in our life.

“We are just a group of nine women who have been friends for years,” Henckel added. “We are just all about family, friendship, and fun.”

But the RHOLC are also heavily involved in spreading the love around La Porte. In addition to promoting happiness on their Facebook page, they are also actively involved in helping the community.

“We have done a food drive for the food bank in conjunction with the St Patrick's Day Parade that we help Johnny Stimley (Ryan's Irish Pub) with, as well as the Zoological Society event's,: said Henckel about the group’s community involvement. We also offer computer skills classes at the Michigan City Senior Center.”

But of course, a social club is not without its, well social times.

“We work hard, but we play harder,” added Henckel.

So who are the The Real Housewives of La Porte County? Volunteers, socialites, friends, purveyors of happiness, but above all just a great group of friends who love each other and La Porte.

For more information on the RHOLC, they have a FB FRIDAY with Friends every 3 months for anyone that has questions. Be sure to follow them on Facebook for more details.