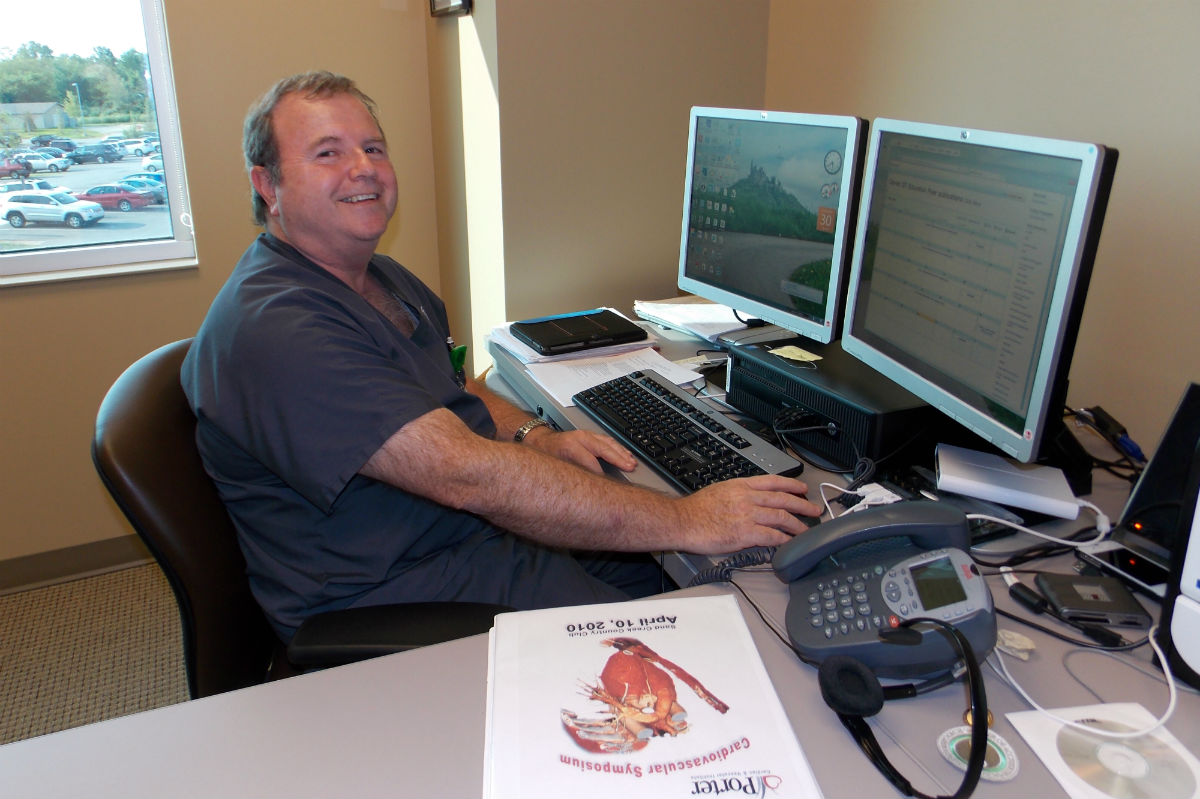 Kime actually started out as a graphic artist and photographer in the early1970s. When he joined the United States Air Force, he became a photojournalist and was sent to Asia to serve in the Philippines, Japan and Vietnam. With the war ending, Kime was no longer needed as a photojournalist so he was reassigned doing air evacuations for patients. Helping to evacuate patients to medical facilities is where his love for the medical field developed. Kime said, "I developed an affinity and closeness to the patients and had empathy for them. A passion developed for the medical field while doing the air evacuations."

Kime joked, "It was a wide departure from photography but I still get to do it to some degree. I get to use medical imaging and it is photo-like." 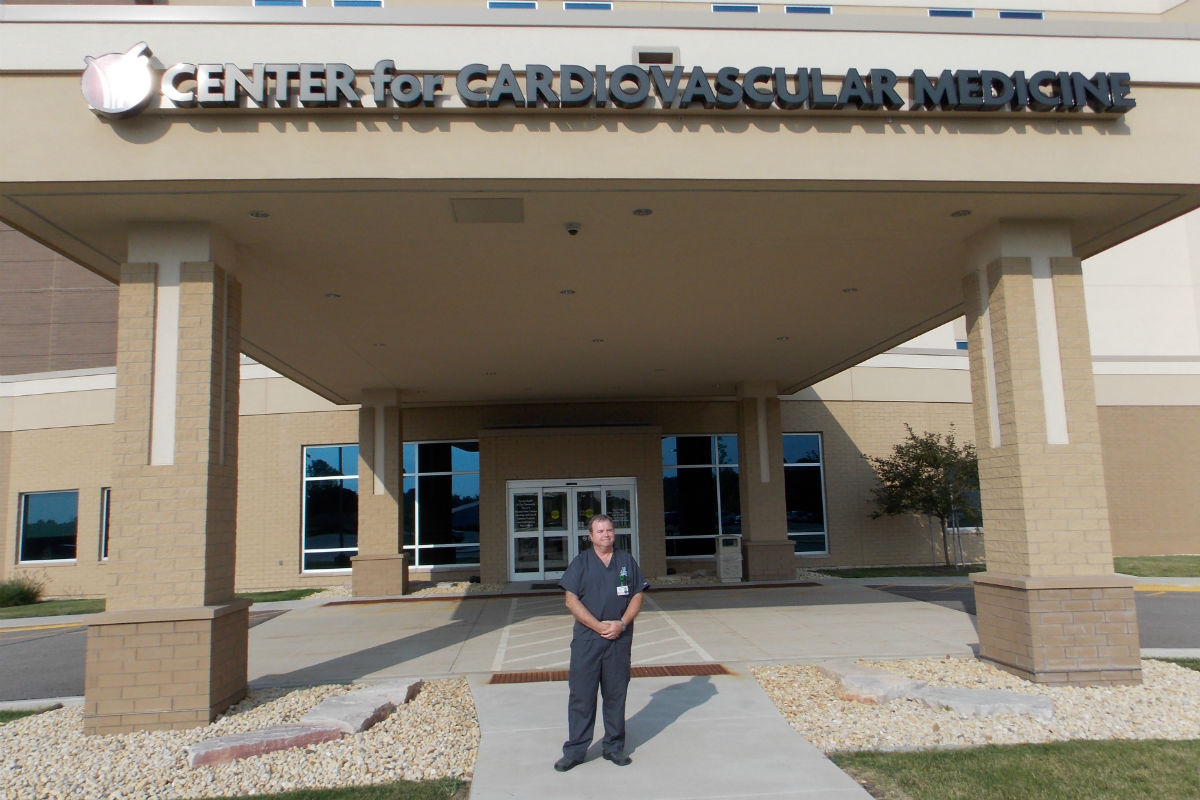 Kime especially excelled in cardiopulmonary medicine. He explained, "When I came home to the U.S. I signed up for what was a new program at the time with the Air Force: Cardiopulmonary Specialist. I must have made the right choice because I excelled in it, but I almost didn't make it.

He continued, "Most of the students had a medical background but mine was in photography. If it wasn't for a connection I made with a general while working as a photographer, I wouldn't have made it. That general told my instructor to keep me in class. That gave me the chance I needed and it's all about connections. I've made several connections over the years and because of that I've helped people along and put people in careers and all because someone gave me a chance. It gives me pleasure to give someone a chance just as that high-ranking benefactor gave me."

Since becoming a cardiopulmonary specialist, Kime has worked his way up to the administrative level as Director of Cardiology. He sets the example for his peers by being hands-on and working right alongside his co-workers. There is no job he will not do. 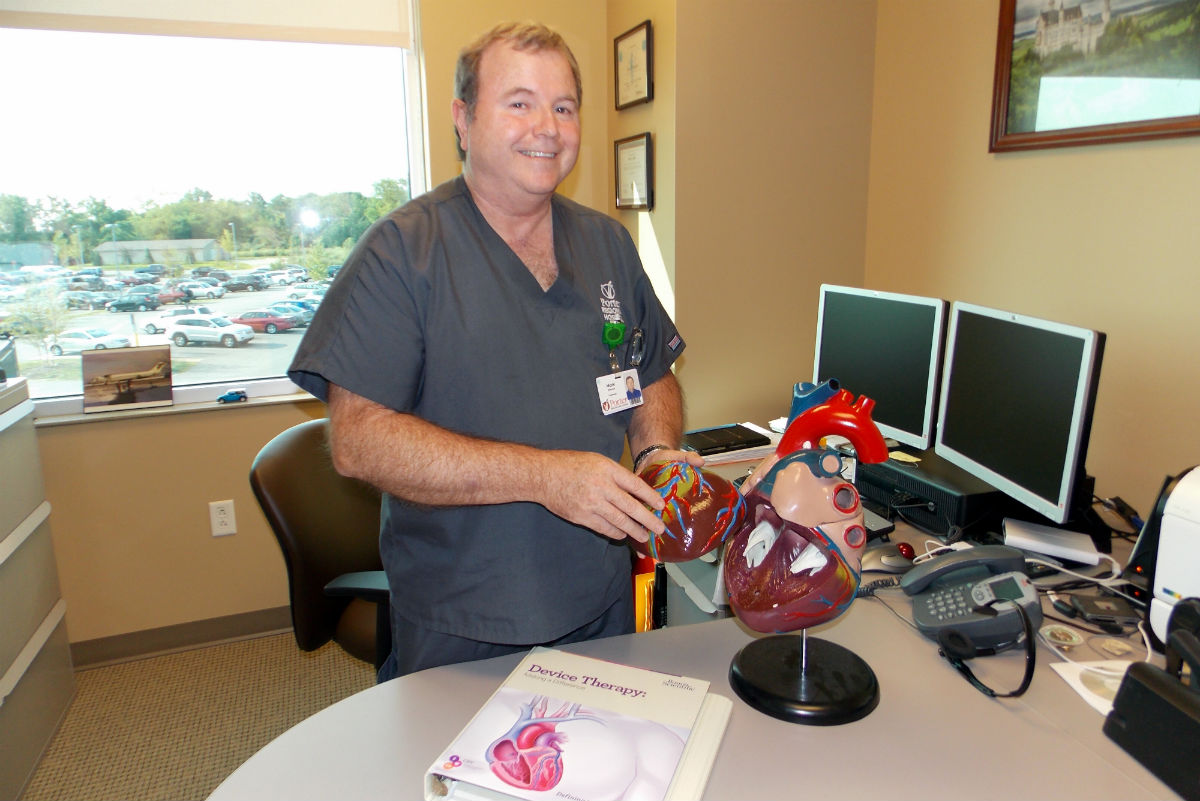 Sandy Oliver, Physician Network Administrator, said, "As a co-worker and as a peer, [Kime] is always willing to think outside the box and to find solutions to challenges without us feeling like we are imposing. He has a wealth of knowledge to offer."

Kime stated, "Since [becoming a cardiopulmonary specialist] I have 'polished the doorknobs' so to speak to the point that now I am in a position to be like that general who wanted me to stay in class. I can guide and teach correct principles so that people can govern themselves and that achieves success. I try to hire people that I feel are smarter than me and are more qualified than me because when you surround yourself by talented people that are high-quality and positive it's a recipe for success."

The Center for Cardiovascular Medicine has received national recognition and accolades from The Joint Commission, American Heart Association, Blue Cross and Blue Shield Distinction, Society of Chest Pain Centers, and the American Association of Cardiovascular and Pulmonary Rehabilitation. The center was also recently awarded a national accreditation for advanced cardiac ultrasound as well.

Kime stated, "We have a wonderful facility. With a hospital our size the awards and accreditations are phenomenal. I feel grateful to have played a small roll in that, but we are doing more and more every day. Dr. Marchand, staff and leadership opened an anticoagulation clinic to prevent complications of atrial fibrillation. Dr. Sehgal, Dawn Nelson, our nurse practitioner, and a team opened a chest pain center for early detection and treatment of heart attacks and also presently we are opening a heart valve center with the guidance of Dr. Jay Shah and Dr. Walid Khabbaz."

He added, "What sets the cardiovascular center apart is its progressive attitude, finding new advanced technology to invest in to make the best treatment decisions and to improve patient care."

Kime is highly focused on continued advancement in cardiovascular medicine but he is also focused on giving the best in patient-centered care. He said, "I recently finished pre-requisites for nursing school. After attending school, I have a renewed appreciation for our nurses and the sacrifices they've made to get to where they are. I want to continue to give back and so I am applying to school to become a nurse myself."