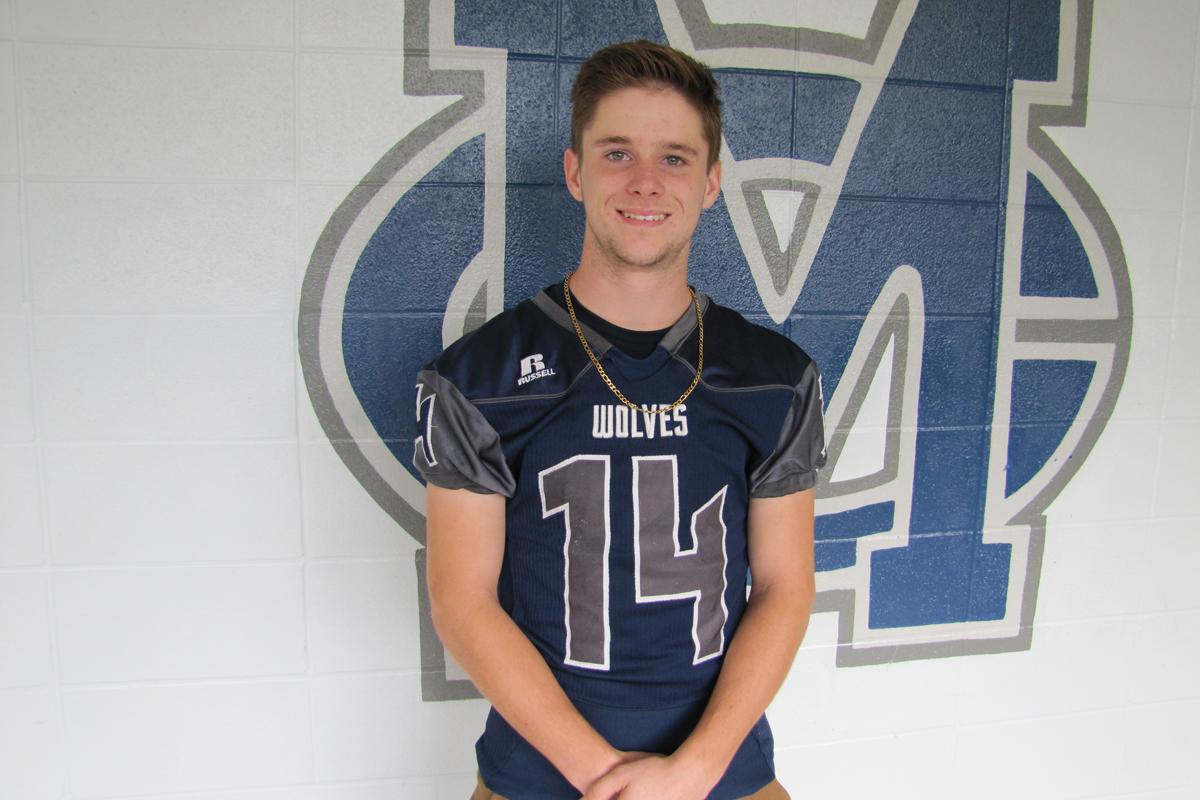 Wilhelm, son of Nicole Harvey and Jeff Wilhelm, has taken a full load of AP, Honors, and Dual Credit courses at Michigan City High School. He has exceled in Physics and Math at the high school level and earned a perfect score of 5 on the AP Physics exam. He also has taken several Project Lead the Way Engineering courses at MCHS. This year, through a partnership with Purdue Northwest, he attends PNW during the school day for an advanced Calculus course.

Wilhelm is a talented athlete, as well. He is a wide receiver for the MCHS Football team, and has been a key contributor for the Wolves since freshman year. He has been involved in football since age 5, and was a member of the National Championship Pop Warner squad from Michigan City. He enjoys playing league baseball, and plans to play baseball for the Wolves this spring.

In his spare time, Wilhelm is active in the youth group at his church in Michigan City, River of Life, where he has participated in a number of community service activities.

In college, Wilhelm intends to study Engineering, with a minor in Business. “My dream is to invent something and then make a business out of it,” he says. He is currently considering Wabash College, Purdue University, and several other universities with strong engineering programs. He also is considering playing football at the college level.

According to the National Merit Scholarship Corporation, the young men and women named Commended Students have demonstrated outstanding potential for academic success. “These students represent a valuable national resource,” said the NMSC in a release announcing this year’s Commended Students. “Recognizing their accomplishments, as well as the key role their schools play in their academic development, is vital to the advancement of educational excellence in our nation.”