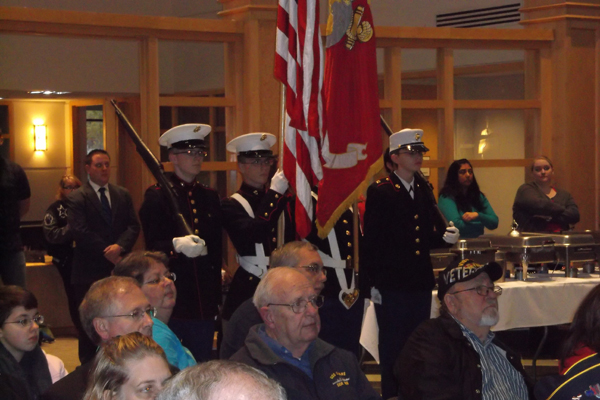 The Michigan City High School (MCJROTC) honored veterans by participating in three different ceremonies: November 7th at St. Paul Lutheran Church, November 11th, at Horizon Bank, and November 12th, at Elston Middle School. All ceremonies were moving, as many veterans reminisced on fellow servicemen, particularly those who died in combat, giving their lives for their country.

Major Tom McGrath, the Senior Marine Instructor, stated that the Color Guard cadets, although tasked with numerous commitments, always make time in their schedules to partake in these ceremonies. 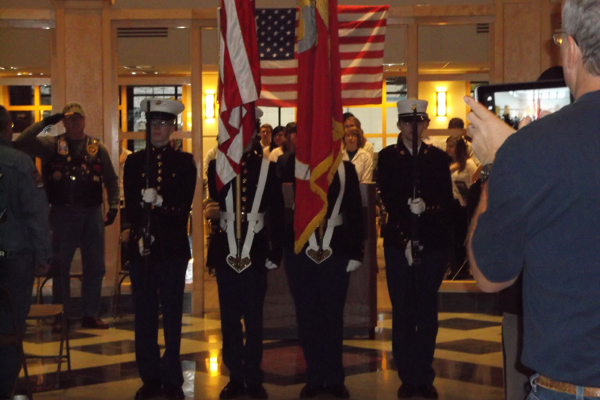 “Although we are busy throughout the year, this is a particularly busy time, with numerous ceremonial and operational commitments. Honoring our veterans is one of the most important ceremonial functions we perform. It is good for our cadets to participate with those who have served, and I think their serious attitude and sharp military drill adds much to the ceremonies.”

Master Sergeant Jeff Benak, the Marine Instructor, noted the appreciation from LaPorte County citizens. “With so many members of our community having either served in the military or had a family member serve, there is a deep sense of honor for our veterans. Our cadets do everything they can to uphold that honor.” 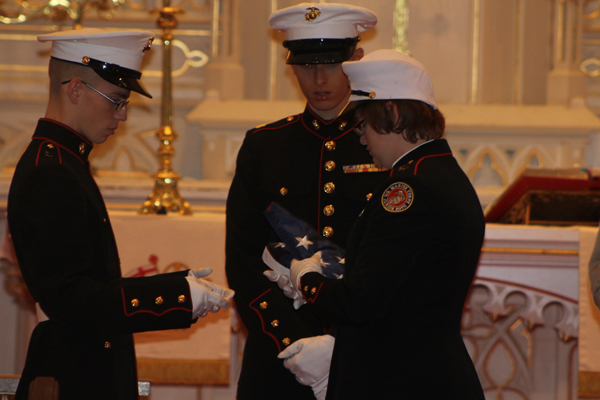 The MCHS MCJROTC would like all members of the community to attend the military skills competition that they will host on November 23rd at Elston Middle School. 12 schools from Indiana and Illinois will compete in marksmanship, physical fitness, academics, personnel inspection and military drill. The competition is being sponsored by the local chapter of the Marine Corps League. Admission is free.