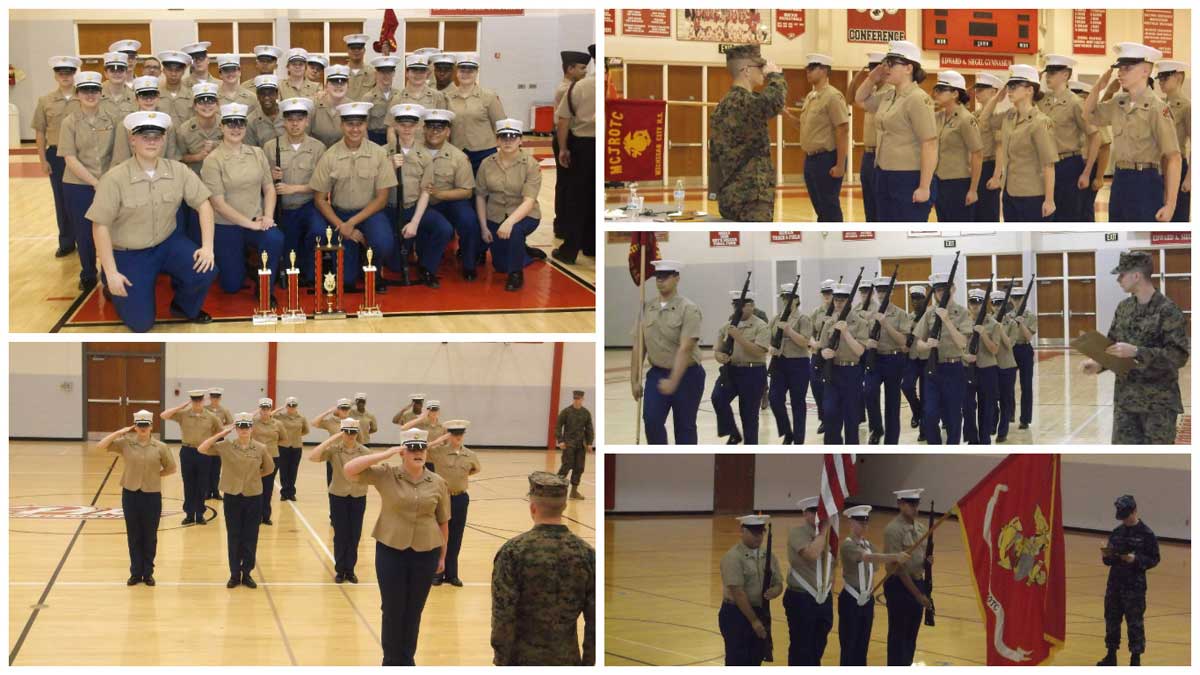 East Aurora has the largest JROTC program in the world with 750 cadets. Michigan City has 91 cadets.

“To finish so well against very stiff competition is really a tribute to the hard work and dedication of our cadets,” said Senior Marine Instructor Major Tom McGrath. “We placed ahead of schools that compete at the Navy National JROTC Drill Championships in Daytona Beach, Florida in May. You know that those schools are really working to be on the top of their game at this stage of the year.”

Master Sergeant Jeff Benak, the Marine Instructor, echoed McGrath’s sentiments on the work ethic of the Michigan City cadets. “It takes much commitment to be at practice every morning at 5:45, but you can see the rewards our cadets have earned with their constant striving for excellence."

Michigan City’s next drill meet will be another very competitive meet at Concordia High School in Ft. Wayne on March 19. The week prior to that meet, cadets will be supporting the Indiana High School Athletic Association regional boys’ basketball tournament by providing parking support for the approximate 14,000 fans that will visit the Wolves Den. Cadets will be providing the Color Guard for the semifinal and final games, as well as with helping with security. In between the semi final and final games, the cadets will march in the Michigan City St. Patrick’s Day parade, also being held on March 12.