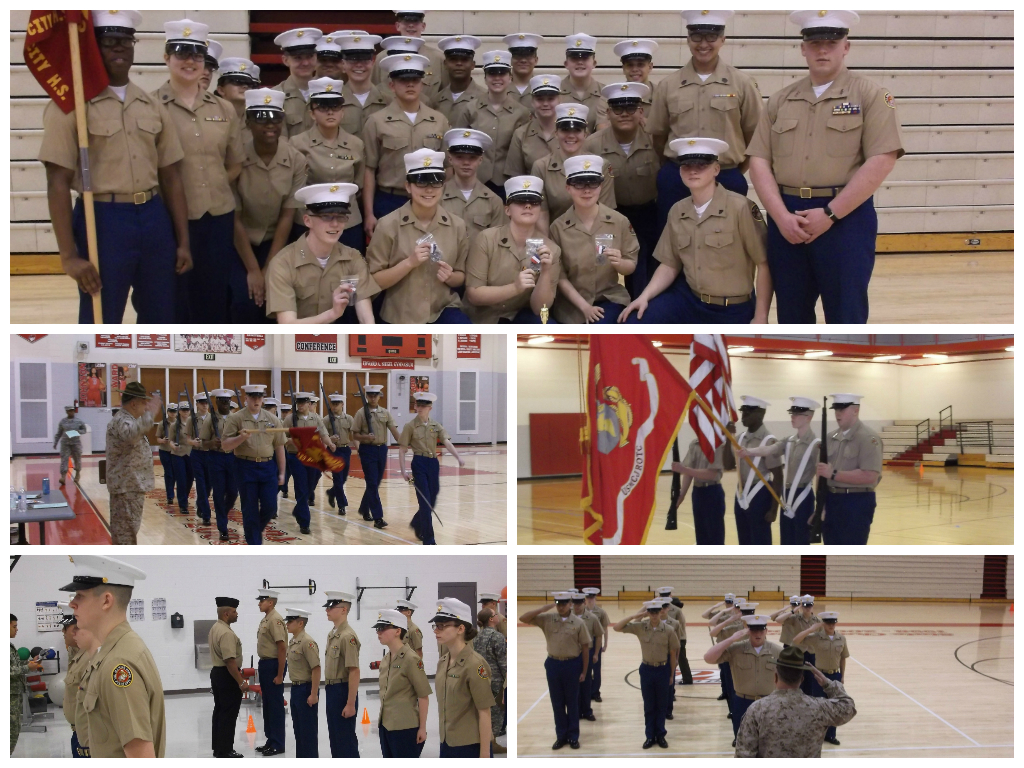 “Our cadets performed well here today,” said Marine Instructor Master Sergeant Jeff Benak. “Although there are areas where we can still improve, we have been consistent in all of our drill meets this year in being competitive and placing in most of the events.”

Major Tom McGrath, the Senior Marine Instructor, also had high praise in the cadets’ ability to be prepared for each drill meet. “This was our sixth drill meet, and our cadets have demonstrated that they come to perform well at every meet. We still have work to do to be the overall winner for our next drill competition at Romeoville, Illinois, on March 21st.”

The cadet will have a busy March. In addition to the Romeoville drill meet, they will march in the Michigan City St. Patrick’s Day Parade and do a Color Guard for a convention at the Blue Chip Casino on March 7th. The cadets will support the Boys Regional Basketball Tournament by providing parking guides, security and Color Guards for both the semi-finals and finals.

Already looking forward to next year’s drill season, the instructors will hold a drill clinic on March 28th.