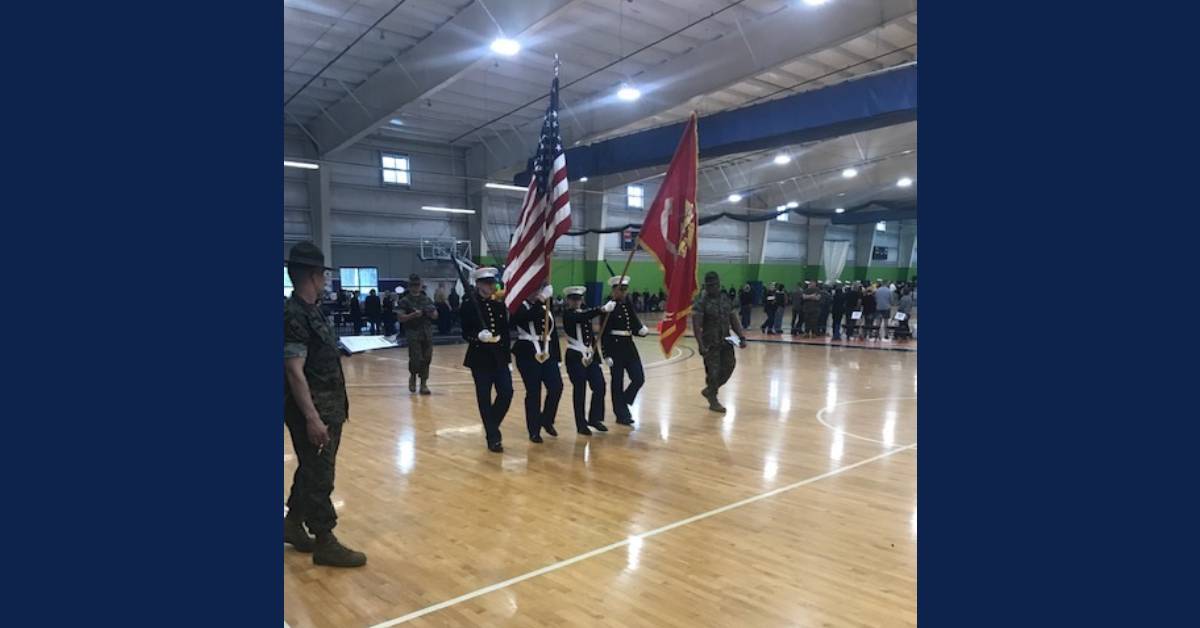 The objective of the camp was to provide the techniques and strategies that make a champion drill team.  The instructors at the camp came from schools that have been perennial competitors at national championship meets.  MCHS cadets came away from the camp with the knowledge of what it takes to win a national championship, and the motivation and confidence that it can be done at Michigan City.

“We have qualified the last two years for the Marine National Championship,” said Senior Marine Instructor Major Tom McGrath.  “This year, we want to do more than qualify.  It is a great honor to be one of 16 schools out of the 250 nationally to make it, but I have the confidence that our cadets can win the whole thing.”

Master Sergeant Jeff Benak, the Marine Instructor, also was optimistic about next year’s drill team.  “Although we lost many seniors, we have some really motivated underclassmen ready to take their place.”

The cadets will remain busy through the summer.  In addition to voluntary drill practices, three cadets will be attending a Senior Leadership Camp in Boswell, PA, from July 21-27.  Cadets will be assisting with the set-up and running of the Michigan City Area Schools  (MCAS) Back-To-School Rally on August 8th at the old Elston practice football field.  The rally provides free school supplies for all MCAS students.  Cadets will also assist with Freshmen Orientation on August 13th, the day prior to classes starting  for all MCAS schools.