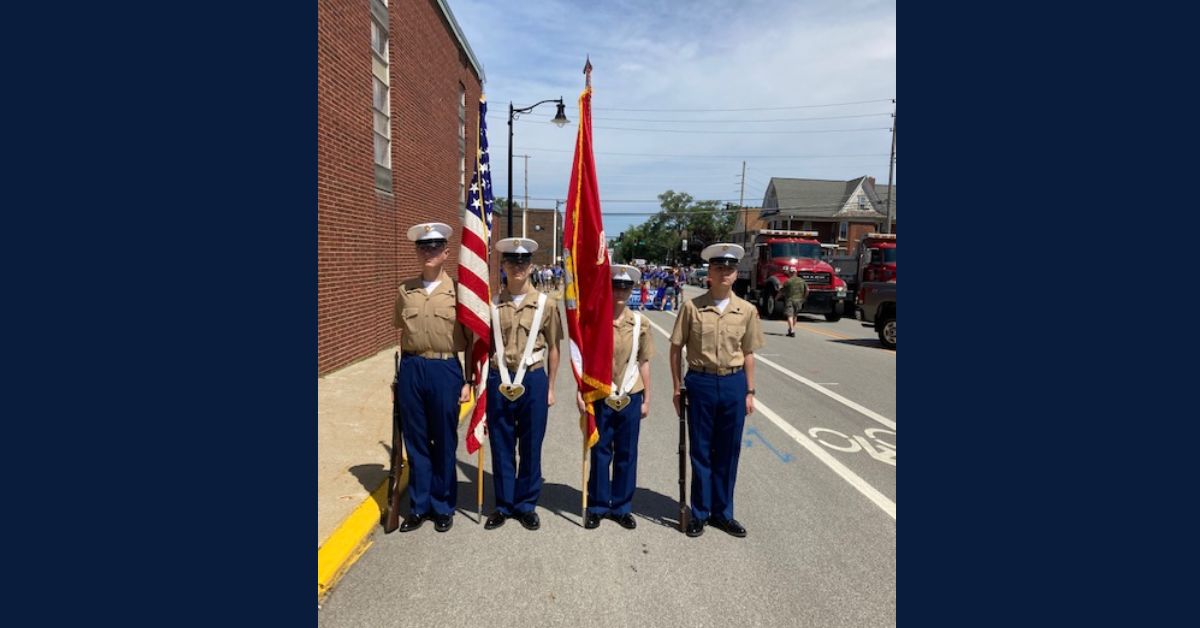 Michigan City High School (MCHS) Marine Corps Junior Reserve Officer Training Corps (MCJROTC) cadets Marcus Mantel and Matthew Wilson attended the National Military Drill Camp at Schreiner University in Kerrville, Texas, which was held July 6-12.  The objective of the camp was to prepare cadets to command units in military drill competitions and provide them with drill skills that are specific to the JROTC (“armed and unarmed exhibition” drill).  The camp, like all MCJROTC activities, was conducted at no expense to MCHS or the cadets.  The Marine Corps paid for the camp and transportation to and from Texas.

“Both of these cadets are superlative representatives of MCHS,” said Senior Marine Instructor Major Tom McGrath.  “In addition to their dedication to the Drill Team, they are outstanding students and do many hours of community service.”

Master Sergeant Jeff Benak, the Marine Instructor, noted the maturity and potential of each cadet.  “They are only sophomores, but they have stepped up to assume leadership positions in our program.  With their positive attitudes, they really set the tone for other cadets to follow their leadership by example.”

Both cadets had nothing but praise for the camp.  “It was great to talk to other cadets from all over the country to get their perspective as to how their programs are run,” said Wilson.

Mantel noted the “tricks of the trade,” particularly dealing with exhibition drill, that he learned at the camp. “I am really looking forward to sharing this knowledge with the other  cadets on the drill team.”

MCHS is looking forward to the upcoming drill season and trying for a berth in the National Championship meet in Washington, DC next April.  The Wolves have qualified for the Nationals twice before the pandemic.  With leadership from Wilson and Mantel, they are optimistic about earning a spot for the third time.