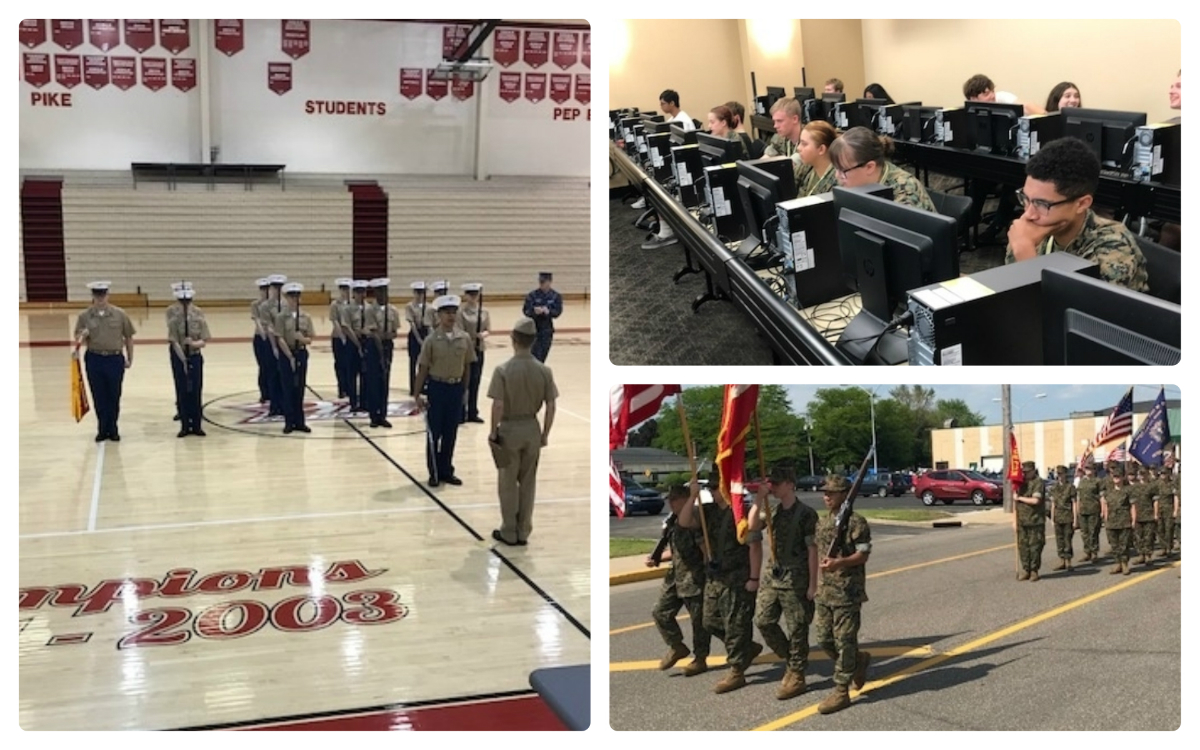 Cadet First Lieutenant Tyler Stockley of the Michigan City High School (MCHS) Marine Corps Junior Reserve Officer Training Corps (MCJROTC) attended the National MCJROTC Senior Leadership Camp at the Missouri Military Academy in Mexico, MO. Stockley was one of 100 cadets out of the approximately 22,000 cadets nationally. The camp was funded by the Marine Corps, costing MCHS and the cadet nothing. It placed cadets into leadership scenarios where they had to make decisions to solve problems and guide the other cadets to accomplish a mission.

“First Lieutenant Stockley is an exceptionally well-rounded cadet who excels in every aspect of our program,” said Senior Marine Instructor Major Tom McGrath. “A commander on our Drill Team, captain of our Raider Team, and a member of our Cyber Patriot Team, he is a true leader by example who also dedicates many hours of his time to community service.”

Master Sergeant Jeff Benak, the Marine Instructor, also commented on Stockley’s versatility. “It is rare to have a cadet who does so many things so well. He is a tremendous asset to our program and our school.”

Stockley plans to apply for an ROTC scholarship and eventually serve as an officer in the military. The scholarship provides up to $180,000.00 in educational benefits. The starting base salary for an officer at the lowest pay level is approximately $35,000 per year. Health, dental and vision care are provided at no cost, as is on-base housing. Officers also receive an additional $254.00 per month for food.