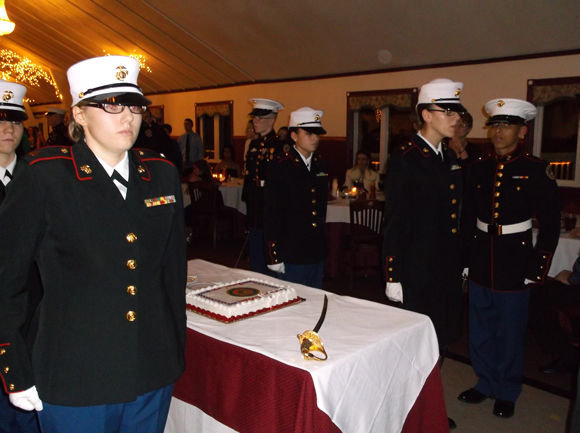 The United States Marine Corps will turn 238 years old on November 10th. To honor the Marine Corps’ gallant history in war and peace, the Michigan City High School Junior Reserve Officer Training Corps (MCHS JROTC) conducted a military ball on November 1st at the Pine Grove Banquet Hall in LaPorte. The Ball started with a ceremony that is executed by Marines world-wide on or near November 10th. The MCHS JROTC cadets filled all of the positions in the ceremony. U.S. Congressman Mike Visclosky, who represents the Michigan City/Laporte area in the U.S. House of Representatives in Washington, delivered a videotaped speech. The Congressman praised the JROTC program for its efforts in developing future leaders for our community and nation, the cadets for their dedication to the core values of the Marine Corps, and Dr. Barbara Eason-Watkins for the leadership she has provided for the Michigan City Area Schools.

“This is our biggest social event of the year,” said Senior Marine Instructor Major Tom McGrath. “Although we have so many activities in which cadets participate, this is the one event where we have a military ceremony, a formal meal, and then music and dancing for the cadets. It is a good way to bring the cadets and families together socially before we start the busy drill team and rifle team competitions.” 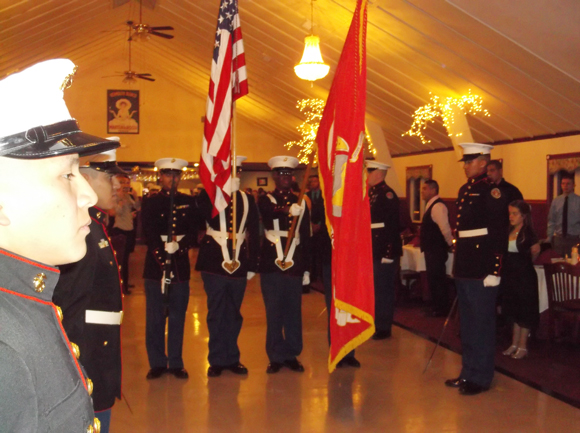 Master Sergeant Jeff Benak, the Marine Instructor, stated that this was one more demonstration of the high quality of Michigan City High School students. “If anyone has any doubt that Michigan City High is preparing our students to be productive citizens, they should have seen our kids tonight. They behaved professionally and looked like a million bucks.”

The ball was held on November 1st because cadets will be helping with the Michigan City Craft Fair the weekend of November 8-9. The following weekend, cadets will be competing in the Cyber Patriot national computer defense game. On Saturday, November 23rd, the MCHS JROTC will be hosting a military skills competition at Elston Middle School from 8:30 am to 3:30 pm. 10 schools from Indiana and Illinois will compete in marksmanship, academics, physical fitness, personnel inspection, and military drill. It is open to the public. Admission is free.