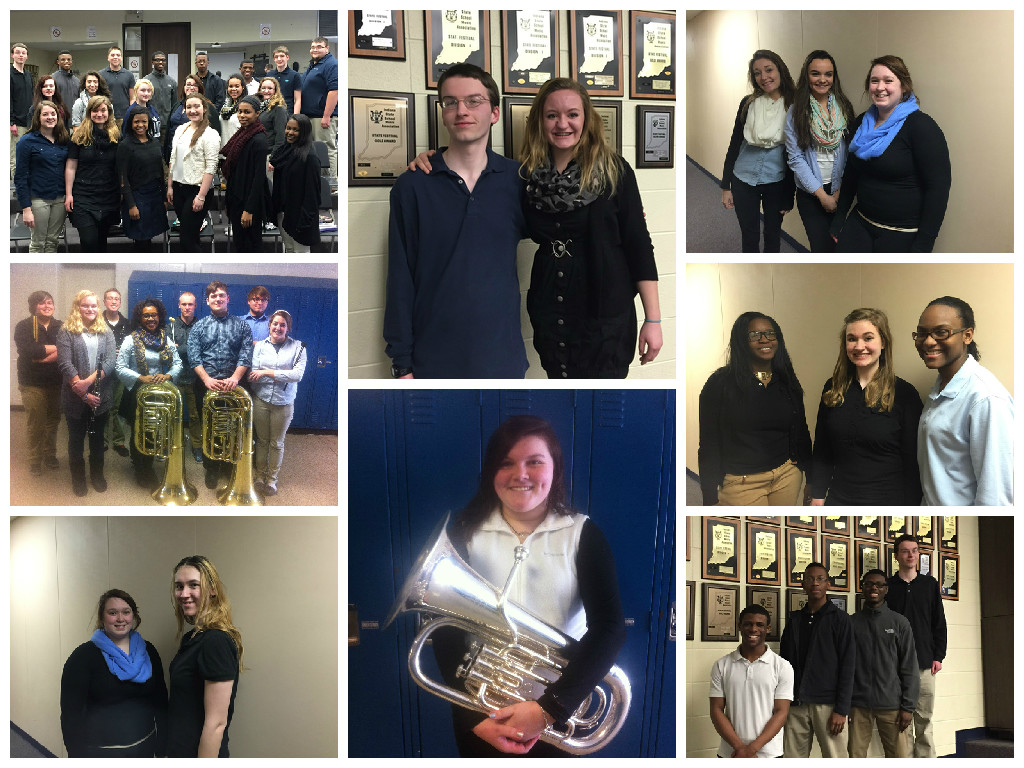 Vocal soloists and ensembles from Michigan City High School earned Gold medals at the ISSMA district level contests on music of the highest difficulty level (Group I), qualifying for State competition in Indianapolis at Perry Meridian High School. Many of these students again earned Gold or Silver at the State level.

In addition, for the first time students from Pine Elementary, MCAS’ Magnet School for the Visual and Performing Arts, performed at the district-level ISSMA contests. They were one of the only elementary schools in the region with students participating in ISSMA, which is typically attended by students of middle school age or above. Many of the Pine students earned Gold medals for solos and ensembles.

Congratulations to the following MCAS students:

Because they received Gold in Division I, Rebecca Richmond, Caitlin Martinez, and James Anthony all advanced to the State competition as did three ensembles. Richmond and the City Singers received Silver ratings at State. Martinez and Anthony each received Gold ratings at State for solos; the Martinez/Tripp/Plyplatz trio and the Hervey/Anthony/Lester/Toney quartet also achieved Gold in Indianapolis.

From Pine Elementary Magnet School for the Arts