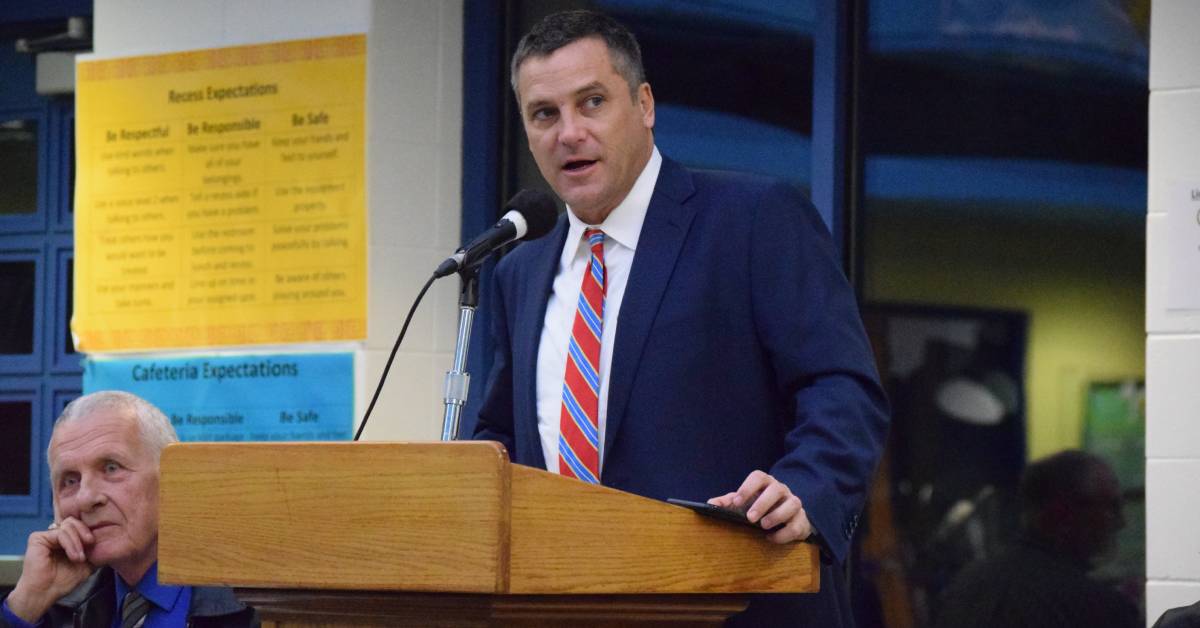 Every year, the Mayor holds a night out for each district of Hammond, inviting the community in to ask questions and voice concerns to which he and his team answer to the best of their ability. Mayor McDermott kicked off this year’s Mayor’s Night Out series with district 4 at O’Bannon Elementary School where community members filled the cafeteria.

For the mayor and his long line of department heads with him, no question goes unanswered. Special Events Coordinator, Donna Muta, knows that people need to know what’s going on in their communities and if they’re involved, they’ll care more about what’s happening, which is a great resource.

“The mayor does these [night’s out] because he wants the public to feel like they have access to their mayor,” Muta said. “Things get done at these meetings when we follow up afterward.”

Mayor Tom McDermott is in his 16th year as Hammond’s mayor, and he’s proud to be a part of the turn-around he’s seen and glad to be a part of a team that is so dedicated to their community. From vacant lot concerns to job openings around the city, McDermott made sure attending members knew what their government has been up to.

“The Mayor’s Night Out is driven by the community’s questions and everyone is encouraged to voice their questions so that we can follow up and make sure the community’s needs are met,” McDermott said. “Hammond is the biggest city in Northwest Indiana and sometimes it’s tough being the mayor of a 130-year-old city, so there’s a lot that needs to get done.”

Events like this are important for the community so that they can educate themselves on the mayor’s public policies, what’s going on in their district, events, projects, and everything in between. Community members Janice Polka and Ruth Mores enjoy being a part of the city of Hammond and look forward to seeing what Mayor McDermott is going to do next.

“I like to stay on top of what’s going on in the city so I can relay it back to my crime watch meeting,” Mores said. “I think Mayor McDermott has been really great the past couple of years, he’s got the city together, it’s working very well, he’s got very good people on his staff, and he’s really part of the city”

“I’m very involved with the city and I love my city and anyone that needs help I’m always there for them,” Polka said. “I’ve been in Hammond for 37 years and I’ve seen all the good things that Mayor Tom has done and it’s only getting better.”

The mayor will hold a night out for each district on the following dates and locations. Dates and times are subject to change.  All programs are from 6:30pm-8:30pm:

For more information, go to www.gohammond.com.