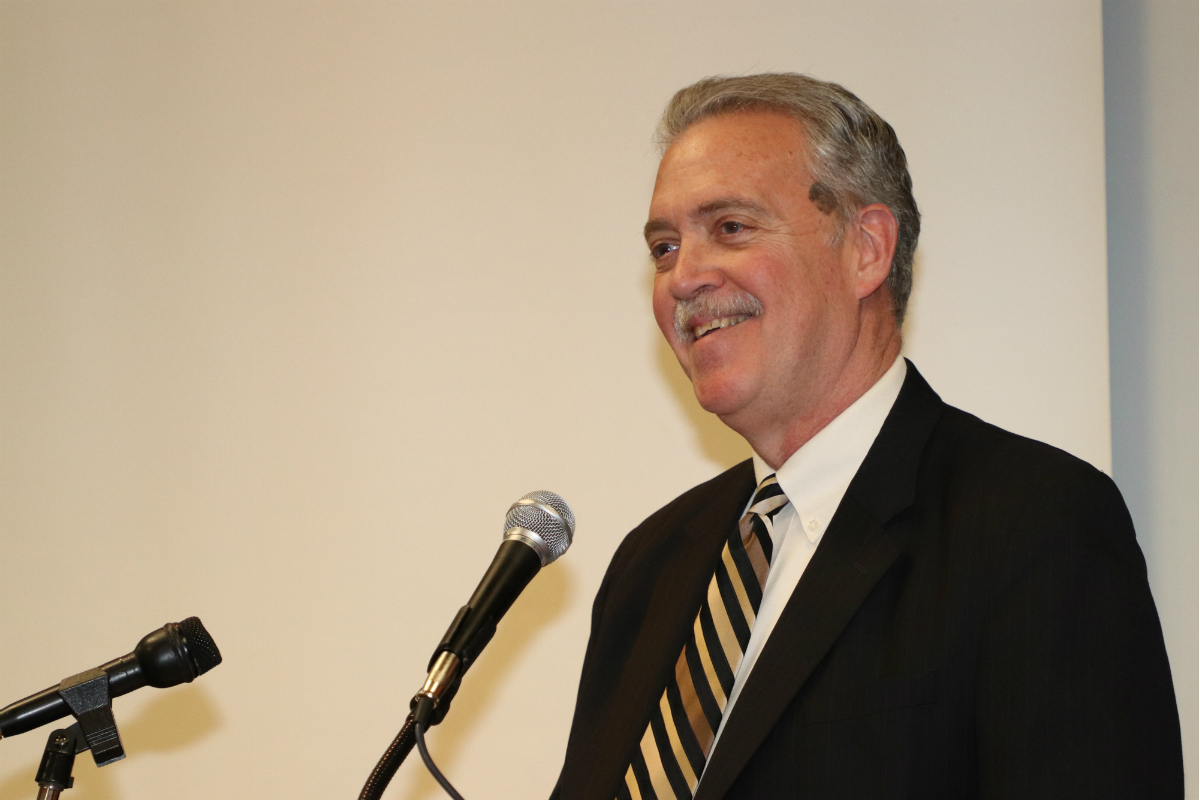 For Rita Mrozinski, President and CEO of the La Porte Chamber, the afternoon wasn’t as much of a meeting as it was a celebration, one that encapsulated the essence of a united La Porte community.

“The community as a whole needs to give itself a pat on the back, because it takes a whole community to get things done,” said Mrozinski. “We just stand behind each other and we do what’s best for our children, our grandchildren, businesses, and everyone in the community.”

Drew Geese, the Marketing Director at the La Porte Chamber, agreed with Mrozinksi, adding that there was a unique energy in the air at this particular State of the City - perhaps due in part to the presence of new Mayor, Mark Krentz.

“Every year we feel like the city is really innovative and does great things, and tonight is a great way to highlight that, along with all the things to look forward to in the community,” said Geese. “I think this year in particular is exciting because we do have a new mayor, and it’s always nice to see a new and fresh perspective.”

That anticipation was indeed felt throughout the banquet hall, and materialized as a hush over the crowd overtook the banquet center when Mayor Mark Krentz took the podium. In a moment, the buzzing conversations gave way to a speech that encapsulated the tremendous achievements that the city has seen as of late.

However, before listing off milestone after milestone the city has seen and accomplished - from TransPorte boasting the first 100% alternative-fuel fleet in the state, to the Waste Water Department’s completion of the Ridge Street sanitary sewer replacement project, to the revitalization of the city’s downtown’s facade - Mayor Krentz expressed his humility and gratitude toward the work of previous La Porte mayor, Blair Milo.

“Let me first say thank you to Blair Milo, for her enthusiastic leadership,” said Mayor Krentz. “I’m not seeking credit or recognition for her great accomplishments, I just want to keep the ball rolling in a positive direction.”

Milo resigned from her position as mayor last summer, after Governor Eric Holcomb announced that he had selected Milo to become Indiana’s Secretary of Career Connections and Talent. Still, as evidenced by the prosperity of the La Porte community and the energy at this year’s State of the City, Mayor Krentz has pushed to continue Milo’s positive influence throughout the community.

Toward the end of his speech, honing in on how challenging it can oftentimes be for every citizen to come together to address the needs of the community, Mayor Krentz transitioned his focus from the specifics of La Porte’s recent prosperity to a more broad and unifying message of hope.

“In today’s world, it’s easy to get overwhelmed, but hope is available to everyone,” said Mayor Krentz. “When one has hope, optimism and well-being follow. Hope doesn’t mean wishful thinking, but instead, it means setting clear and attainable goals, developing a plan to meet those goals, and staying motivated when the going gets tough.”

The short speech was well-received from the afternoon's attendees, and more than a few rounds of the applause came from Fonda Owens, the director of La Porte County Public Library

"It was just a really positive message, and I really liked the way he ended it talking about hope,” said Owens, going on to say, “I really like how he’s been able to sustain efforts that were started before he came into office.”

Local entrepreneur Rene Ray, the founder and CEO of R Squared Strategies, agreed with Owens on Mayor Krentz stepping up to fill the big shoes that were left for him.

“It was tough to see Mayor Milo move on to bigger and better things,” said Ray. “But I love that he is continuing so much of what she had started, and I really look forward to watching the fruits of Mayor Krentz’s own work take shape in the near future as well.”