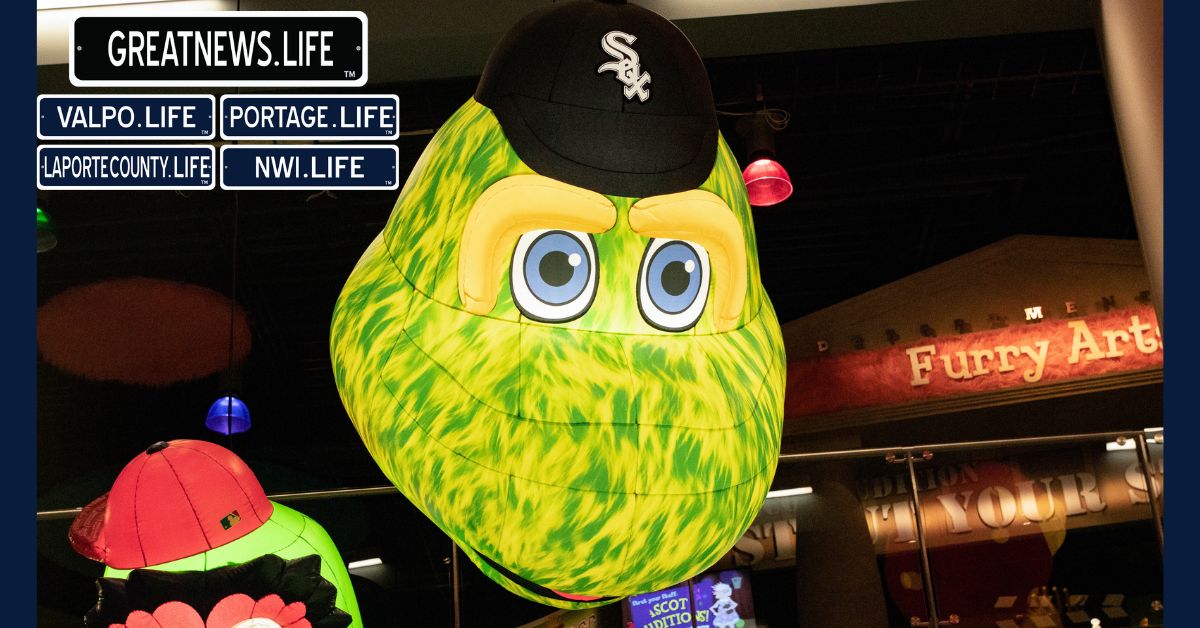 On June 17, the International Mascot Hall of Fame hosted its first-ever Behind the Fur event which featured personal stories and accounts from some of the Mascot World’s biggest names. This was a one-of-a-kind event as the active mascots were on stage and out of their suits; an incredibly rare sight in the mascot industry.

Behind the Fur was moderated by Mascot Hall of Fame Executive Committee Chairman Joby Giacalone, who is a veteran mascot himself. Giacalone commented on the importance of Behind the Fur before the discussion began.

“We’re going to peel back the curtain of what it’s like to be a mascot performer or part of a mascot team,” Giacalone said. “We’ve kept it kind of secretive. Not because we want to keep it a secret, but we don’t want to take away that wonderful illusion of the mascot being real.”

Joining Giacalone were Kevin, Zoltan, Frank, and Brad, who perform as Southpaw of the Chicago White Sox, Globie of the Harlem Globetrotters, Boomer of the Indiana Pacers, Sluggerrr of the Kansas City Royals, respectively. In addition to these current mascots, Shari LeMonnier, wife of the late Dan LeMonnier who performed as Benny the Bull for 18 years, joined the panel to offer eye-witness accounts of the mascot industry.

To keep up the wonderful illusion of the mascot, guests were informed not to take any photos, and all active mascots only gave their first names.

Frank was required by the Indiana Pacers to participate behind a screen to further uphold the security of their mascot.

To start the night, the panelists were asked about the first mascot they performed as, how many mascots they have performed as, and recounted unbelievable stories and experiences. Kevin spoke about his experience at the inaugural Field of Dreams game between the White Sox and Yankees, and Kevin told the story of the time he met Mike Tyson as Boomer. Although the meeting between the two resulted in Tyson punching Boomer, this was one of the most unique stories of the night as not many people can say they have been punched by boxing legend Mike Tyson.

One of the most heartwarming stories of the night came from LeMonnier after Executive Committee Chairman David Raymond asked the panelists to recall a human moment that they had in character. LeMonnier spoke about a time when a woman asked her about her husband performing as Benny the Bull for a Make-A-Wish kid. LeMonnier apologized and said no as this was something Dan LeMonnier did frequently. The woman assured her that it was okay and just wanted to let her know that for the rest of her child’s life, they looked back on that moment and always smiled.

After answering the first round of questions, the panelists took a break and returned to answer questions from the audience. This round mainly focused on the mascot industry itself. The panelists encouraged anyone who wants to get into this industry to actively pursue their goals, and to take advantage of all opportunities, as well as take classes in improv, dancing, and gymnastics. They were also very candid in discussing how this can be a fun career that also has avenues to pursue other roles within a professional sports organization.

It was incredibly eye-opening to hear the first-hand accounts of such a unique profession. Oftentimes the mascot is the face of an organization, yet many people take them for granted. That is what makes these performers so special. They don’t enter this profession for glory, fame, or million-dollar contracts, they work for the noblest of causes- the joy of others.

Ann Deborah and Al Spajer, sponsors of the event, have a passion for educating children while providing entertainment. Behind the Fur offered both education and entertainment at the highest levels.

“We see the Mascot Hall of Fame as a place where people can come and get entertained, and kids can get entertained, but there’s a lot of subliminal knowledge passing to them,” Al Spajer said. “This place gives kids a chance to expand their mental horizons.”