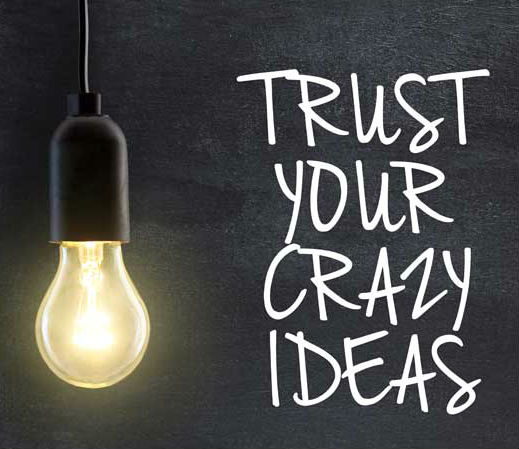 8 Years of Life. Our 8 Year Old Life: A Story of Perseverance and Positivity

We launched ValpoLife.com eight years ago as a grand plan you could probably fit on the back of a business card. It was just three employees and I, there above my garage, working. Based on a strong hunch, a desire to do something different in the second half of my life that fed my soul, and a resounding vote of no-confidence across every traditional media executive I suggested it to at the time, we set out with a mission. We were going to be the good news people. A hub of everything positive you could imagine about Valpo, and stick to that dead simple concept in what stories we told; pictures we took; videos we made; people we engaged with; organizations we served; and comment or tweet made online. 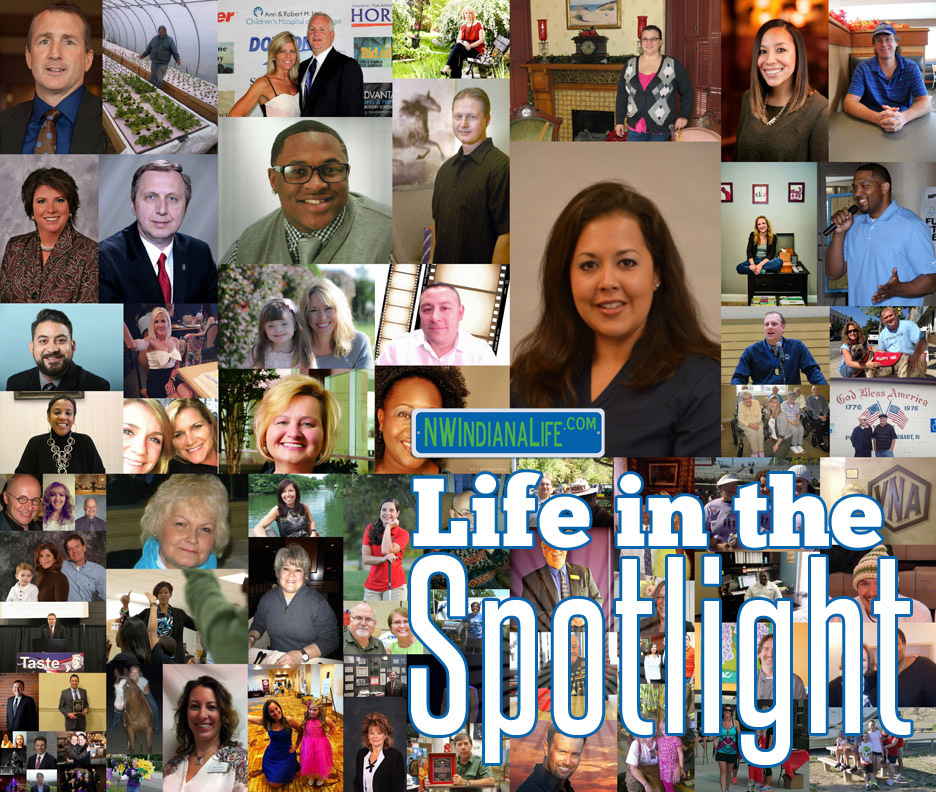 This all seemed simple to me - how hard could this be? You pull a bunch of information from good people that have news to share, that doesn't get the attention it deserves via traditional outlets; go out and tell everyone about it, and do it with a passion that overcomes whatever life throws your way.

For every citizen, teacher, coach, pastor, non-profit, fundraising organization, student, player, or all the other folks that are not "advertisers", who have a story to share but not the dollars to do it. They get a free positive PR network for their news and events, we will be incredibly quick and effective and we'll make it so easy to do you would be crazy not to.

Then go do that for advertisers who want another option to reach the online world and do it in an engaging storytelling way that really connects people to the organization vs. just running an ad. Put that idea in motion in Valpo and then we could do it everywhere. If I could get a crude oil price quote or a Dow Jones News story around the world in under a second, this local good news thing would be all sunshine and butterflies, right?

Change is hard - whether or not change is good.

Was I ill prepared, overly optimistic, or nuts in that idea? I would cop to all of the above, and would add stubborn, and a bit too blunt coming from my days dealing with traders who did not actively practice the art of diplomacy. My aversion to structure, formality, suits and ties, and a nature of passion over process sure did not help along the way. But changing something for the significantly better, and adding a massively positive influence to a community, county or region, and doing it for either low cost or in most all cases, no-cost, is way the heck harder than my logical mind ever imagined it to be. 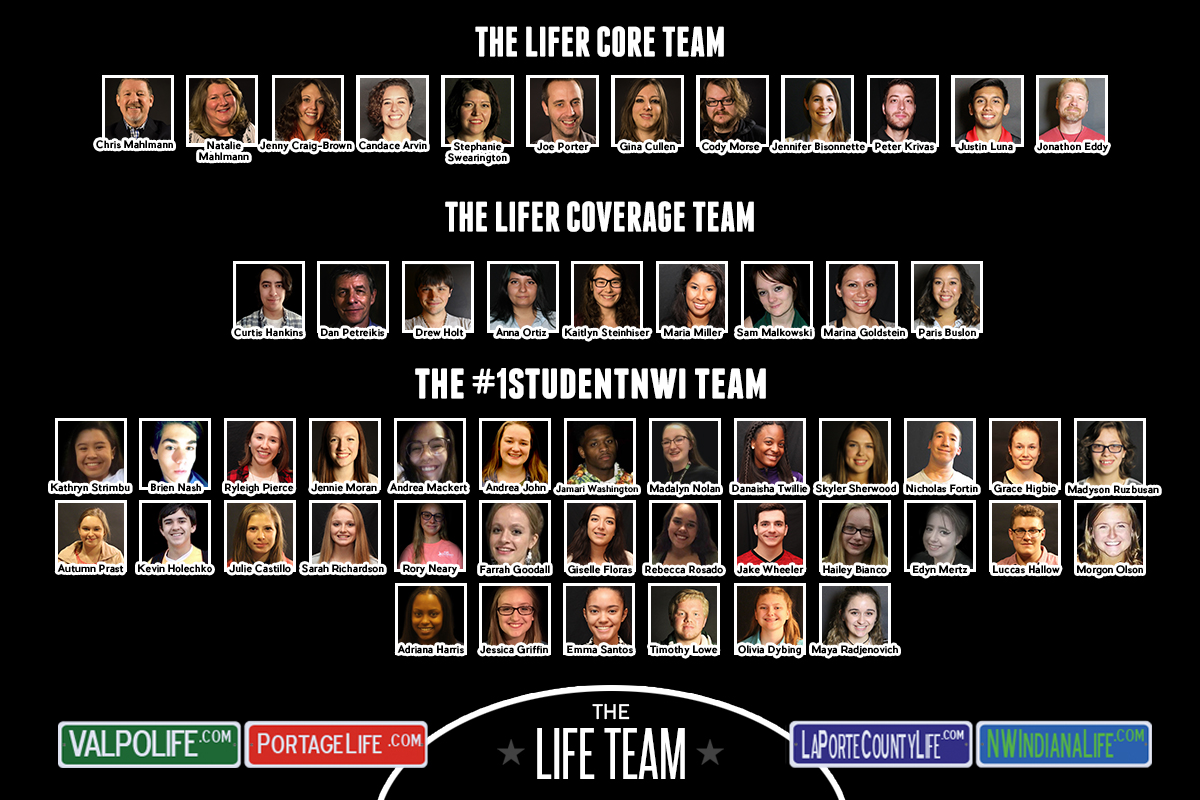 I for sure understood that others in the traditional media world may not welcome us with open arms, but that is just a competitive business situation. They theoretically had something to lose if this little startup of good grew, based on an outdated model of this being a zero sum game, so I understood their logic. The brightest of them have learned or will learn that media is consumed not from one, or two, or three outlets anymore - it is consumed across every physical and electronic platform that exists. Find your reader/viewer/consumer, do what you do best to create a spot for you in their day, and there is room in the sandbox for everyone. A lot more efforts have been put towards old school intimidation vs. just raw competition in those 8 years than I expected.

But again, that is just business.

We never waver from our core of all positive community oriented content, and that leaves the whole rest of the hard news world that we don't touch and never will for everyone else. Our sustained focus has opened the eyes of many to create a partner relationship with us vs. an adversarial one.

But then again, Trailblazers never know what's beyond the trees...

I was clueless however, about the politics involved in each city and organization in terms of getting or staying in their good graces, starting the flow of information back and forth, and having them like what you do. Coming again from a market-based mentality, how could a mayor or head of chamber, athletic director, tourism chief, or non-profit leader work against your mission? If it promotes the good in their community, helps celebrate all those who don't have good means to get their positive message out, and is free to use, the worst you could be is neutral, my mind naively predicted. 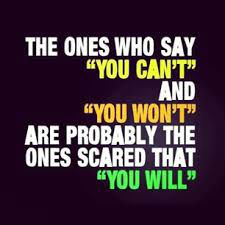 Whether influenced by media partners; politics, friends in the business; ego; loss of control of information issues; or just resistance to anything new; we learned the hard way that "good news" is not always an easy sell. "Who are you to tell us what good news is in Valpo - you are from Chicago,” people would say. Or, the naïve: “Social media is a fad," idea. And there were even the games, the “you like him or her so we can't like you,” or "so and so told me not to deal with you guys.” All the way down to the inexplicable: "No thanks - we are not interested even when it is free.” We’ve heard these hundreds of times more than we could have imagined.

Once after speaking for a group, an older woman came up and said: "you seem like a smart guy that knows a lot of numbers, so what is the ratio?" I asked her to help me understand better the question since I was not sure if she was asking me about subscriber numbers or social media statistics. She very firmly said "Good people to bad people. You meet and read about all these people in these communities, so what is the ratio?" How simple her question and how telling an answer to why the journey to making it to 8 years is worth every challenge self-made or external that we have faced. "100 to 1" I replied, and keeps getting higher the more people we meet".

For every doubter there was 100 that believed, for every adversary there were 100 friends, and the ratio of scorn to smiles is off the charts.

Lifers Matter - no idea can live without them.

These people, starting with the first three in that hot room above the garage, everyone who spent some of their life here over the last 8 years, and the 20 we have now, plus over 20 on the student journalism team, have taken that core idea, battled every challenge that has been thrown at them, and won. 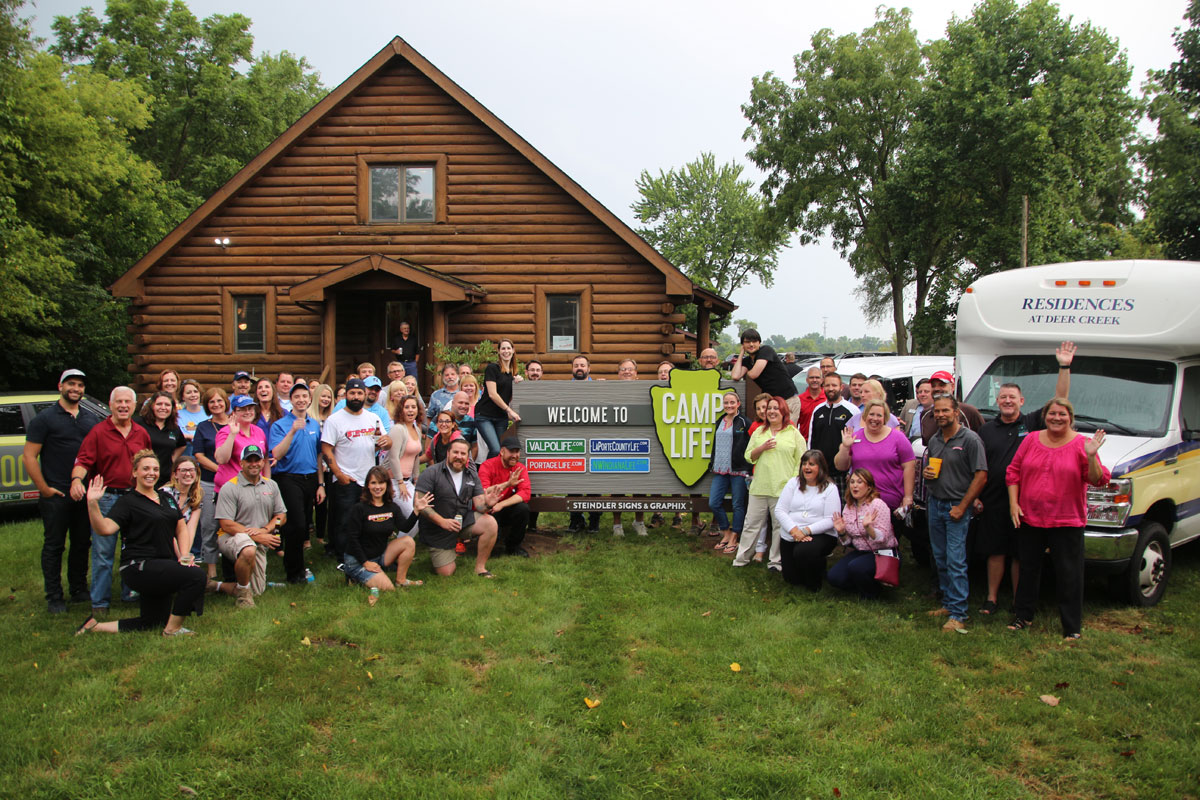 They have worked together to create a culture, where being a “Lifer” means something way more than being an employee of an online information publisher. Mission matters more than money, and the ultimate evaluator of our work is whether or not the community that we serve is better off for us being there. Thousands of moments where one of those crazy Lifer people went beyond being nice and good, and reached for off the rails rocking with their time, love and talents made that possible.

So what would I tell "DearMe" if I could jump back eight years ago now knowing how much harder it would be, how much longer it would take, how many more people there are likely to be a foe than a friend to life, even knowing how many dumb mistakes I would make in leading us here - would we do it? 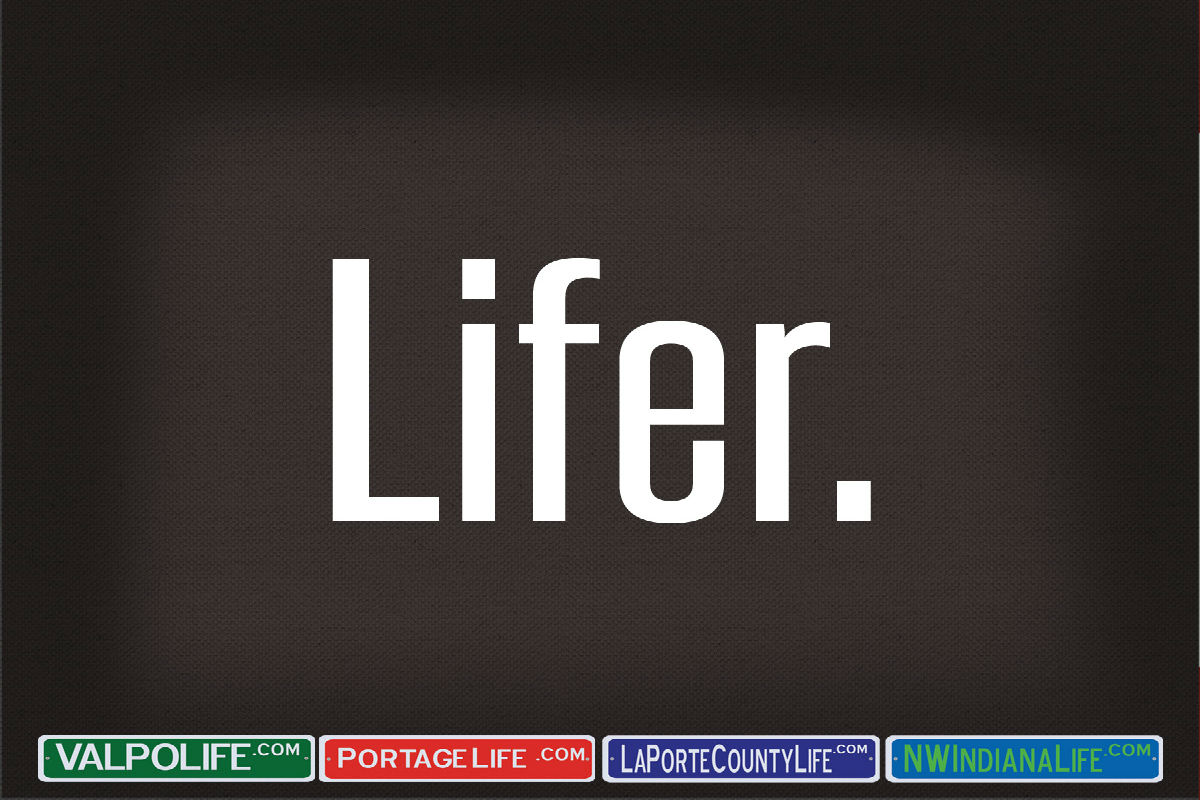 8 years later we have 2600 contributors to the Life network sharing their good news story; have published 60,000+ articles; created over 1000 videos; taken more than 350,000 photographs; have attended hundreds of events; met thousands of wonderful people doing good things; and have built the largest living library of good across Northwest Indiana. We engage, every day, 62,000+ fans on Facebook, over 25,000 followers on Twitter, have more than 66,000 unique readers of the site, and thousands of kids, coaches, parents, and partners large and small. Every one of those interactions involves being at the center of someone good passing along something positive, and then people not only around the region, but often around the world, engaging with that story, liking it, commenting on it, sharing it, tweeting it, or emailing it on.

Millions of times something positive has been reported on in Northwest Indiana because we asked and answered the question of whether you could build a network around just good news. 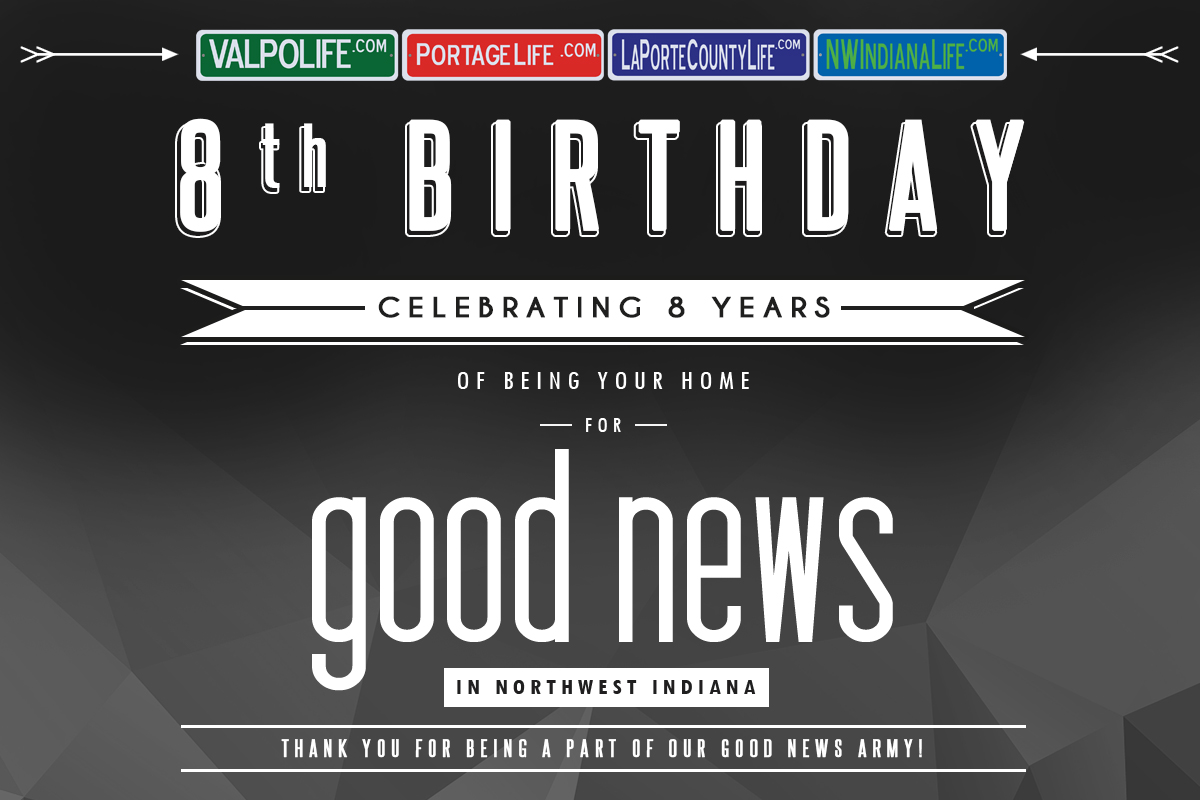 The moral of the story:

The idea was nuts. The planning was poor. The challenges were many. Good news is abundant if you look for it. Positive people are awesome. Lifers rock. Good news works.