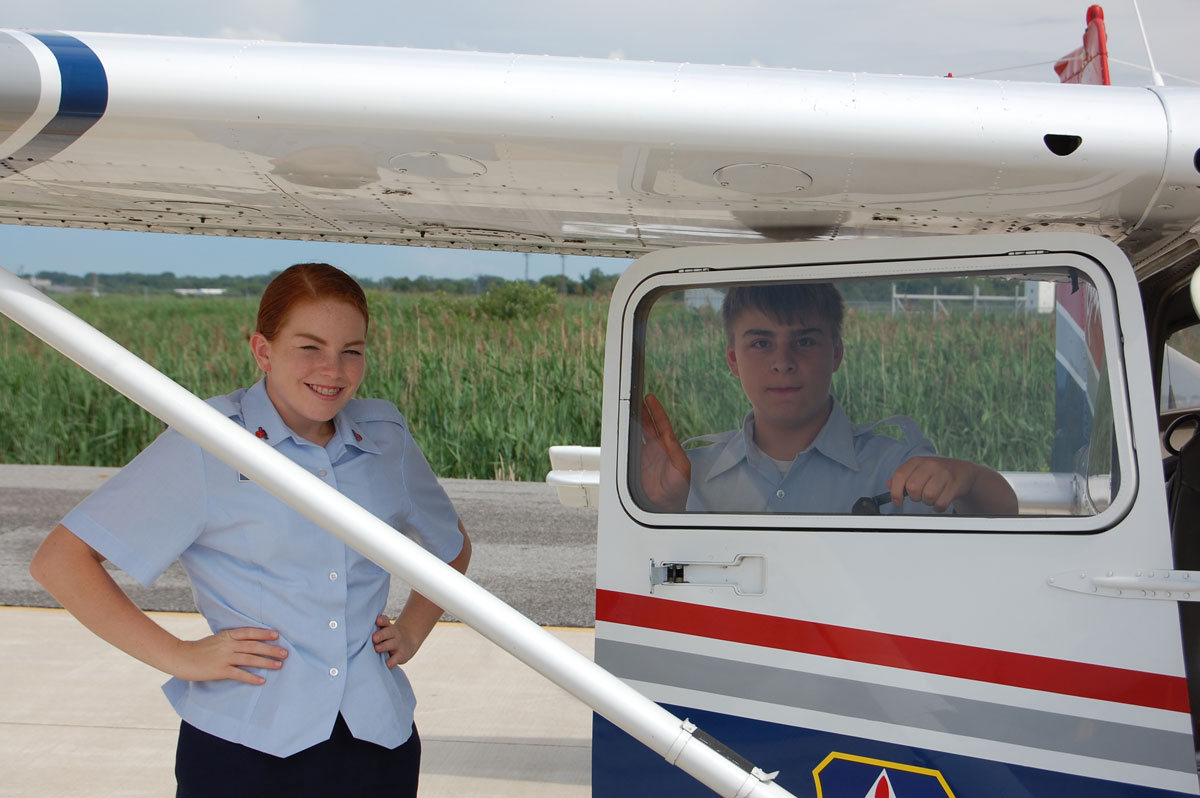 Part of the day was spent experiencing the thrill of aviation through orientation flights. The hour-long flights in single-engine Cessna aircraft introduced the cadets to the science that makes flight possible. They learned about navigation, weather, aircraft instruments, flight maneuvers, and more. The cadets’ day began by helping pre-flight their aircraft. Working with their pilot, they taxied their aircraft to Gary Chicago Airport’s runway 20, gave it full throttle and took off, climbing to approximately 3,000 feet. Once aloft during non-critical stages of flight it was the cadets who were handling the controls.

Once they reached their assigned altitude, the cadets turned southeast and navigated to Porter County Municipal Airport where they made a brief stop. Then it was another cadet’s turn at the controls for the flight home. The Civil Air Patrol provided the aircraft and fuel at no cost to the cadets or the pilots.

The Civil Air Patrol Cadet Program is open to youth aged 12 through 18. Additionally, there are volunteer opportunities for adults, pilots and non-pilots alike. For more information, contact Captain Bill Vendramin at 219-649-1809, or visit GoCivilAirPatrol.com.