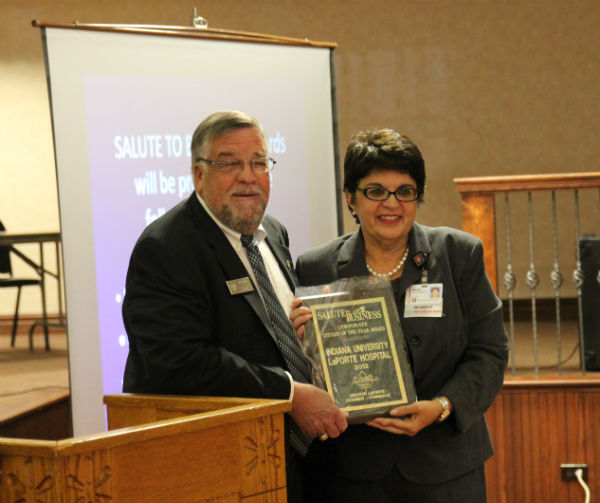 Seventeen companies were recognized at the annual Salute to Business awards luncheon at the Silver Palace in La Porte on Wednesday.

Sponsored by the Greater La Porte Economic Development Corporation, executive director Michael Seitz said awards were given this year to businesses who either received a gold rating in capital investment, employment increase or had reached a milestone for years having served the public.

“We are honoring companies who have enhanced quality of life,” Seitz said at the start of the program. “They have done well in supporting non-profits and charities and provided an overall benefit to the community.” 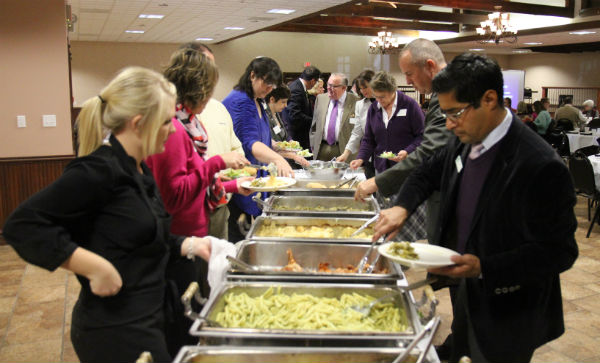 Following the awards presentation, a keynote speech was delivered by Eric Doden, president of the Indiana Economic Development Corporation. Doden, a native of Valparaiso, shared positive news about where Indiana ranks economically throughout the nation.

“The future of economic development in Indiana could not be brighter,” he said. “Five years ago, Indiana was ranked as the ninth best state in the nation to start a business by CEOs across the country.” 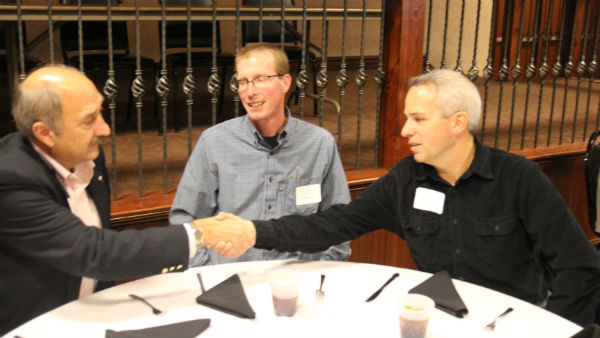 A more recent poll of the same CEOs now has the Hoosier state as the fifth best, and first in the Midwest.

“We are doing everything we can to take Indiana from number five to number one,” he said.

One of the keys of economic growth, Doden said, is the local community and “regional cities,” of which there are eight in Indiana.

“We need to improve our game in regional cities and want to see an increase in the energy we have,” he said. “The spirit of free enterprise in a community is what can make a difference.”