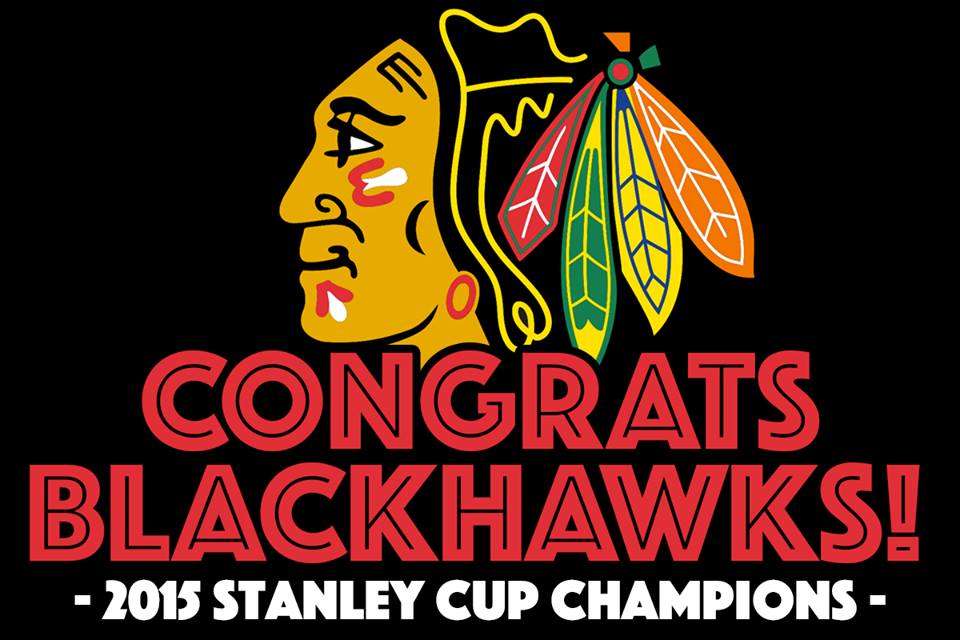 We'll be updating you on the latest from the parade and rally today as Hawks fans celebrate the Stanley Cup returning to Chicago.

9:30AM: We're at Washington and Racine and we're here with NBC 5, ABC 7 and Hawks fans are everywhere lining the streets of the Blackhawks Parade. Fans even made up a City of Chicago flag with the Chicago Blackhawks logo on it! 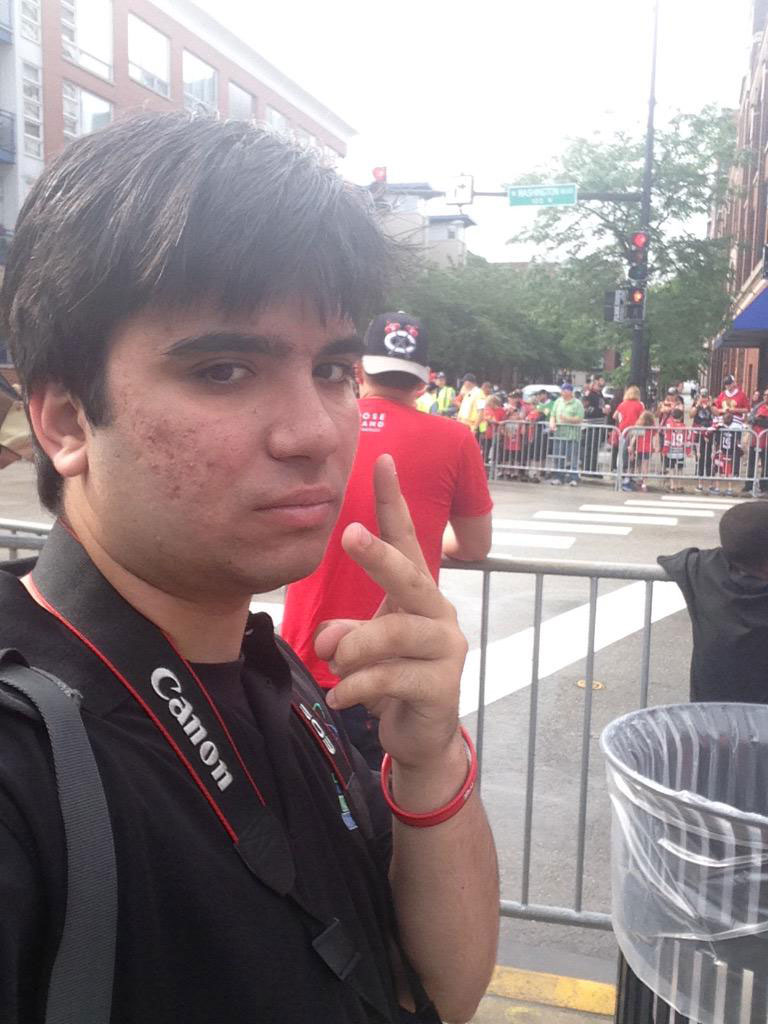 Everywhere you look there is a sea of red, the threat of rain and short downpour did not stop the Hawks faithful from coming out today to see the Stanley Cup Champions.

11:00 AM: The bus just passed us on Washington and Racine and the crowd went nuts! You can feel the energy here, it's almost like being in the United Center after Game 6! We're moving locations and heading down to Soldier Field to pick up the rally, so be sure to keep following along.

11:45: Soldier Field, inside and out is a sea of red right now. Everybody is laughing, smiling, and decked out in their Blackhawks gear. It's hard to describe, but it's almost like the championship fever never ended. There's that much excitement!

12:15: "Thank you all for your support," Duncan Keith, who took the mic first for the team at the rally says. "4 sounds better than three, though." 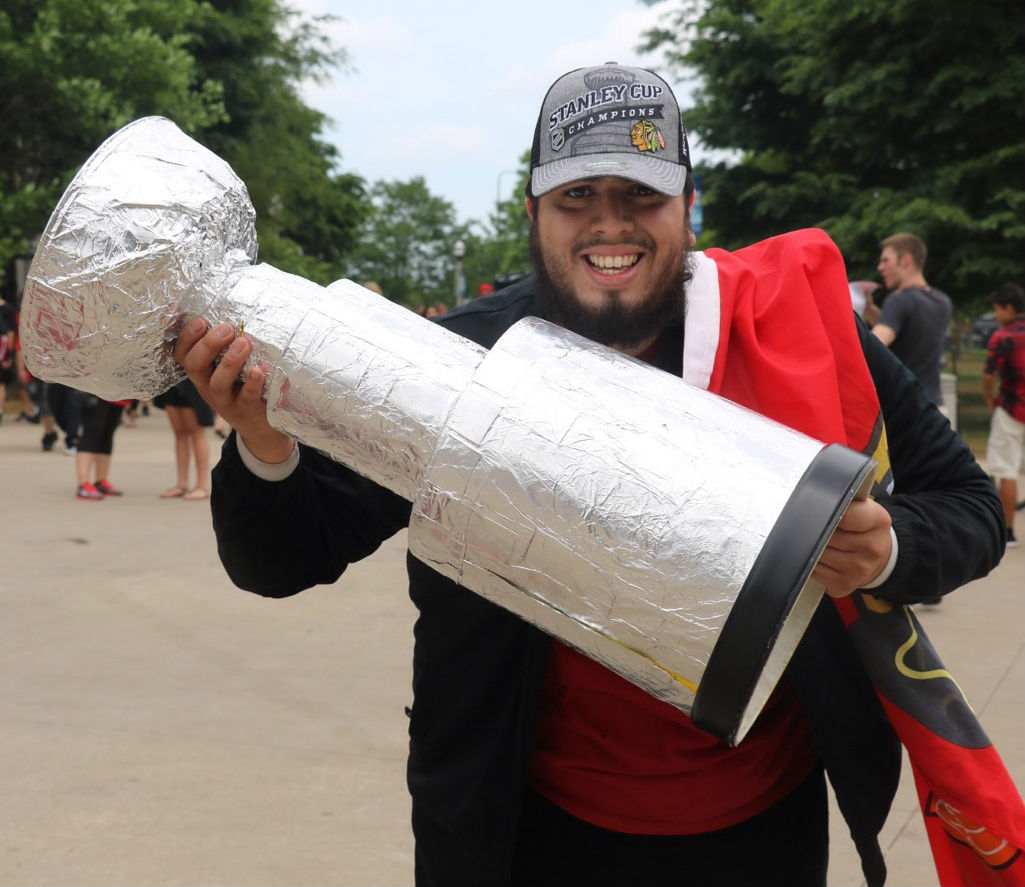 12:45: The cup is passed around from player to player as "We are the Champions" and "Sweet Home Chicago" blasts on the speaker. Outside, the fans who have been celebrating around Soldier Field haven't left and are walking up and down the sidewalks, high fiving and celebrating!

12:55: And of course, no celebration for the Hawks can end without "Chelsea Dagger" over the loudspeakers.

1:00: The party may be officially over, but that won't stop people from having a good time in Chicago today! Be sure to check back later for our great gallery of all the good times today!

Fans at Washington and Racine are ready for the parade to begin. #Chicago #Blackhawks #StanleyCup