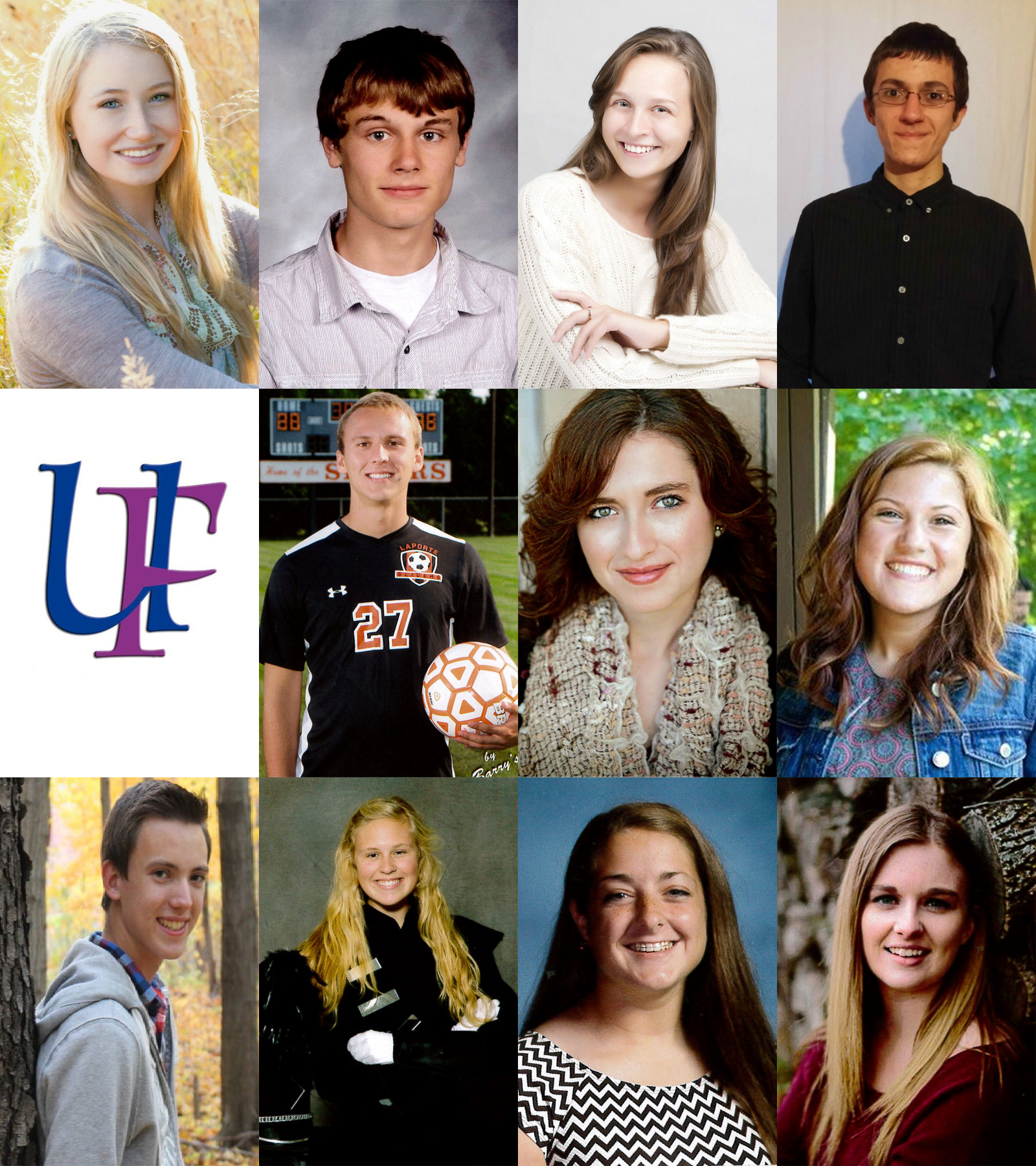 Two students from La Porte County will be selected as 2015 Lilly Endowment Community Scholars, to receive a full-tuition scholarship to be used to pursue a baccalaureate degree at any accredited public or private Indiana college or university and an annual $900 book stipend.

The 2015 scholarship finalists and their respective schools are:

Unity Foundation received 69 applications for the Lilly Endowment Community Scholarship from students throughout La Porte County. Applicants were judged on their academic achievement, service to others, extracurricular activities and, to a lesser extent, financial need. A committee comprised of La Porte County residents reviewed the applications, not knowing the applicants’ names until after the finalists were selected. The 11 finalists were then interviewed, and nominee and alternate names were submitted to the Independent Colleges of Indiana, Inc. for the final selection – which will be shared by March 27.

Independent Colleges of Indiana (ICI) is a nonprofit corporation that represents 31 regionally accredited degree granting, nonprofit, private colleges and universities in the state.

The scholarships are the result of a statewide Lilly Endowment initiative to help Hoosier students reach higher levels of education. Indiana currently ranks among the lowest states in the percentage of residents over the age of 25 with a bachelor's degree.

The Unity Foundation elects to participate in this program provided by Indianapolis-based Lilly Endowment Inc. through ICI. Maggi Spartz, Unity Foundation President, said, “With funding from the Endowment, we have been able to help 52 amazing young people achieve their dreams. This is one way Unity is ‘investing in our people’ to make La Porte County and our nation even stronger. We are very proud of them and their accomplishments. We are especially pleased that some of the scholars have returned to live and work right here in La Porte County.”

Since 1992, Unity Foundation of La Porte County has served donors, nonprofits and local communities. As La Porte County’s community foundation, it manages approximately $27 million in assets, administers more than 280 charitable funds, and has distributed nearly $12 million through direct grants and scholarships. The Council on Foundations has deemed Unity Foundation in compliance with all Indiana and national ethical and operating standards for community foundations.

Unity Foundation’s mission is to strengthen La Porte County now and forever by: building permanent endowments; providing leadership; offering philanthropic vehicles for everyone; and, being a catalyst for social and economic vitality. For more information, please visit www.uflc.net or call 219-879-0327.