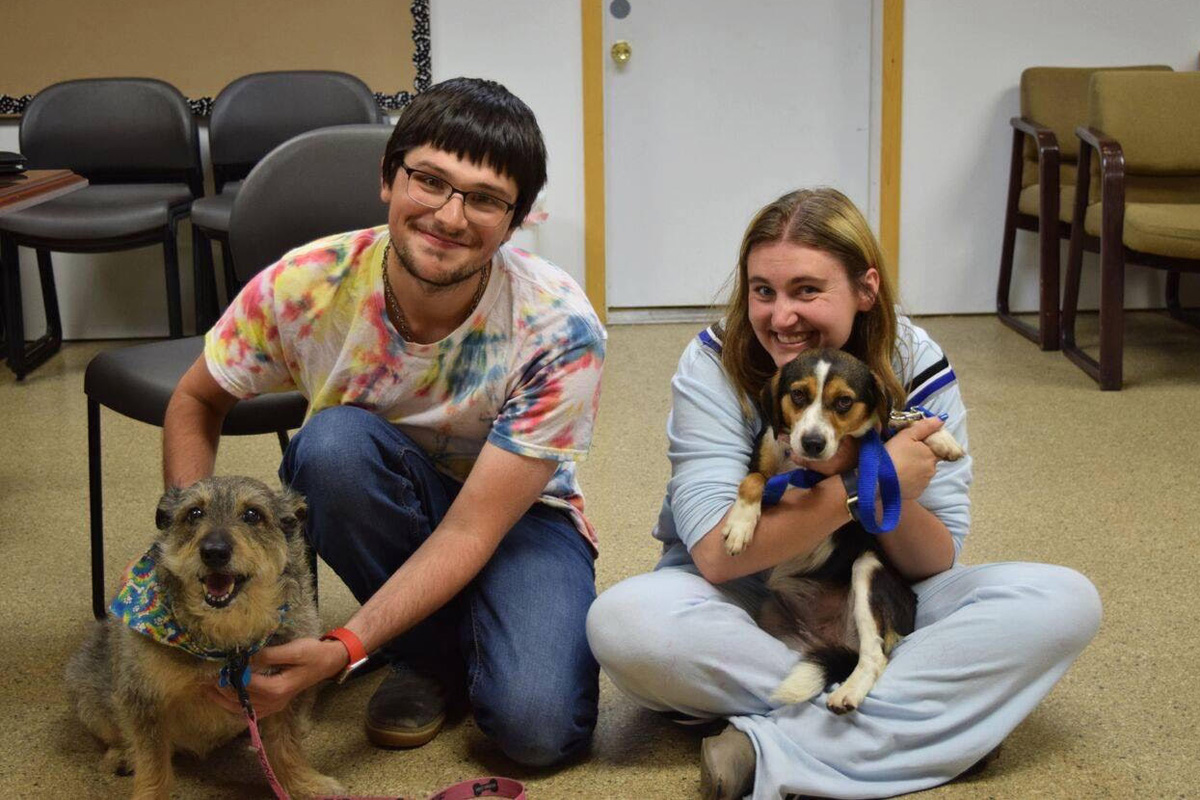 Dogs are (arguably) one of the best things on planet Earth. When my fiancee and I decided it was time to welcome a new dog into our lives and inject some much-needed energy into our senior dog, Spanky’s life, we began looking at local rescues.

We had already agreed ahead of time that when it was time to get another dog, we would rescue an animal instead of purchasing from a breeder or pet shop. Why buy a puppy when there are perfectly good dogs filling up America’s shelters at alarming rates?

There were two pure-bred beagles at our local humane society that looked like they might fit our family. Unfortunately, they were already adopted by the time we were able to look into them. 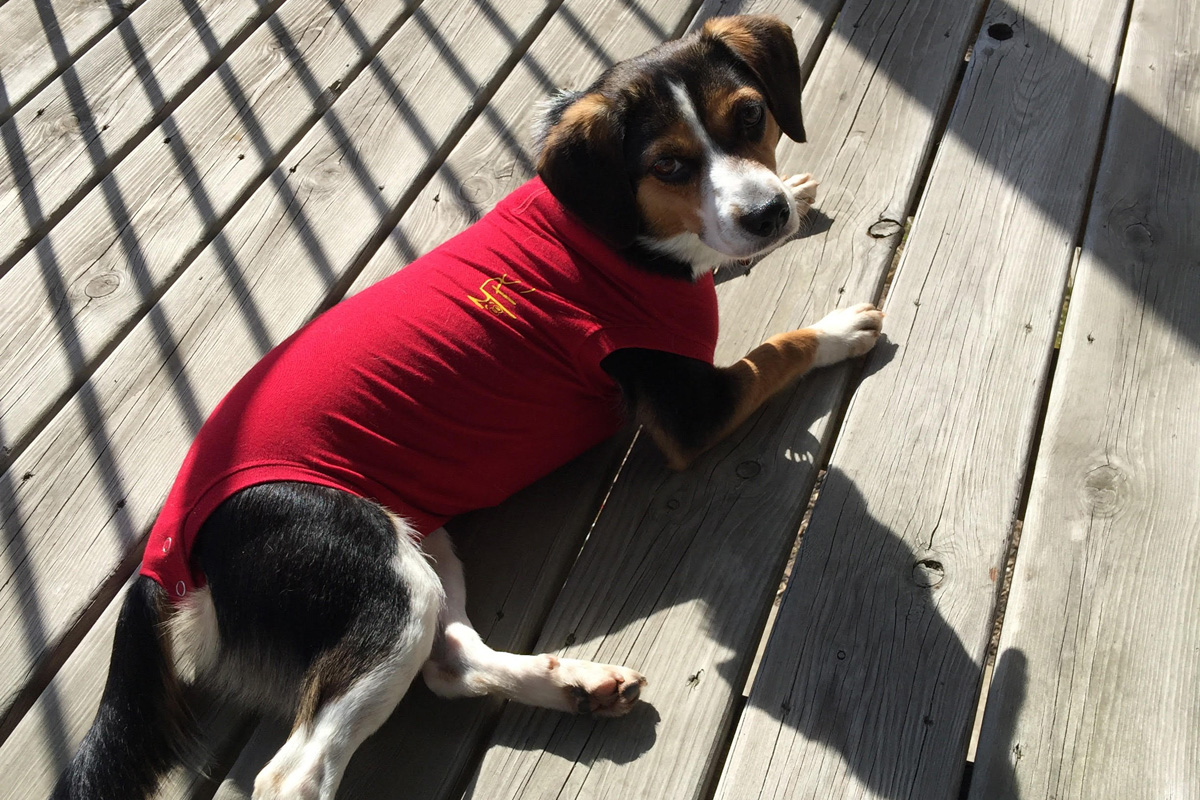 What followed was several weeks of us both checking online pet adoption sites every day, trawling The Region for a dog that would match our specific size and breed requirements.

Eventually, I was scheduled to cover an adoption and community outreach event by Lakeshore PAWS of Valpo, their third annual dog wash. This event welcomed the entire community to come and get their best friends cleaned and allow them to meet the many dogs the rescue has up for adoption.

The event was by far one of my all-time favorite stories in my career. Not only did I get to meet and photograph what felt like hundreds of dogs, but the volunteers I spoke with were outstanding people with a passion for helping animals. While interviewing Lakeshore PAWS owner, Jeanne Sommer, I casually mentioned that we were looking to welcome another dog into our family. Immediately, she switched into adoption mode, insisting that I go and browse their kennels to see if there are any dogs that fit our requirements. 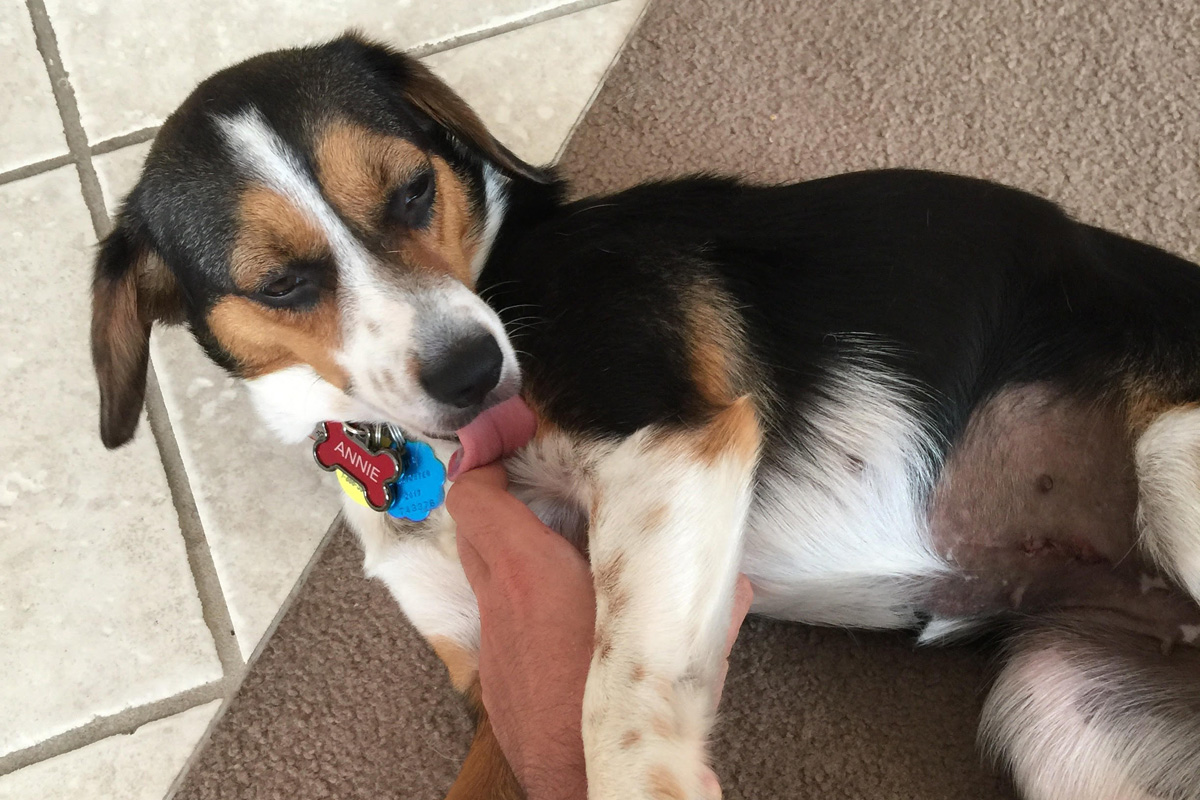 Reluctantly, as I was working, I agreed. Walking through the hall of kennels with excited dogs trying to get my attention was almost sensory overload. Many of the dogs were too big for us, until I reached a kennel towards the end that looked to be empty, but had paperwork posted to the front gate. I looked down to see a small, silent beagle looking back up at me. The two-year-old dog raised one paw and placed it on the glass door of the kennel.

My heart broke a second time when I saw that she had a hold placed on her for that day- August 5th. I went back outside and explained that the only dog that I would be interested in had a hold on her. Jeanne jumped into action, as she knew the dog in question and claimed she shouldn’t have a hold on her.

What followed next was a veritable whirlwind of activity as I was swept up in a search to find who had placed a hold on the dog, named Jannie. Eventually the volunteer who had supposedly wanted to meet the dog was tracked down, and claimed that they no longer wanted to see her. 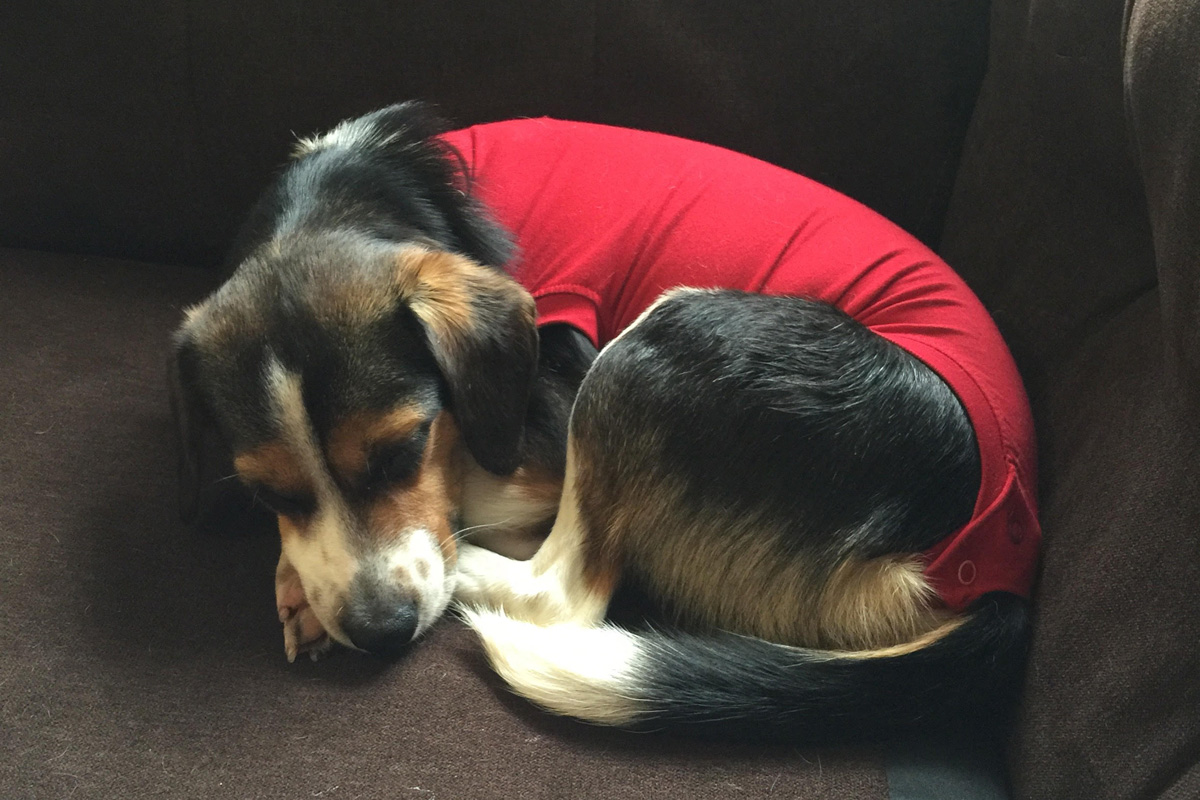 Jeanne was ecstatic. “We’ll put you in a meet and greet room with her so you can meet,” she told me.”

I waited in the back room while the dog was brought in.

She was timid and cowered in front of me, but she let me pet her. She had clearly been mistreated at some point in her life. I just had a feeling that this was the dog for us. I snapped a couple photos on my phone and sent them to my fiancée, told her I was sure this was the dog, and scheduled a day when we could introduce her to Spanky.

Finally, it came time for us to meet Jannie, whom I learned had once been called “Annie” after she was picked up as a stray in Jackson County. The introduction could not have gone more beautifully. She ran up to us and after a brief introduction with Spanky, began to play with her, running around Lakeshore PAWS large back yard. I hadn’t seen Spanky play like that before, jumping and running about.

That day we adopted Jannie, now renamed Annie, and she’s become a part of our family. At the time of writing she’s passed out snoring on a dog bed, content that she’s now safe and loved. This is what it means to adopt a dog that isn’t necessarily a puppy. It’s about teaching another being to trust and love again, and show them that they still have a place in our world.