“The idea is to go against the norm,” Mayor Stahura began, “We like to poke fun at our heritage. We have a lot of Polish and Slovakian heritage in Whiting. From there we add things like the mascot museum, which is a great fit for the Pierogi Fest characters. We have a lot of fun with it.”

The Whiting driving tour began at the Lakefront Park. Mayor Stahura commented that the park was the catalyst for all the new changes in Whiting.

“We were blessed to get an RDA grant. We leveraged that with some local bond money to take an old gravel parking lot with a bunch of boulders on the shoreline and turned it into -- what I think is an extraordinary park where people can come and enjoy themselves,” he said.

The mayor also added that there were several new additions to the park to make it more of a regional attraction. Most notably, for the summer, was the WhoaZone. This attraction is an inflatable water park that floats on Lake Michigan at Whihala Beach.

“It has been a smashing success for us. I think we’re pushing around 10,000 people that have paid to go on the attraction.”

Next up on the Whiting to do list was the Mascot Hall of Fame which is still under construction but is tentatively set to open next year. Mayor Stahura revealed his role in the early stages of constructing the venue and what his original goal was for the Hall of Fame. 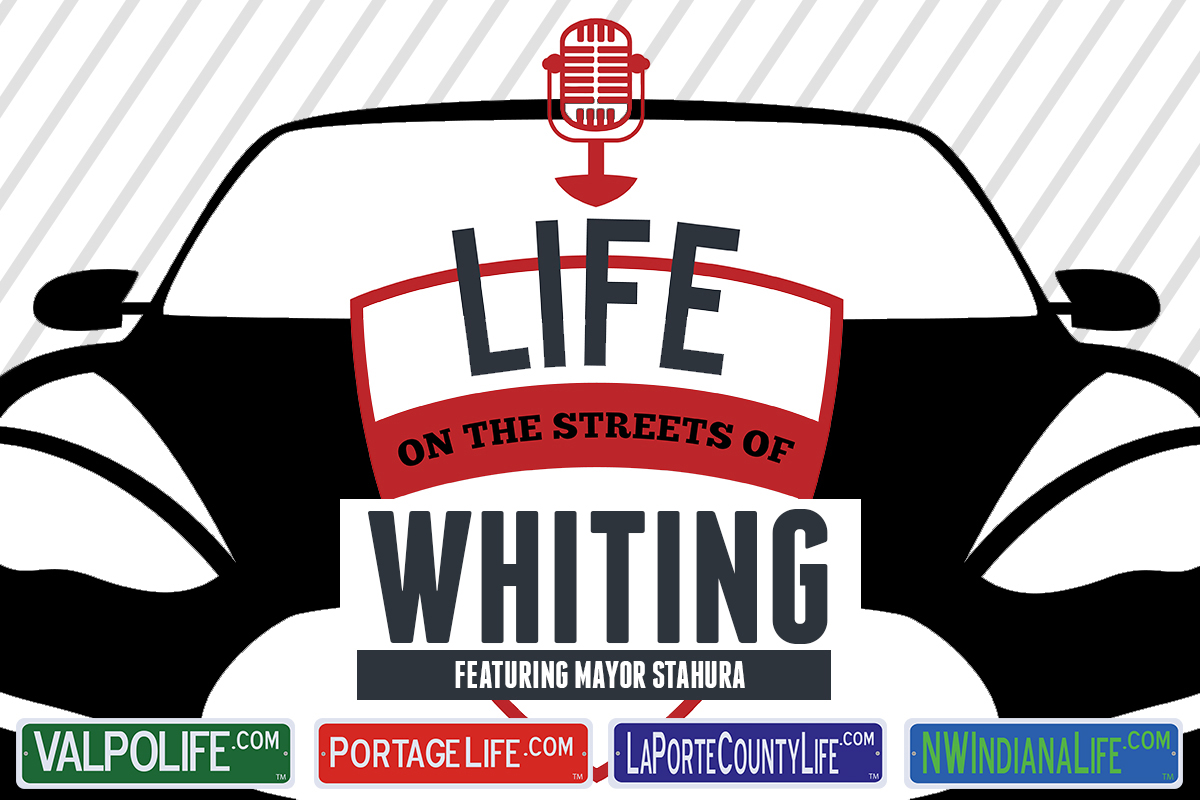 “Once we did the park we realized that we could turn the community into a small one-day destination, but we knew we needed a signature attraction to bring people in. At first, we looked at children’s museums and things like that,” Mayor Stahura continued, “I cold called a gentleman that was a former Philly Phanatic, David Raymond, who is the foremost mascot expert in the country. I asked him if we built the building if he’d be interested in partnering with us and he said yes.”

“We sat down and thought about it and said ‘well, nobody is going to come in and fix them because there is no incentive to do that.’ So, we created a strategy to buy 5 or 6 empty businesses. Then what we did is we stabilized the building so the curbside appeal was new attractive and fresh. After that, we sold the building to a developer, who then brought it back up to code and built out the insides.”

“Many of these homes are 100-120 years old. They’re fairly well maintained, but some aren’t always up to snuff,” the Mayor stated.

He pointed at a new home that was built amongst several older homes, but the new home still kept the style of the surrounding houses.

“This is a brand new home that was built over a house we should have bought and torn down years ago. That would have never happened if the city didn’t get involved,” Mayor Stahura continued, “You get into situations like that where you buy the house for $15-20,000 because they’re so far gone. You tear it down and build a $200,000 house.”

“That’s .9 square miles of activity, housing, and business,” Mayor Stahura began, “But, we have a lot more to go and a lot more to work on and I’m looking to keep the improvement moving on down the road.”