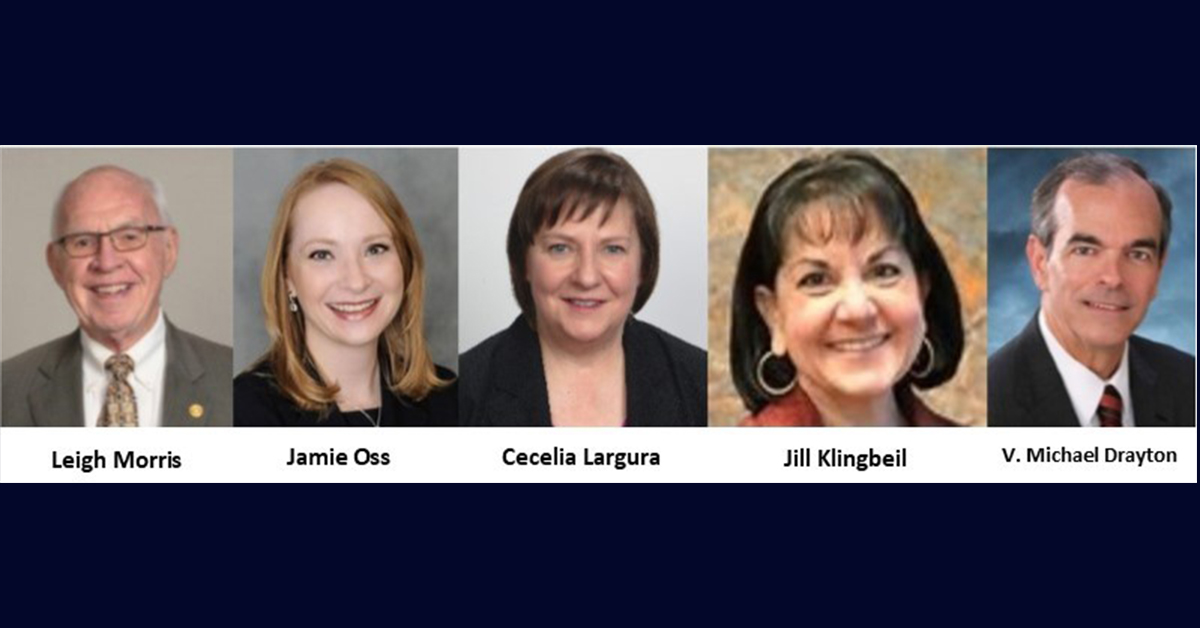 The La Porte County Symphony Orchestra (LCSO)Board of Directors recently announced the election of its 2019-2020 Board officers. Leigh Morris, former La Porte Mayor and CEO of La Porte Hospital, will serve as the Symphony’s Chairman of the Board. Jamie Oss, Partner of the law firm of Huelat & Mack P.C. will serve as Vice Chairman. Cecelia Largura, Environmental Strategy Manager at NiSource Inc., will serve as Treasurer; Jill Klingbeil, Trust Office Manager at Horizon Bank will serve as Secretary and V. Michael Drayton, Partner of the law firm of Drayton, Beige, Sirugo & Elliott, LLP will continue to serve the LCSO as Past Chairman and a member of the Executive Committee.

Season ticket subscription forms are now available at www.LCSO.org or by calling at 219-362-9020.

In addition to the three-concert season, the orchestra is featured in two upcoming events. On Saturday, September 7, the 14th Annual Hoosier STAR event will feature five contestants in both the youth and adult divisions. Members of the La Porte County Symphony Orchestra will accompany the selected finalists. Votes by the audience in attendance determine the winners.   Cash awards of $1,000 for the adult winner and $500 for the youth winner will be provided.

On Wednesday, October 9, thousands of elementary students from area school systems will be transported to the La Porte Civic Auditorium for “Power and Emotion of Music,” the 31st Annual LCSO Children’s Educational Concert.  Originated by LCSO Past Chairman V. Michael Drayton, it has been acclaimed as one of the most successful education concerts in the nation by the American String Teacher’s Association and the National School Orchestra Association. Drayton and members of the administrative staff of his law firm, Drayton, Biege, Sirugo, & Elliott LLP., have coordinated all aspects of the concert including, reservations, bus parking and seating arrangements saving the LCSO hundreds of hours of work each October.

The Orchestra has scheduled guest Music Director candidates to conduct each of the concerts in the 2018-19 and 2019-20 seasons; all of whom have asked to be considered for selection as the LCSO’s new Maestro that will be chosen in May 2020.