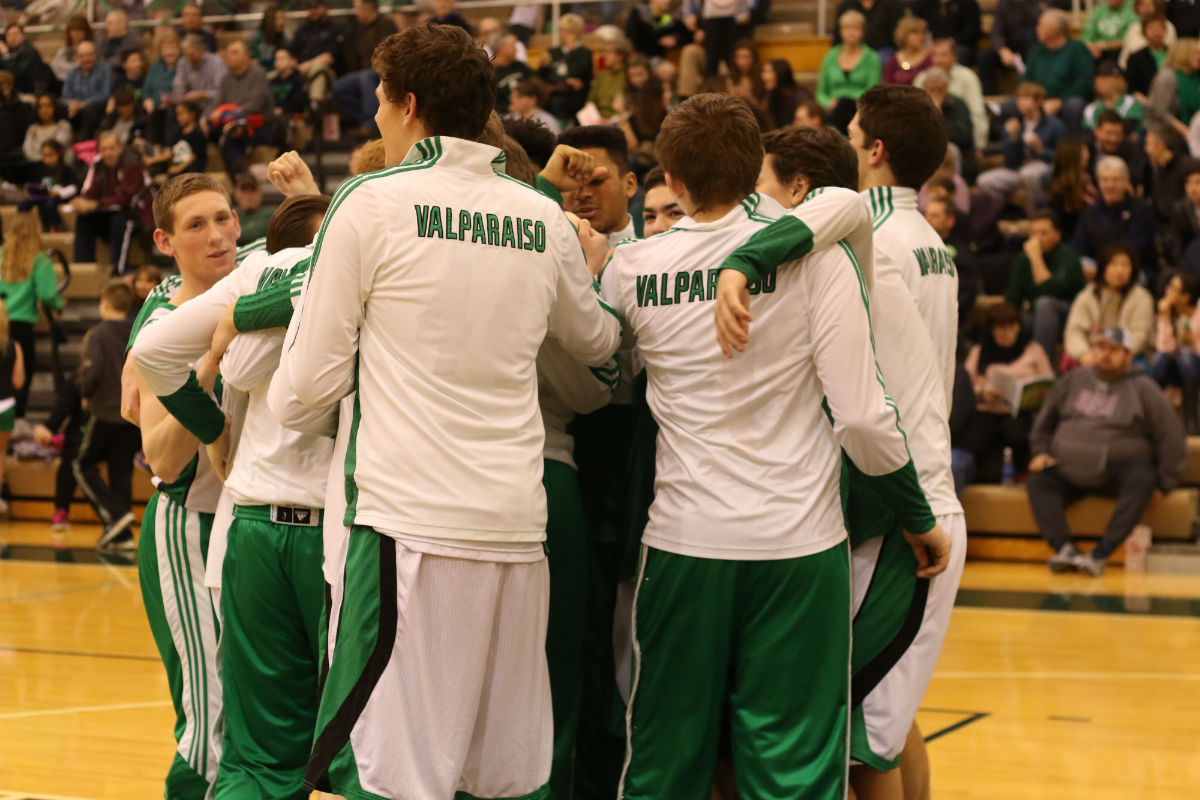 The DAC is heating up as Valparaiso Boys Basketball enters the fold as the contender to Merrillville in the conference standings after finishing out their home slate undefeated and moving to 5-1 in the conference.

The Pirates (#2 in the IBCA Top 20) escaped a tougher than expected battle against La Porte this weekend, while Valparaiso took care of business against Crown Point on Friday to remain 5-1 in the conference.

Merrillville has one more DAC contest this week against Michigan City, while the Vikings look to continue on their three-game win streak against DAC rival, Chesterton, on Friday. A win and a loss from either team would propel the other one to DAC Champion for 2015-16; a win/win loss/loss scenario from both schools would mean Merrillville is the DAC champion, as the Pirates won the regular season head-to-head matchup.

In other Region basketball news, Griffith remained steady at #14 in the latest rankings. The Panthers bounced back from a tough loss to Munster two weeks ago with two big wins over Hammond and Calumet last week.

East Chicago and Lowell joined Valparaiso in the Others Receiving Votes section as well.