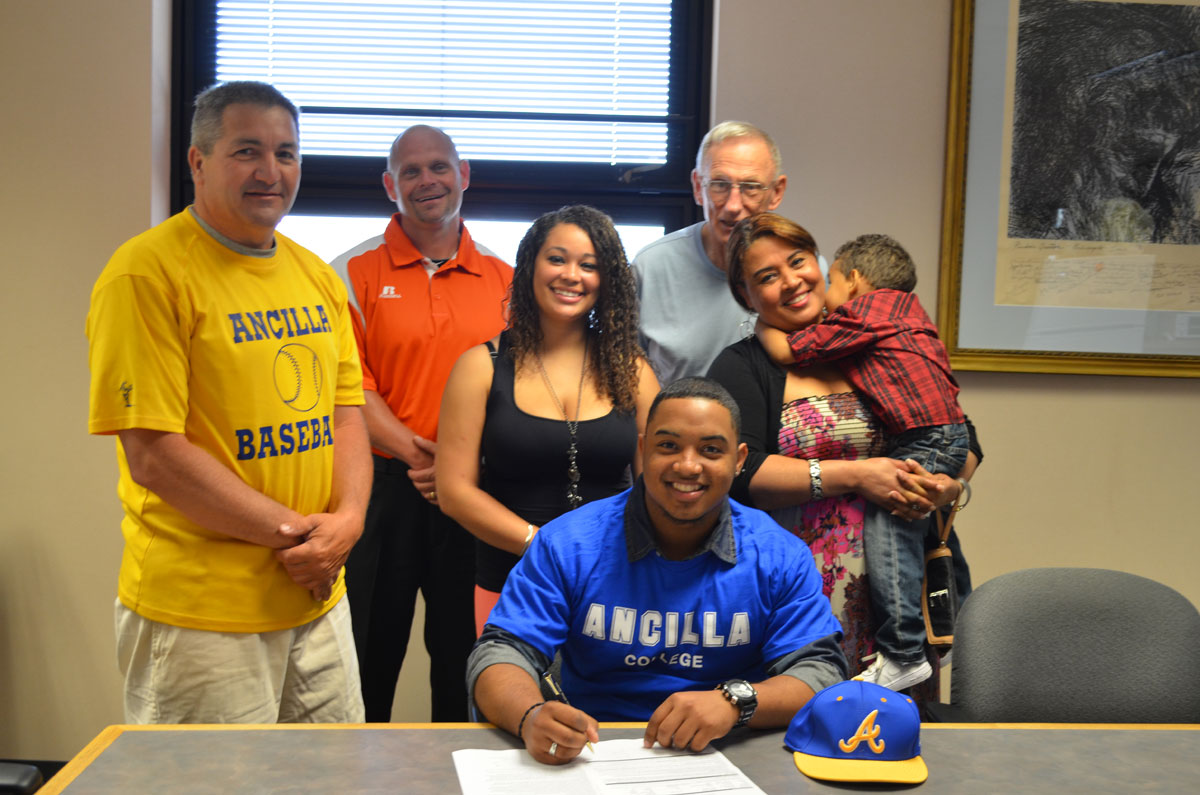 LaPorte High School graduate Francis Silfa signed his Letter of Intent to play baseball and will become an Ancilla College Charger this fall.

Silfa, a 5’7” short stop and second baseman, brings talent and experience to the Ancilla roster. During his time at LHS, Silfa earned three varsity letters and was named to the All-Duneland Athletic Conference (DAC) baseball first team, where he was voted MVP.

When asked why Ancilla was the right choice for him, Silfa responded, “It is a good college with welcoming staff and faculty. I also had a great experience when I visited and practiced with the baseball team.”

“I am excited about what Francis brings to Ancilla College,” commented Charger coach Joe Yonto. He went on to further state, “He is a very talented baseball player, who comes from an excellent program; one of the best, LaPorte High School. Along with his skills in the middle of the infield, Francis is an outstanding young man.”

Francis is the son of Simeon Silfa and Bolivia Sena Silfa.

Ancilla College, part of The Center at Donaldson, offers 18 Associate’s Degree and eight athletic programs. Since 1937, the College has been a sponsored ministry of the Poor Handmaids of Jesus Christ and is located two miles south of US 30 on Union Road near Plymouth, Indiana.