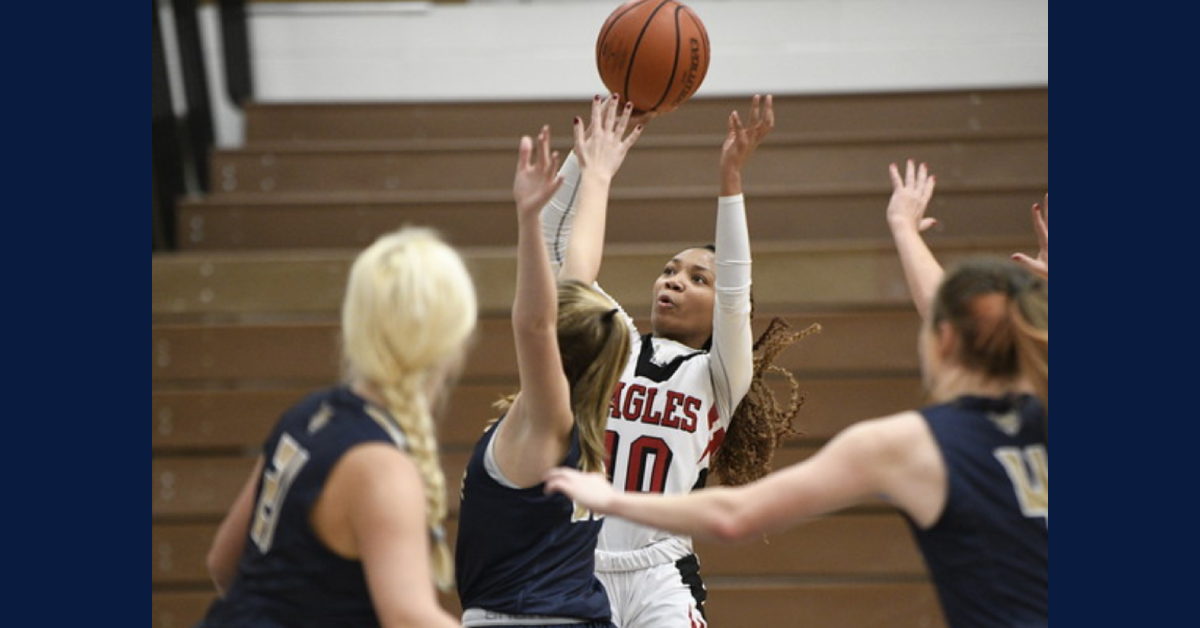 The 2020 La Porte County Holiday Basketball Tournament girls’ championship game was held when the New Prairie Cougars took on the Lake Station Edison Eagles. New Prairie won the tip off  but it was the Eagles Team Captain Laila Rogers who sunk the first basket much like she had the night before in the semifinal playoffs.

New Prairie started the second half with possession but the Eagles ended the quarter ahead with 42 points and Cougars 37 points. The Cougars kept pressure but the Eagles rose above to win with a final score Eagles 51 points, Cougars 39 points.

As for the Marquette Catholic vs. Michigan City game, highlights are as follows:

Michigan City struggled through the first half but came on strong in the second, holding on to take down Marquette 48-33 in a strong defensive game