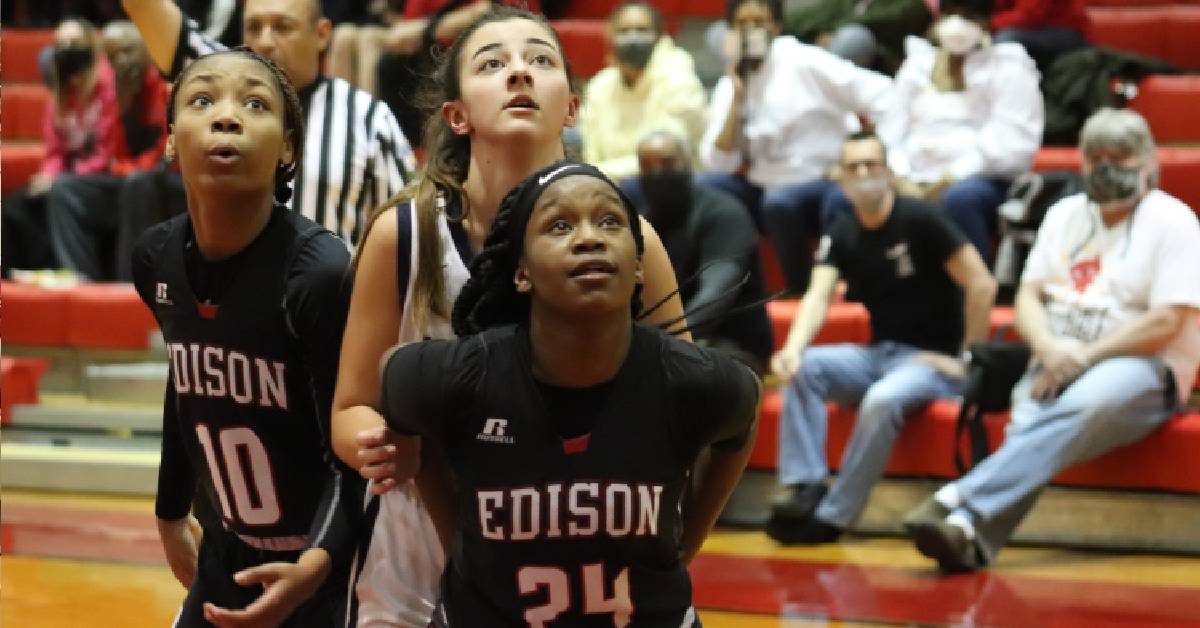 Lake Station's Thomas A. Edison Junior/Senior High School Eagles hosted sectionals against the Marquette Catholic High School Blazers Tuesday night. From the beginning of the game when the Eagles won the tip off, it was obvious that they came to play. Although the Eagles did win the tip off, the Blazers were the first to score, with #10 Ruth Bean making the first shot. Lake Station quickly came back, with #10 Taylor Austin hitting a three point shot. With half of the first quarter gone, the teams were tied at 9-9. At the very end of the first quarter, Lake Station was able to take a slight lead, with a score of 15-13.

The Eagles used the third quarter to further solidify their lead, ending the third quarter with a score of 49-27. In the fourth quarter, Marquette had the opportunity to gain back some points, when #33 Laila Rogers scored a free throw point. Despite a valiant effort by the Blazers, they lost to the Eagles with a final score of 56-34.

Head coach of the Eagles, Rudy Chabes, expressed his joy at the fact that the team made it this far in the season, and shared his excitement at securing the win.

“If you look at the surrounding states, we’re lucky to even be playing,” Chabes said. “To get a full season, and then to have a tournament is a real blessing. I feel great about the win. I think that this is the first sectional win in over 10 years. It feels good just to get a win, and then to do it on your home court really feels good.”