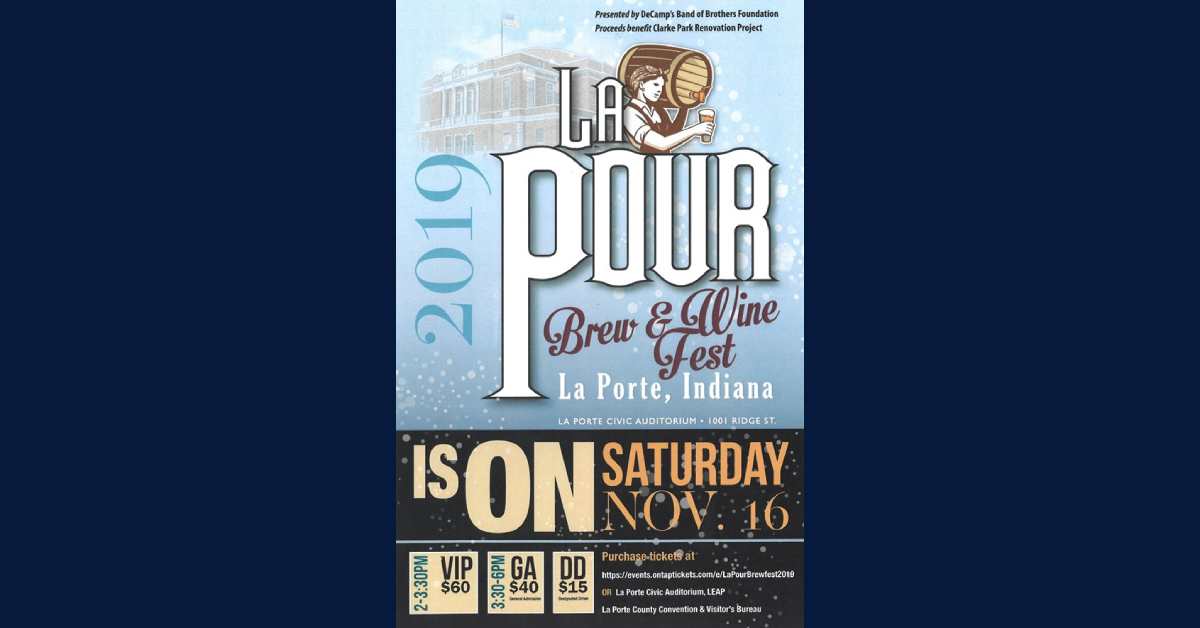 The excitement is building for what promises to be the biggest and tastiest La Pour Brew & Wine Fest yet.

The event will feature the great libations of Burn ’Em Brewing, Back Road Brewery, Shoreline Brewery, 10-56 Brewing Company, Greenbush Brewing, Round Barn Winery and Brewery and many other breweries and wineries from throughout the region, state and country. New to this year’s fest, Journeyman Distillery will provide tasting of select spirits as part of VIP Admission (spirit tasting during General Admission will be at an additional cost).

Local favorite Jim Post will provide musical entertainment for this year’s event. Post plays an eclectic solo show of his own songs and covers, ranging from country to classic rock and oldies to current sounds.

All proceeds benefit DeCamp’s Band of Brothers Foundation and its efforts to renovate Clarke Park. Tickets are $60 for VIP Admission and $40 for General Admission. Beer and wine sampling is included in the VIP/General Admission ticket price. Food will be available for purchase. Designated driver tickets (including unlimited soft drinks) are $15.

For more information, call the Civic Auditorium at 219-362-2325 or e-mail Brett Binversie at bbinversie@cityoflaportein.gov