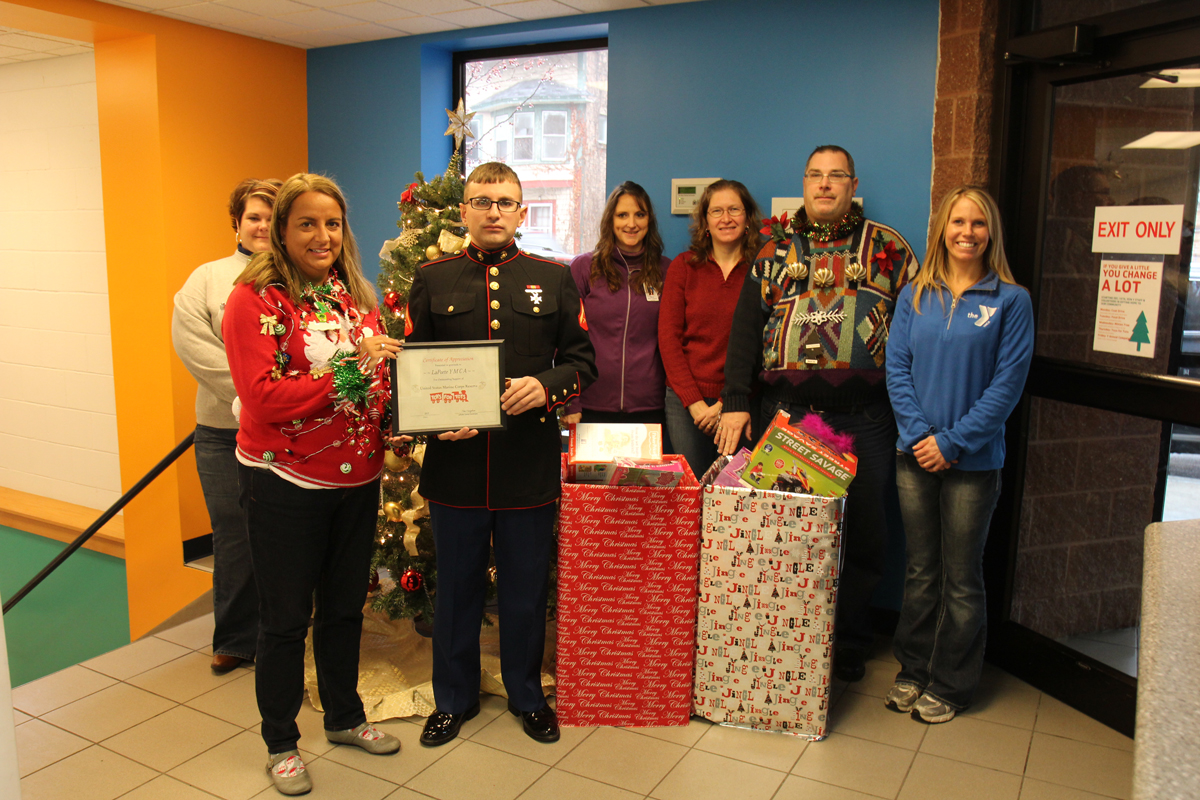 Lance Corporal Randal Johnson was on hand in dress blues this morning at the La Porte YMCA on 901 Michigan Avenue.

Johnson was there to present La Porte County YMCA CEO Cindy Berchem with a certificate of appreciation for the organization’s outstanding efforts this year in support of the U.S. Marine Corps Reserve Toys for Tots program. Today also happened to be the staff’s “ugly Christmas sweater day” at work.

In previous years, the YMCA has done a variety of charity drives including coat drives, food drives, mitten trees, and Toys for Tots. This year, starting on December 16th with a Coat Drive and introducing a new drive each day through the 20th, they did all of them. 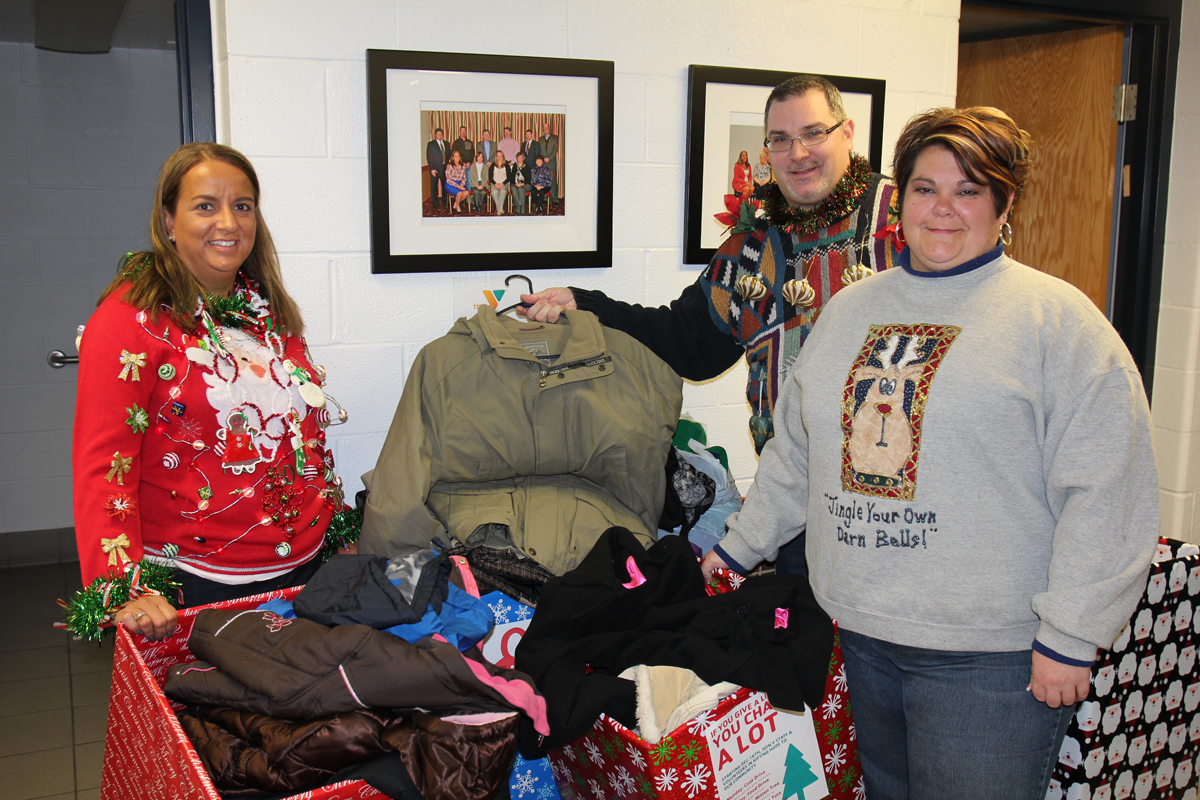 “This is the first year we concentrated our efforts and made this a large-scale project. It turned out to be a terrific success—when I walked in Monday morning [the 16th] a few hours after the coat drive had begun, we were already filling our second box,” said Berchem.

And as Joy Zigler of the YMCA pointed out, a good number of the coats aren’t even used ones, they were brand new. “I knew we had great members here; they brought in over 100 coats this week to donate to people that need them.”

Tim Vaughan, coordinator for the La Porte County Michiana Marines was there as well to collect the donated toys. “Two years ago donations were low all over, last year they were a bit better. This year, this is the fourth time I’ve been here to collect. We’ve gotten more than 100 new, boxed toys from the YMCA’s facilities,” he said. Collections of all items were also being taken at the YMCA’s Long Beach and Children Learning Center facilities.

To cap off the week of giving, today’s drive was for monetary donations to benefit the YMCA Scholarship Program. “This is how we subsidize swim lessons, childcare, and actually all of our programs,” explained Berchem.

“Part of the Y’s mission is to strengthen the community, and this absolutely fulfills that mission. This turned out great this year, and we’re going to continue doing this,” said Berchem.