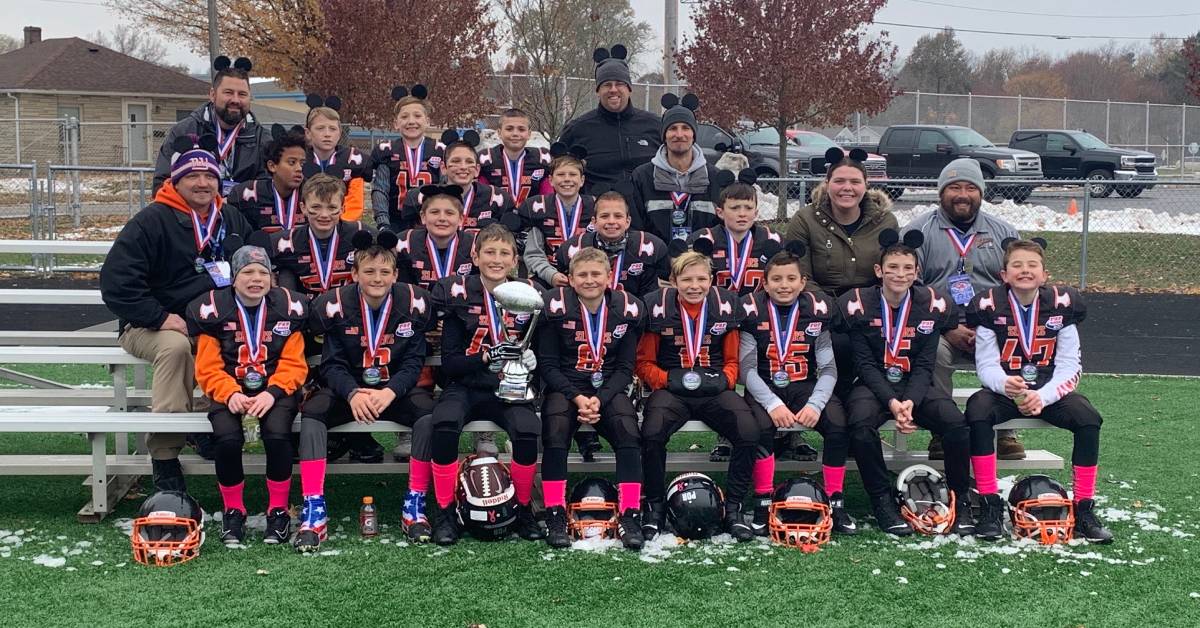 The La Porte Slicers Jr Pee Wee team won the Pop Warner Mid-America D-2 Regional Championship beating the Rockford Renegades on Sunday, November 17th at Kiwanis Field in La Porte. This is the first team in the 40 year history of La Porte Pop Warner to make it to the National Championships in Florida. They are now one of only 8 teams left in their division in the country to be competing for a national title at Disney World beginning December 7th.  Their overall record on the season is now 11-1.