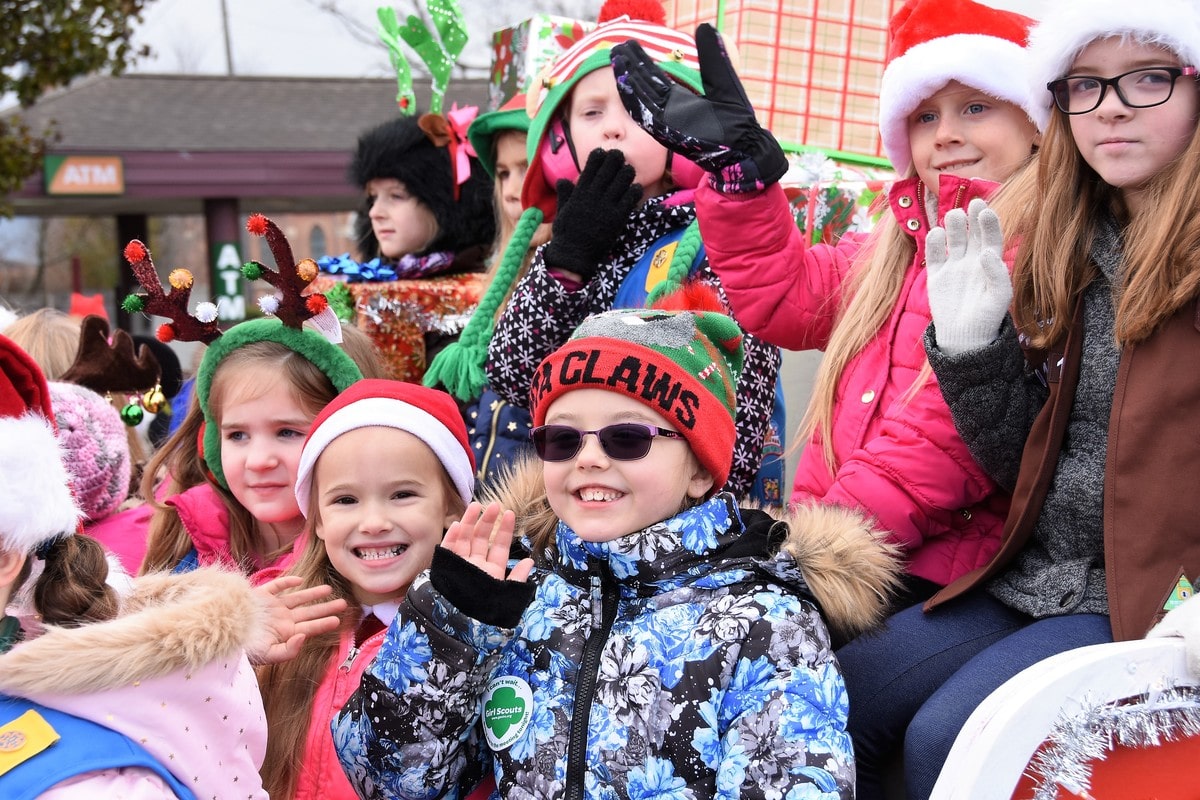 The holiday season has officially begun in La Porte, with the annual Santa parade, which sees Santa himself arriving in this midwestern town to kick-off the season.

The La Porte Santa parade is a long-standing tradition that has seemingly been a part of La Porte history for so long that no one can quite remember a Christmas without it, very much like Santa himself. Dozens of families waited outside Santa’s chalet, and this year, Katie Stone and her children were first in line to visit with the jolly old elf.

“I come out here every year with my four children, Jennifer, 16, Autumn, 15, RJ, 11, and Mariah, 5. We love it! The children enjoy seeing the parade, and then of course, we have to visit Santa.”

When asked what she would like to ask Santa to bring her for Christmas, Mariah doesn’t hesitate.

“I want a jack-in-the-box… and a unicorn!” Mariah said. “Because they go together.”

The parade is free to all, and hundreds of area residents gathered along Lincolnway in the middle of the city.

All groups are welcome to participate, and this year’s parade saw more than 30 different groups take part in the march down the town’s main street.

Andrew Gesse, former Marketing Director for the Greater La Porte Chamber of Commerce, says that the parade is important part of the holiday season for the city, since it helps to bring together La Porte in a positive spirit

“It’s way to welcome in the holiday season,” Gesse said. “It's grown over the past several years from having a few floats to having well over twenty.”

“Many people visit downtown businesses before and after the event to do some shopping and eating. It's a great event for families to bring children to meet Santa.”

The parade kicked off from the intersection of Teegarden and Lincolnway, continuing along the main drag and ending at the city’s Plaza 618, where dozens of eager children waited patiently in line for their chance to sit on Santa’s lap and whisper their Christmas wishes while their parents enjoyed refreshments.

Ed and Jackie Burek of Burek farms, were happy to have a booth set up at the plaza, offering winter produce, such as winter squash, brussel sprouts, potatoes, apples and much more.

“We’re kind of into the Christmas season here now,” Jackie said. “This is our first year doing the winter market and the response has been really good! It’s a nice parade that’s been growing every year, and we’re happy to be here.”

This year’s parade sponsors included American Licorice, Qubit Networks, World Finance and many others. Santa will be in his Chalet on Santa Parade day following the end of the parade and again on every Saturday from 10:00 a.m. - 1:00 p.m. until December 23rd.

For more information or questions regarding the Santa Parade, please call the Greater La Porte Chamber of Commerce at 219.362.3178 or email cutler@lpchamber.com.