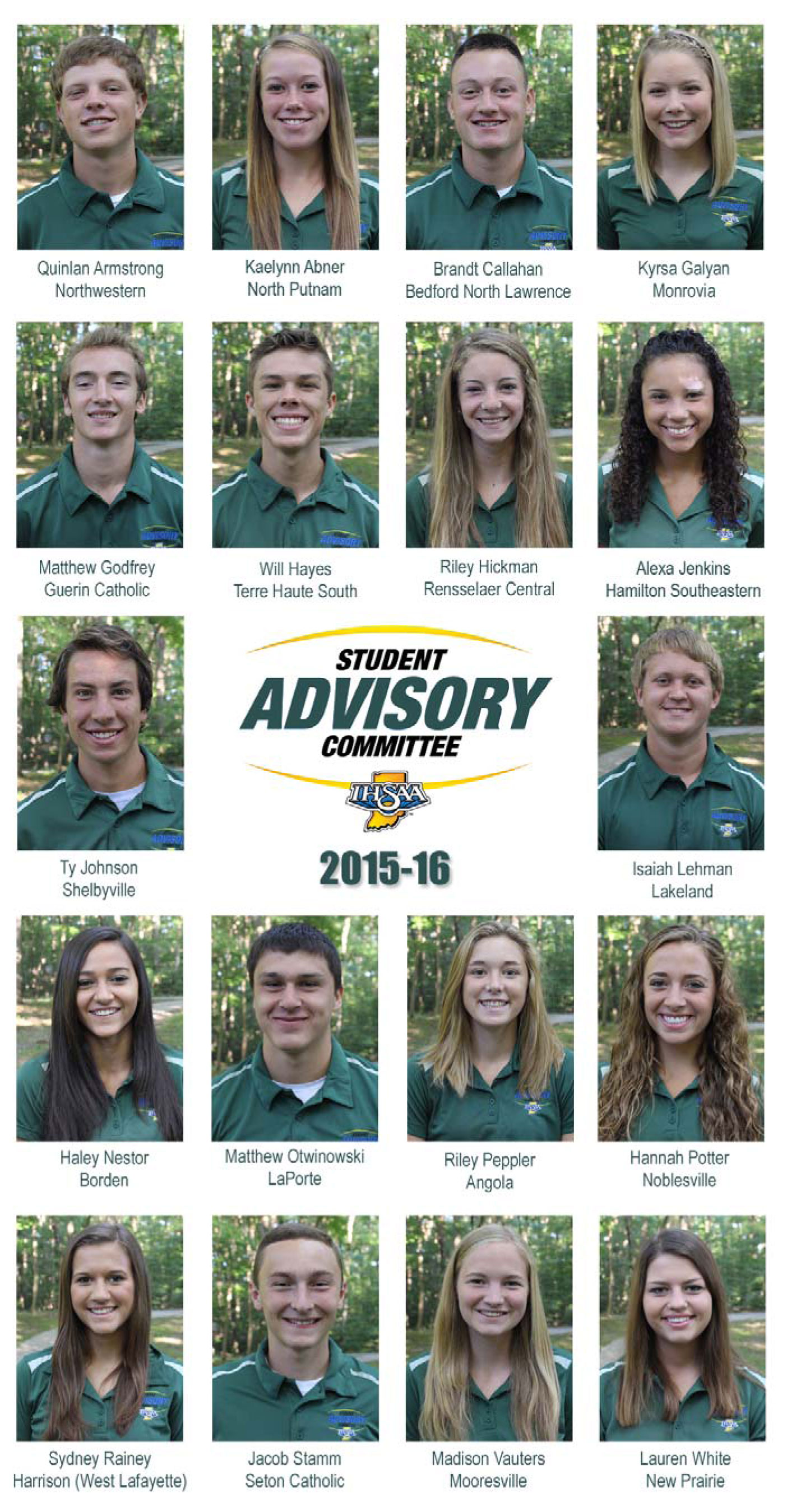 Eighteen high school student‐athletes from across the Hoosier State have begun the school year as members of the 2015‐16 IHSAA Student Advisory Committee (SAC).

The SAC represents the entire IHSAA membership of 408 schools, and its structure reflects that of the IHSAA Board of Directors in terms of classification and districts.

Each year, the IHSAA receives nominations from school principals on behalf of student‐athletes from IHSAA member schools. From that group of this year’s nominations, 20 were selected for interviews by members of the IHSAA Executive Committee, Executive Staff and returning members of the SAC. From those interviews, nine juniors were invited to join the group of nine seniors serving their second year.

Among the returning seniors are Alexa Jenkins of Hamilton Southeastern and Jacob Stamm of Seton Catholic who were elected as president and vice‐president, respectively, by their peers for the school year. Individuals who will serve as part of this year’s committee include:

The IHSAA began sponsoring the Student Advisory Committee in 2001‐02 to give Indiana high school student‐athletes hands‐on experience and a voice to the IHSAA staff. The SAC meets four times annually – twice each semester – and is responsible for hosting meetings with student peers at the upcoming Fall Area Principals Meetings; assisting with the awards ceremonies at IHSAA state championship events throughout the school year, planning and administering the annual IHSAA Student Leadership Conference in June and; to engage in and support the activities of Special Olympics Indiana including the Unified Track & Field State Tournament.

Other SAC functions include the development of an IHSAA Captain’s Handbook which is posted to IHSAA.org as well as assisting in the creation of multiple public service announcements addressing good sporting behavior which will be utilized during 2015‐16 state championships events.