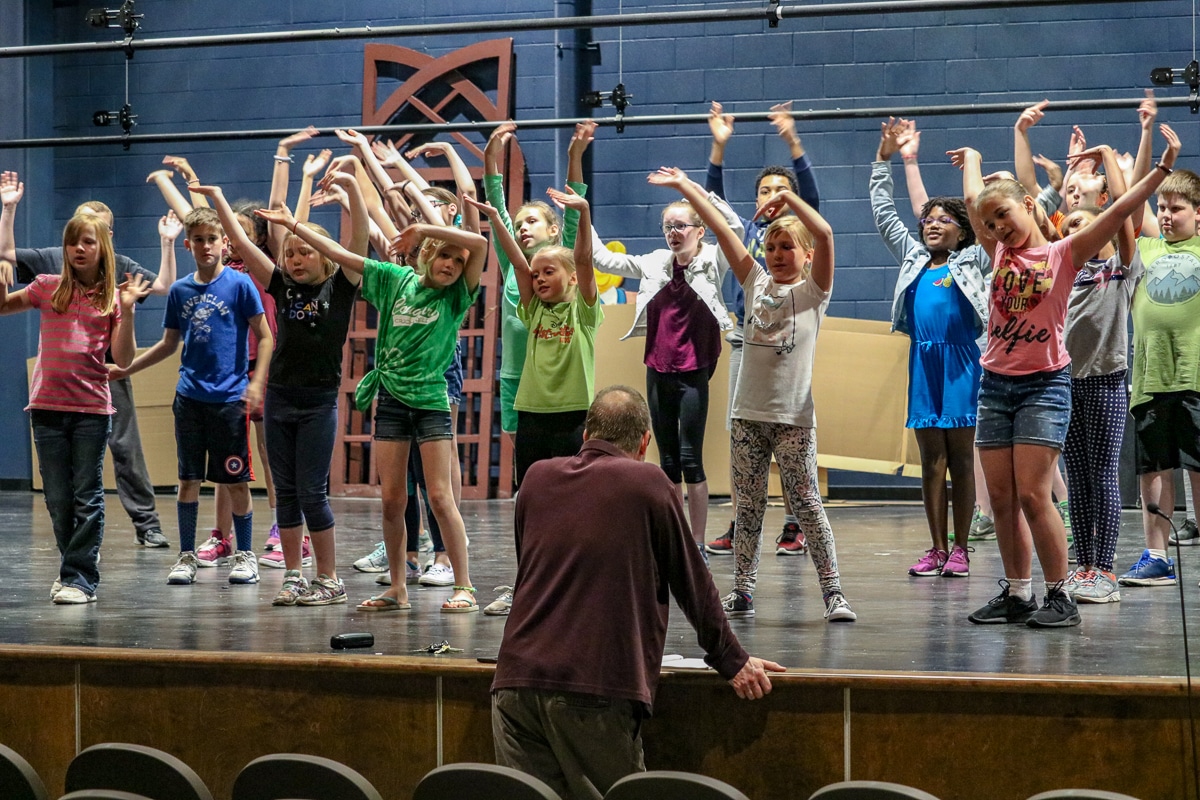 It’s tornado season in Indiana and, while making sure to take all necessary precautions, there’s one twister you won’t want to miss.

Fans of the 1939 film adaptation, starring Judy Garland, will feel right at home immersed in Harold Arlen’s timeless score and familiar transitions from a black-and-white Kansas to Oz in technicolor, shared Rich Snyder, director of both the play and the Performing Arts Center.

Snyder hopes the show will inspire a new generation to get involved in community theater.

“I'm trying to build a program here,” he said. "My line has been, 'You may call them munchkins, I call them the future.’”

The theater itself, which just reopened in October of 2018, has undergone a major makeover. The stage was rotated 90 degrees, more seats were added, and the sound, lighting, and set drop systems were all updated.

Next school year, Snyder is excited for the opportunity to offer acting and theater arts classes in the state-of-the-art venue.

"[Theater has] always been my passion and it's great to bring it here to La Porte," he said.

According to Trent Kaercher, the actor cast as the Tin Man, dancing was not the strongest part of his audition.

“But I got through it,” Kaercher said. “And everything was good.”

So far the rehearsal process has been pretty smooth, he said. They had just finished working through learning all the music and were starting on blocking. What he was most looking forward to were the costumes.

“I can’t wait until I get to be put in the whole suit,” Kaercher said.