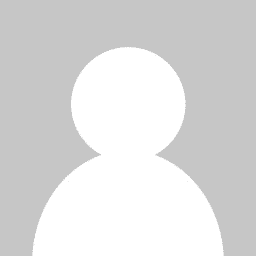 Out of all the clubs offered at La Porte High School, it is hard to find one more dedicated or more successful than the band program. Whether it is concert, symphonic, wind ensemble, marching, pep, jazz, or color guard, every single group brings something unique to the program. They all seem to have these characteristics in common, though: dedication, success, and a family-like bond. The correlation between these three things is not coincidental. The entire LPHS music department is regarded as one of the best in the state, and the band program does not disappoint.

The first band concert of the school year, full of songs from the concert band, symphonic band and wind ensemble, was held on October 14, and it was met with the usual roaring approval from the audience.

A work in progress only means that the kids are willing to work even harder to reach that level of perfection next time.

Aside from the success and talent in the school bands, there has also been extreme achievement from the marching band and color guard program recently.

Senior saxophonist and drum major Julia Jongkind has been in marching band, pep band and jazz band, as well as the school band, for the past four years. As her final year in the program, she wants to make it the best yet.

“I’m going to miss the atmosphere. I love the people and how close we are, family-wise, so I’ll miss hanging out with them and being part of something bigger to be successful,” she said.

Jackson Kubaszyk, a trumpet player, has been participating in the marching band for the last five years, and he believes he knows the secret to the group’s success.

“We’ve been highly successful because of our dedication and our collaboration as a family,” Kubaszyk shared.

Whatever the source of success may be, it is definitely working for the kids, and it will hopefully continue to work for them as they head into the ISSMA Scholastic Class State Finals at Lawrence Central High School on October 25.

Mickey Stisher, director of music and bands at the high school, is in his 27th year at La Porte. He is extremely proud of the work that the marching band has put in, and is looking forward to this weekend.

“It’s been a real uphill climb. We’ve done well at contests and won one. We have a very difficult show this year and a lot of competition, but they have improved tremendously week-to-week,” he said.

No matter what happens this weekend, the marching band, color guard, and every other band at the high school represents La Porte in a way that deserves the utmost respect. To some of these kids, band is not just a class; it is a way of life. This attitude shows through their determination and extreme love for the group, as well as through their fantastic achievements.