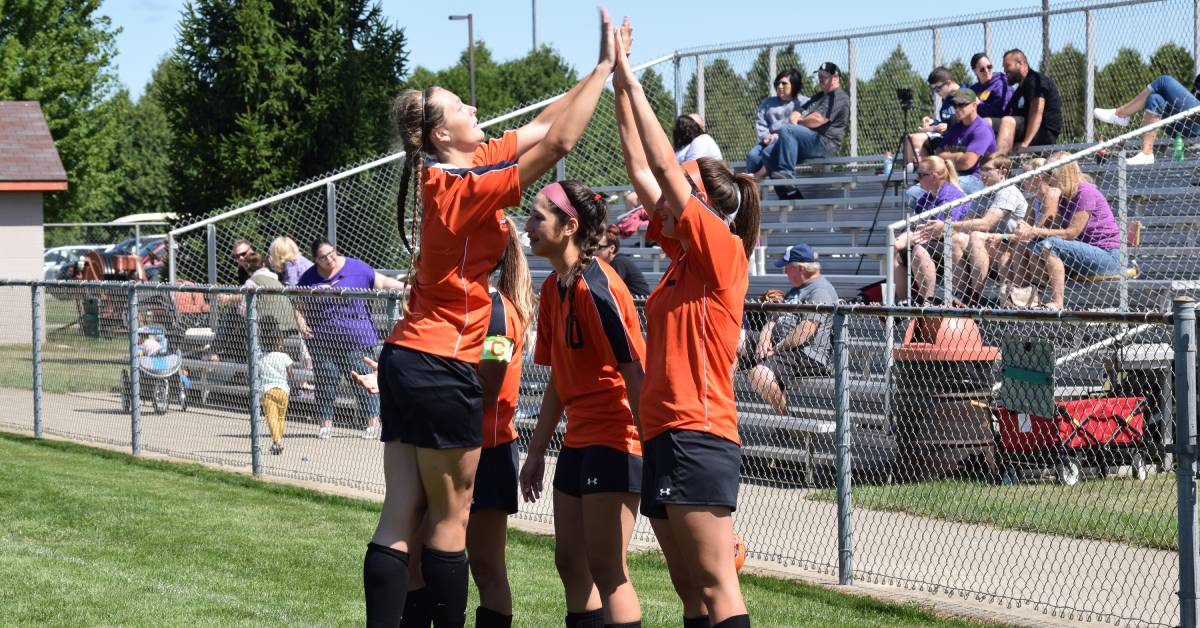 The La Porte Lady Slicers took on the Hobart Lady Brickies in an all out brawl at home. The girls made soccer a contact sport today as several players were taken out of the game due to injury. But not to worry as they’ll all be back on the field within the next few games. This just goes to show that every player on each side puts 110 percent into getting a W.

The first half was a nail biter as Hobart came out with two early goals followed by three in a row from La Porte. Hobart goalkeeper, Alexandria LaVelle, and La Porte goalkeeper, Lauren Pollock, both had their work cut out for them as each team was ruthless in taking shots at the goal but were able to keep the teams tied at three at the end of the first half.

Hobart came into the game without three of their starters due to injury and the SAT. Because of this, it was important that the girls didn’t get in their own heads according to head coach, Toby Provins.

“We’re thin, but we were thin in our first game too, and we did okay there,” said Provins. “So as long as we play as a team and play relaxed soccer, we’ll do just fine.”

Senior Captain, Abby Haluska, talked about the team upping their playing style by trying a new formation in hopes that it will help them focus on teamwork.

“We have a lot of speed, I think that’s our greatest advantage right now,” said Haluska. “But sometimes, we focus on going as fast as we can and forget to pass the ball.”

For La Porte, the team faces low numbers and a new coach. But new head coach, Ashley Rozparzynska, is the role model they all need and the one that brought this family together.

“We’ve had two games already this week so we’re a little tired but we’re going to come out fighting,” said Rozparzynska. “And with having such low numbers we’re more of a family this year and that’s what’s going to help us.”

La Porte came out firing in the second half with a goal within the first two minutes and didn’t stop there. La Porte executed the game plan and score with another two goals by the end of the game putting them up 6-3. Hobart did their best to fire back, but the La Porte defense kept them at bay until the final buzzer.