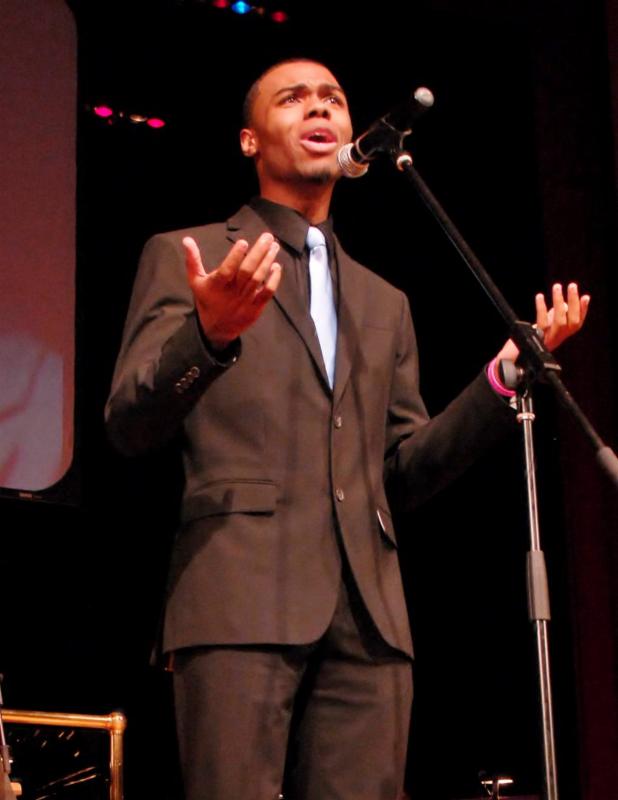 Delshawn Taylor The program for this evening will include crowd favorites such as "Tribute to John Williams", "The Sound of Music", "Armed Forces Salute" and "Stars and Stripes Forever". Patrons have a choice of either the permanent seating directly in front of the stage or relaxing on the grassy expanse around the performing area.

Joining the LCSO will be Delshawn Taylor, 2nd place winner in the adult division of LCSO's "Hoosier Star" competition in 2014. Delshawn recently won the American Prize in Voice as well as the Chicago Musical Theatre Award and recently made his debut in Chicago's Orchestra Hall. He will be singing selections from MAN OF LA MANCHA.

Make it a family affair! Arrive early, bring a picnic, enjoy Washington Park and then cap off your evening with the wonderful sounds of your La Porte County Symphony Orchestra.

There is a $7 per carload fee for admission into Washington Park. More information can be found at lcso.net.