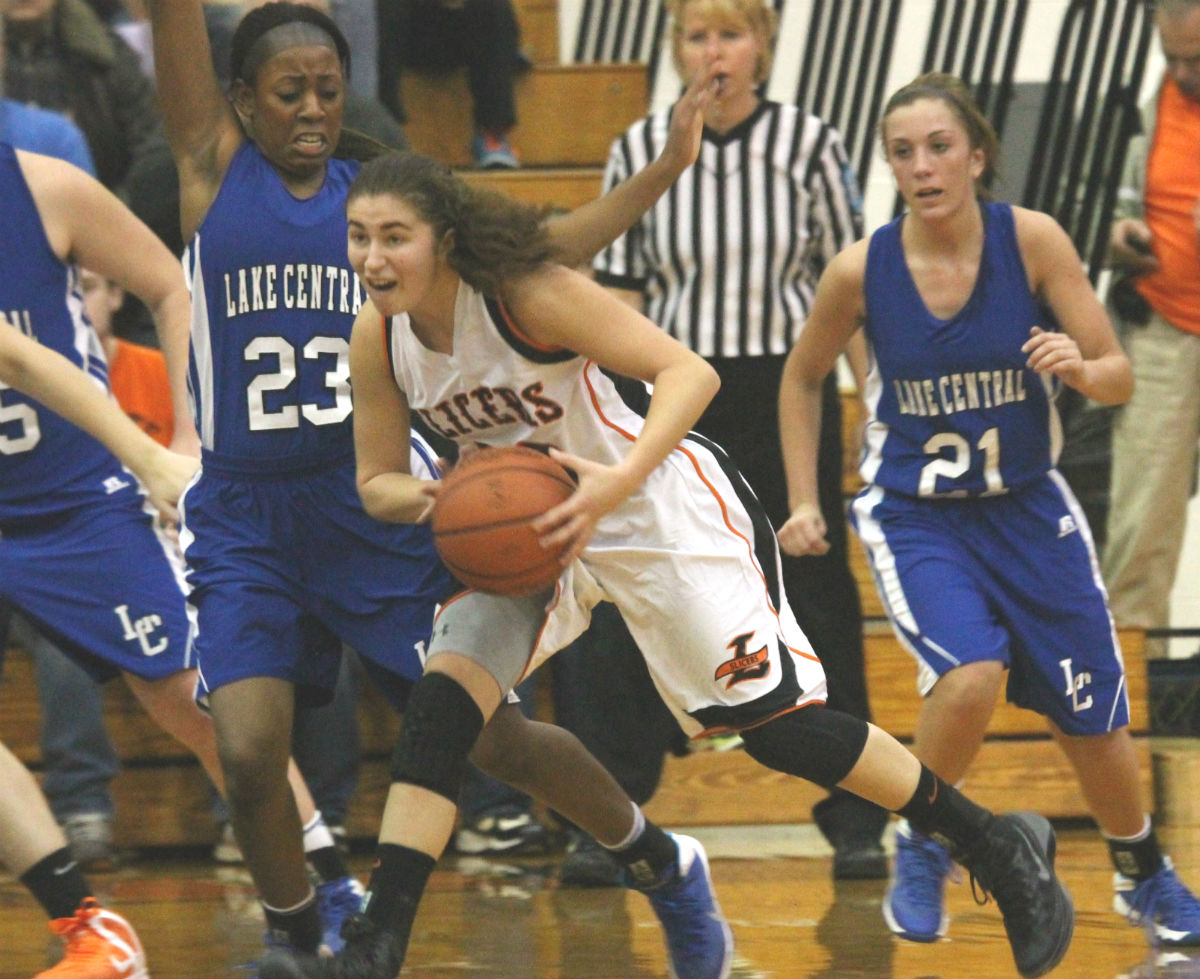 The Marquette Catholic boys and girls basketball team returned to action on Friday evening, facing off against Bishop Noll.

The varsity boys contest between Marquette and Bishop Noll Friday night initially looked as if the Blazers had not closed the gap between their GSSC rivals as the Warriors were able to build a lead that got as high as 15. But the Blazers slowly battled back and the fourth quarter was a back and forth affair, as both teams were tied after regulation. In the extra period, the Blazers were able to get the lead and hit their free throws down the stretch, beating the Warriors 67-61.

The girls basketball team struggled on the road as they lost to the Warriors 73-17 in Hammond.

The boys basketball C team got a off to a strong start and led at halftime, but Bishop Noll made the plays in the fourth quarter that was the deciding factor in a 52-41 Bishop Noll win.

In the JV contest, the Blazers built a commanding lead and never relinquished it as they won easily, beating the Warriors 56-29.

Marquette's boys team returned to action on Saturday when they hosted 3A Andrean High School. The freshmen squad started things off early on and played well, but lost 36-30.

The JV did not come out strong early in their contest as they were down seven in the first quarter. The Blazers fought back and were able to finish strong, pulling out a 40-31 victory. In the varsity contest, the Blazers played well but trailed the entire contest. The Blazers made a run in the second half, but in the end it wasn't enough as the 59ers made plays down the stretch and were able to win 49-40. The JV and varsity squad returns to action on Saturday, January 18 when they travel to St. Ignatius (Illinois). The C team tip off is set for 4 p.m., with JV and Varsity to follow.

Nicole Konieczny had a game-high 25 points to lead the La Porte girls basketball team past visiting Lake Central Friday night, 61-57. The Slicers erased an eight-point halftime deficit in the win.

Kelsey Gushrowski (12 points) and Jaclyn Heath (10) also scored in double figures for the Slicers, who remained undefeated on the year and are ranked sixth in the state of Indiana.

Cheyanne Gerron had 23 points, but it was not enough for the Michigan City Wolves girls basketball team Saturday night as they fell 86-81 to visiting Bowman Academy. Raven Wood added 17 points and six rebounds for City.