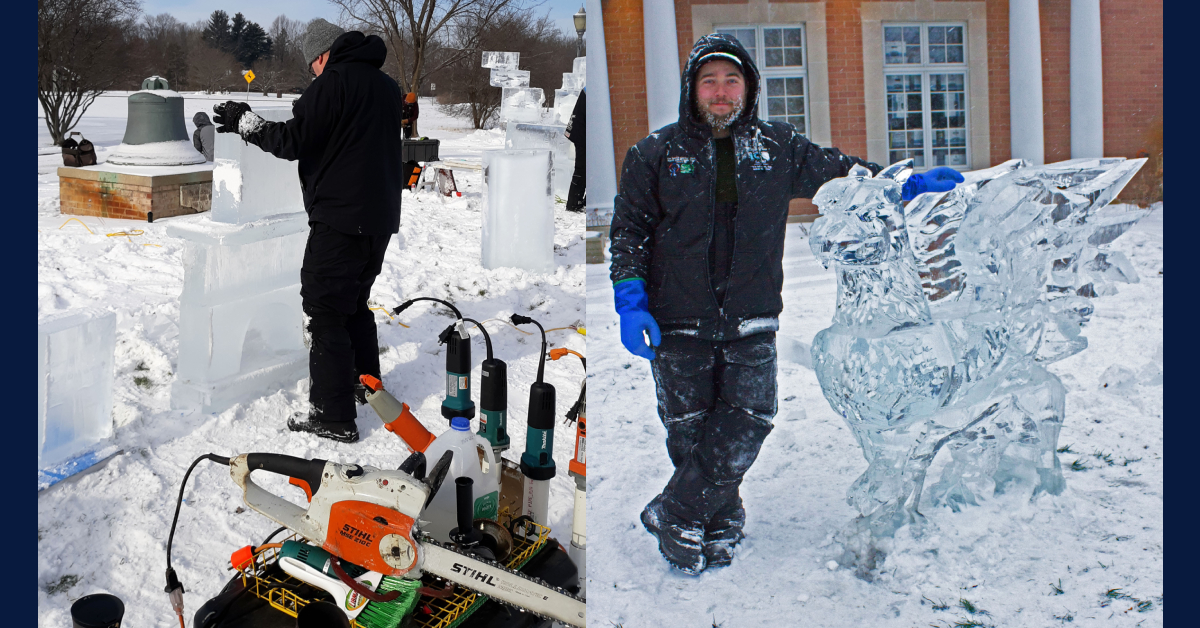 On Saturday, January 25, 2020, the La Porte County Historical Society Museum will be hosting its second annual Ice Sculpting Show on the front lawn from 9:00 a.m. to 12:00 p.m. All are invited to watch the ice sculptors carve their masterpieces out of ice blocks. Ice sculptors will chip away at large blocks of ice with tools including chisels, blow torches, and chainsaws.

The ice carvers belong to the Michiana Ice Carvers Artisans, a group of ice carvers from northwest Indiana and southwest Michigan whose goal is to advance the art of ice sculpture and to educate the public and future carvers. Five of the ice carvers will follow-up with a team competition in the 2020 Ice Alaska World Ice Art Championships in Fairbanks, Alaska, in February (www.icealaska.org).

The Museum which will be open from 9:00 a.m. to 4:30 p.m. An ice industry display will be featured. Learn about the various ice harvesting companies in La Porte County, their locations, and the tools of the trade. Snowball and Ice Tong scavenger hunts and a coloring corner will be available for children and adults.

The Ice Carving demonstration at the Museum coincides with La Porte’s WinterFest celebration activities scheduled from Friday, January 24 through Sunday, January 26. WinterFest is sponsored by the La Porte Park and Recreation Department.

La Porte has a long and significant history of ice harvesting. In December of 1873, there were 43 ice houses on La Porte County lakes. The largest single deposit of ice put in storage during the last week of February 1914 was some 65,000 cubic feet at Wolf Lake, enough to supply ice for 56 drinks per year for every person living in the United States at that time. In February 1938, it was announced that there would be no more ice harvesting on La Porte lakes. Warmer weather and the advent of “artificial” ice and electrical refrigeration ended the ice harvesting era in La Porte County.