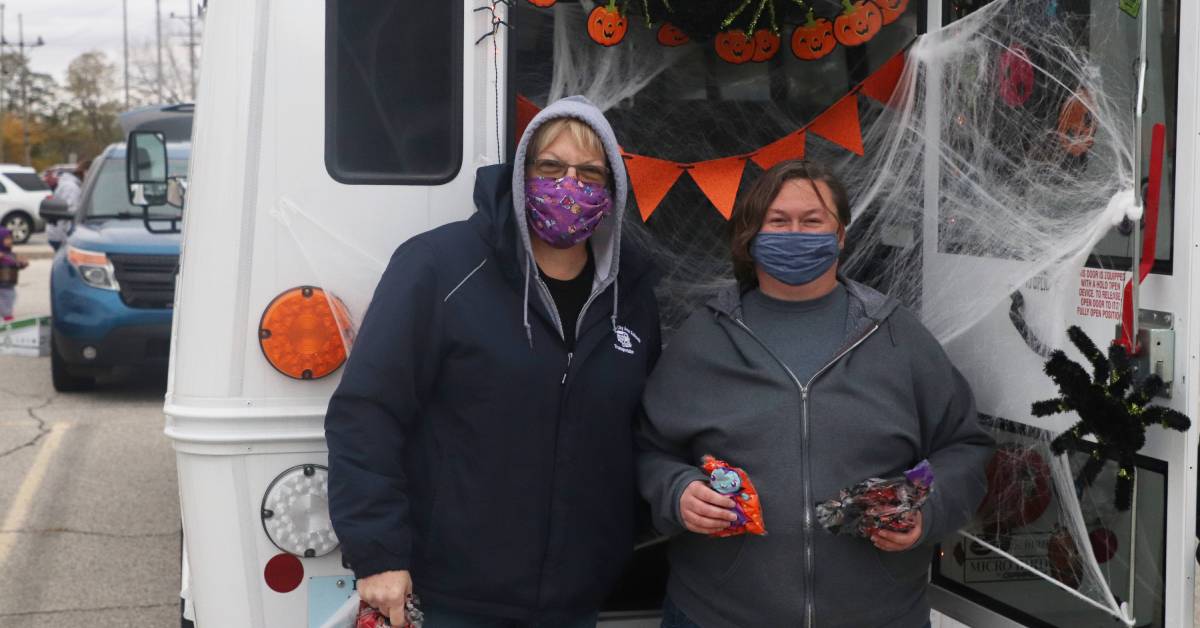 Children lined up throughout the La Porte County Family YMCA parking lot, in pursuit of tasty treats at the third annual Trunk or Treat event. The chilly weather did not deter residents of Michigan City from lining up for treats, however.

Children were dressed as everything from firemen and ninjas, to Buzz Lightyear as they greeted each trunk to receive candy. Smiles were abundant all around, as the spooky sounds of The Nightmare Before Christmas album served as the soundtrack for the evening’s festivities.

Workman and her team wanted to give children some sense of normalcy with the event.

“These kids have not been able to have a normal holiday this year. They didn’t get to have a normal Easter, Fourth of July, or any of that. So we wanted to give them something that felt familiar,” Workman said.

The dedicated team at the La Porte County Family YMCA had to try something new with this year’s event as a result of the pandemic.

“We originally were going to have the event inside with games and a dance, but we decided to have it outside and cancel the dance. We needed to change it up a bit,” she said.

“It’s really great to bring the community together during times like these. It’s great to have the kids out and give back to the children in our community,” Workman said.