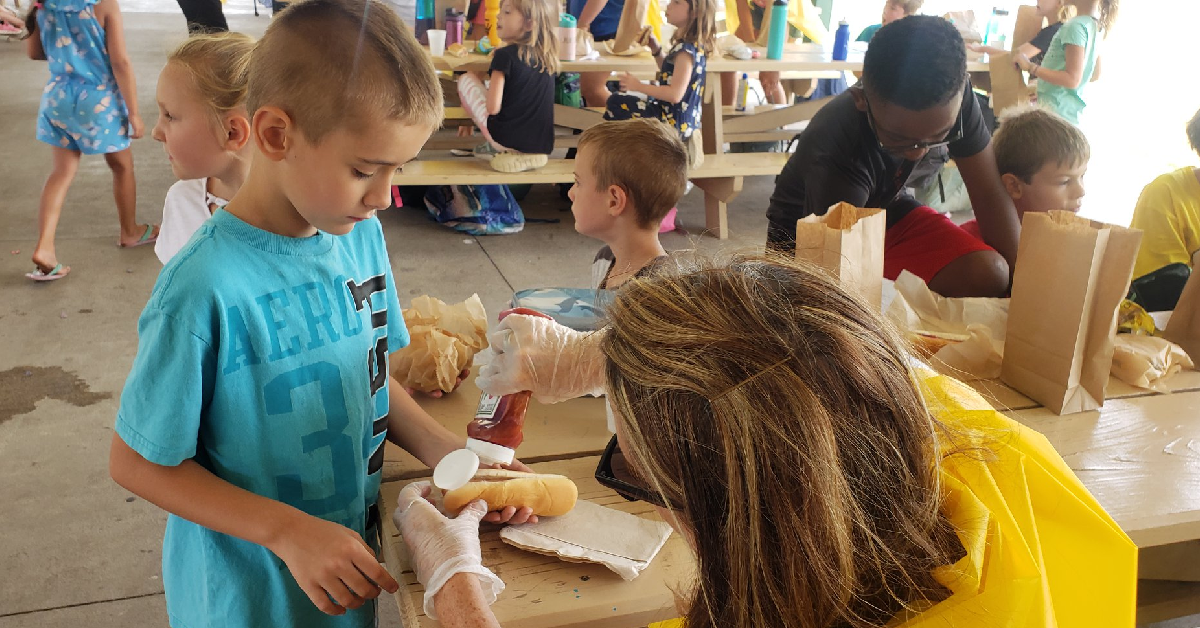 Debra Moss isn’t your ordinary grandmother. She has dedicated the past seven years to raising her three grandsons. While juggling the chaos that comes with raising three boys ranging from nine to thirteen years old, Moss found out that the Lymphoma she was previously diagnosed with, which had been in remission for 16 years, had returned.

“I just wasn’t sure what to do, going to the doctor’s appointments and trying to find someone to watch the boys was very difficult to balance,” Moss said.

Some of the boys’ favorite activities were when they were taken to the La Porte County Family YMCA, where the staff would take the time and have the patience to teach the boys skills that they can use later on.

“The folks over at the Y are a blessing,” Moss said. “They have the patience of angels. The boys have had some behavioral problems in the past, but when I’d pick them up, the staff would say that they were fantastic and loved being with them. They'd be praised for how respectful and well-mannered they were.”

When Moss’s cancer treatments began earlier this year, she was faced with a Herculean task. She had to not only fight for her life, but fight for her grandchildren as well. After hearing her story, the staff at the La Porte County Family YMCA decided to help. Through their Scholarship Program, Moss's grandsons were sent to a summer camp, where they got to spend their days outdoors, and continued to develop with the staff at the camp.

“That summer camp was the best thing that could happen to my grandsons,” Moss said. “When they came back from camp, one of the boys gathered up a bunch of thank you cards and sent them to each of the camp counselors. They’d tell me, ‘Grandma, I’m sad because I won’t get to see some of them again because they’re going off to college.’ Those young people are real blessings. I couldn’t thank them enough for letting my boys go to camp. They loved being able to spend time outside and be occupied all day long.”

Through the hard work and dedication of the staff at the La Porte County Family YMCA, families like Moss’s are able to enjoy activities that many take for granted. Sometimes, all it takes is one, seemingly small act of kindness, that can change a person’s life. The kindness and generosity of the La Porte County Family YMCA allowed for Moss to attend her cancer treatments without worrying about her grandsons.

“Without the Y, I don’t know if my grandsons would be in the same place they're in,” Moss said. “I will be forever thankful for the kindness and patience they've shown my family.”

If you are interested in joining the La Porte County Family YMCA, visit https://www.lpymca.org/.