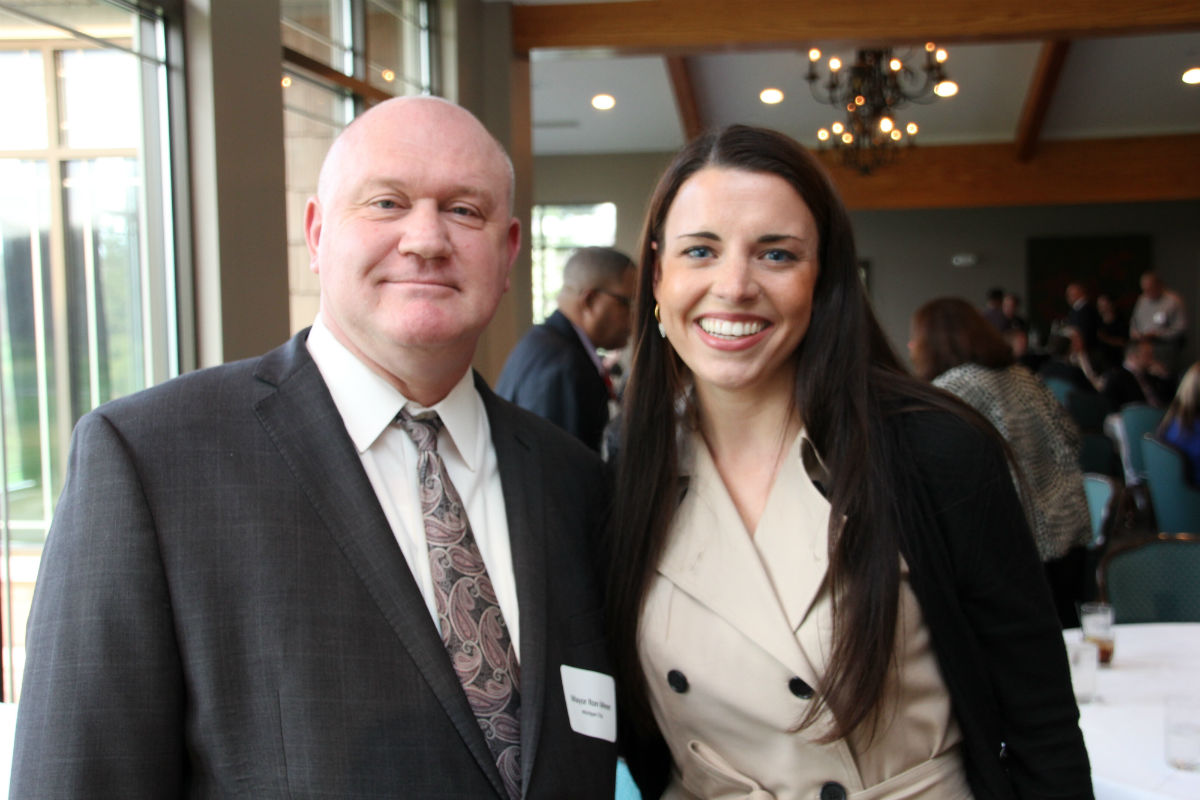 “This is our Circle Of Investors reception and these are private companies who have invested in both Michigan City and La Porte’s economic development fund,” said EDCMC Executive Director, Clarence Hulse. “They help us keep the doors open and the money is also used for salaries, marketing and operations. Having that public and private partnership is key to our success because they believe in what we’re doing.”

“That’s a true testament to the corporations’ and the cities of La Porte and Michigan City that says they really support their communities, they are true corporate citizens and that they believe in what’s going on in the the community,” Hulse said. “This is a way for us to say thank you and that we appreciate their support and we’re looking forward to the future.”

Echoing Hulse’s sentiments was Kim Ramsey, Assistant Development Director with GLEDC, who spoke about some of the successful expansions and infrastructure projects happening in La Porte over the last year and into future.

Click here to see all the photos from the gallery!

“The ‘Circle of Investors’ event tonight gives us a chance to recognize the companies that have contributed to our investment campaign from 2014 all the way up until today in 2016,” Ramsey said. “We’re also recognizing the successes in Michigan City and La Porte like all of the expansion projects and relocation projects.”

“One of our highlights over the recent investment campaign was the $140 million expansion project for Alcoa Howmet,” said Ramsey. “It was a huge success for the city of La Porte. Right now we have a lot of great things happening with the infrastructure project at Thomas Rose Industrial Park and the progress and infrastructure that’s going in at Newporte Landing”

In the last year, the EDCMC and GLEDC have combined to bring to La Porte County over 200 new jobs, retained nearly 400 jobs locally and brought over $40 million in new investments to the area. Private investment in both Economic Development Corporations has had a big impact in helping La Porte County to stay competitive.

“This our opportunity to thank all of those individuals and companies that share their financial support and, probably more importantly, their professional support with our organizations,” said GLEDC Executive Director, Bert Cook.

“We’re firm believers that the accomplishments we’ve had and what we’ve been able to do has been a direct result of this private support. We have great support throughout our cities and that’s fairly obvious, but behind the scenes the support from our local companies is essential in accomplishing what we’ve been able to accomplish. All of the initiatives that we take on are only possible because of the support that the people in this room give us.”