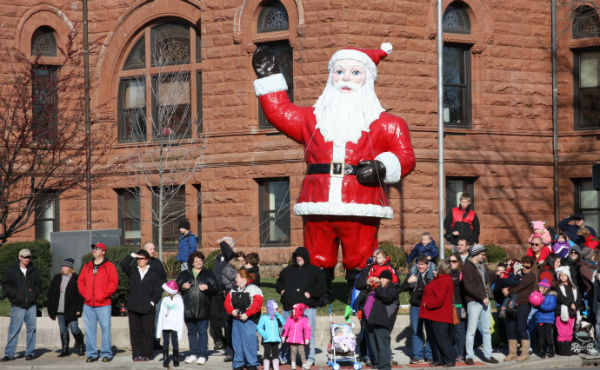 Michigan City may be best known for their summertime events occurring on the beautiful shores of Lake Michigan, but the City is also becoming a destination spot during the holiday season.

The holiday season officially began earlier in the month with the Festival of Lights parade in Washington Park and the chili cook-off, a yearly tradition held at the Michigan City Senior Center.

Over in La Porte, the holiday season kicked off earlier in the month with the annual Downtown Santa Parade and then with the 19th annual Holiday at the POPS concert, presented by the La Porte Hospital Foundation. The La Porte County Symphony always dishes out a dazzling performance.

The Christmas lighting display in Washington Park, which features a number of artistic designs with the backdrop of a well lit Bandstand, that is now more than 100 years old and still anchoring the Park’s landscape, is one of the most picturesque scenes in all of Northwest Indiana. The Festival of Lights began as a yearly tradition in 1981, and has gained in popularity over the three decades since. 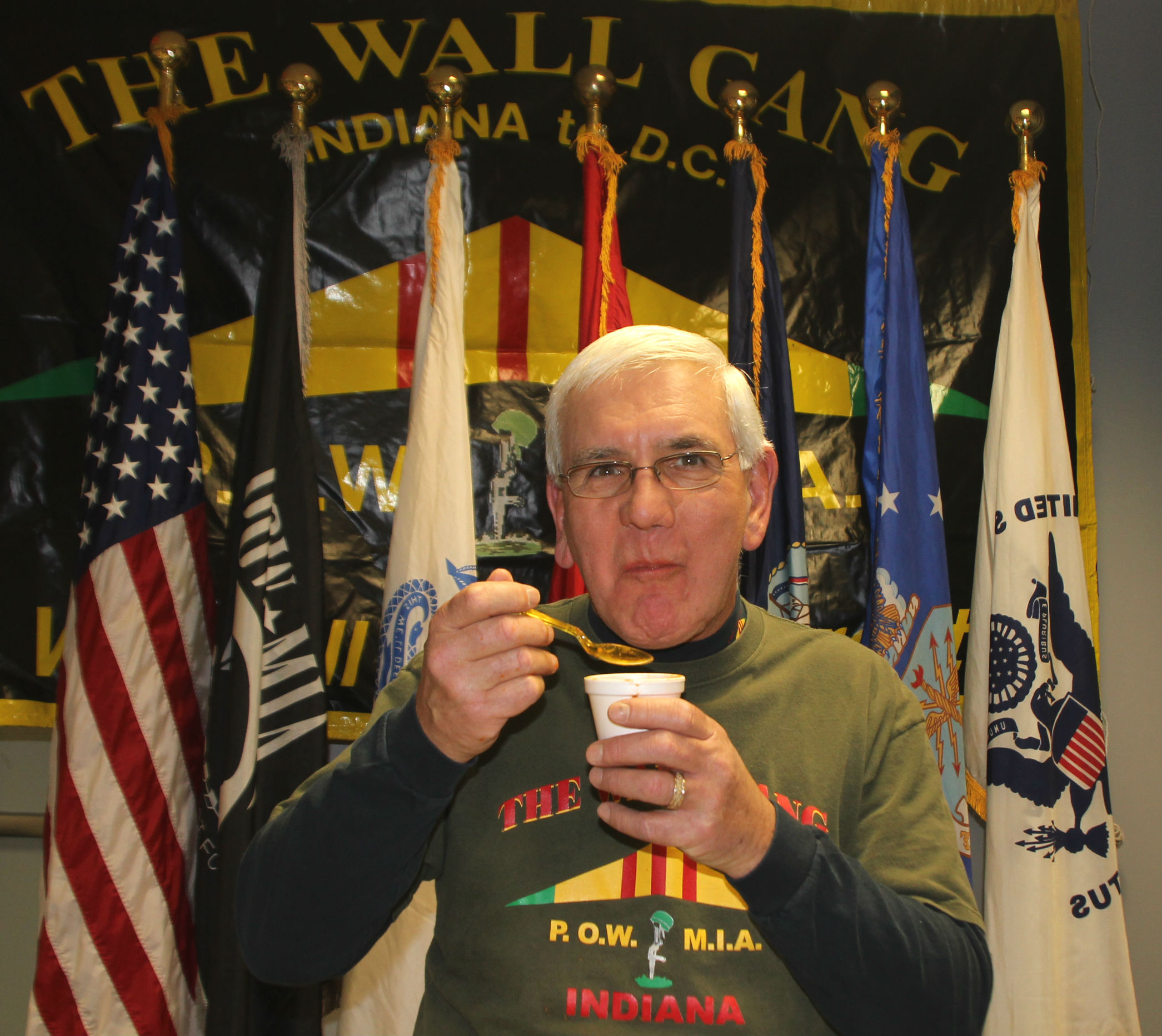 Washington Park, while beautiful all year round, is even more so during the holidays, Park Department Superintendent Jan Orlich said. And with work on the display beginning as early as September, it is the hard-work and dedication of the park’s maintenance department that makes it all possible.

“Festival of Lights requires the entire maintenance department to set up,” Orlich said. “99 percent of all displays are on timers to reduce energy usage and costs. Lights go on at dusk and they usually go off between midnight and 1 a.m. Park Maintenance usually checks displays once a week for burnt out strands of lights, blown breakers, unplugged extension cords, etc.”

The Uptown Arts District also does a great job in taking part in the holiday spirit. For the last few years, businesses along Franklin Square have had ice sculptures designed to add to the artsy feeling of the area that thrives on their First Friday events held every month. A chili cook-off of their own usually takes place on the First Friday of December, with District businesses competing against one another for chili bragging rights.

Mayor Ron Meer suggests a drive along Lake Shore Drive. While this may be more popular in the summer, Meer says he always makes a point to take in some of the amazing lighting displays residents in that area have to offer.

In the city’s Village Green neighborhood, residents make holiday lighting a sport, with a competition held in late December to see who has the best holiday displays in a number of different categories. Longtime judges Chuck Oberlie and Patricia Boy have handed the reins to Meer and Bob Graves, maintenance director for the Michigan City Park Department. Organized by Village Green Neighborhood Association President George Neagu, the competition is one of the many ways neighborhood residents take pride in Village Green.

Another place to during the holiday season is the Barker Mansion, one of the city’s most historic structures and dedicated place on the National Register of Historic Places, located at 631 Washington St. 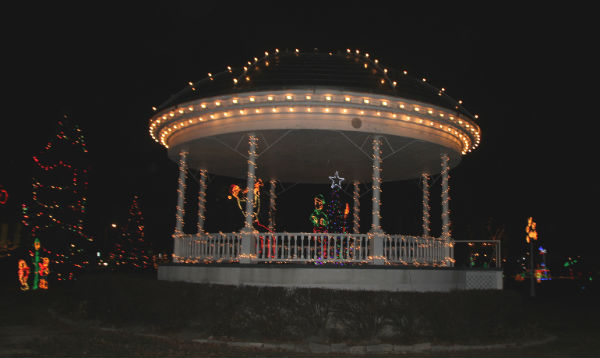 For the last two decades, the Mansion has selected a different theme every year, and has decorated every room in the house to that premise. This year, with the theme of ‘Children's Classic Stories at Christmas,” rooms are decorated to look like scenes from Alice and Wonderland, The Wizard of Oz, and Cinderella among others.

Previous year’s themes include “Presidential Christmas” and “Christmas Around the World.”

The decorations at the Mansion extend outdoors as well, as lights provide the glow for trees in front and behind the Mansion. In the courtyard, another lighted Christmas tree is joined by a Santa Claus and sleigh.

An open house will be available to anyone wishing to see the popular display until Christmas, with the Mansion being open from noon to 3 p.m. until December 20, and from noon to 4 p.m. on December 21 and 22.

Decorating the Mansion every year is “a large job,” according to Cecilia Zubler, executive director of the Barker Mansion.

“It took our staff about a month to put it all together,” she said.

The Mansion received some help from the Michigan City High School National Honor Society, whose members helped put up the trees.

School groups from Michigan City and the surrounding region have been planning field trips to the Mansion during this time of year, Zubler said.

“For people looking for things to do around Christmas, this is something special,” she said.