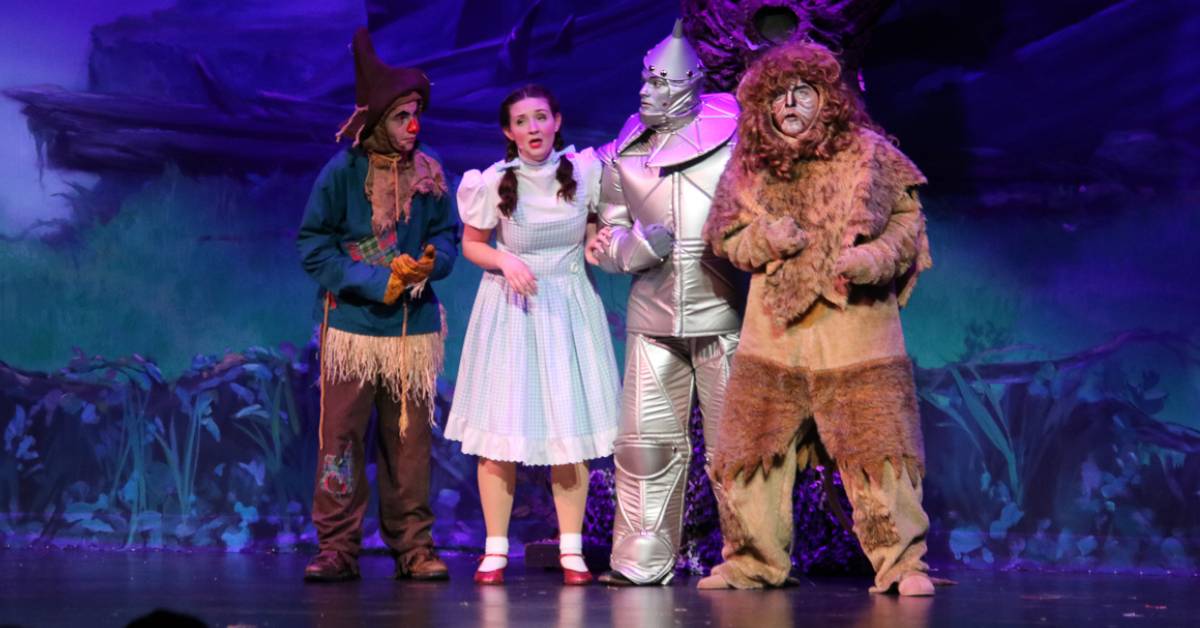 There was no place like the new La Porte High School Performing Arts Center on Friday, as more than 60 cast members took the stage for the opening night of “The Wizard of Oz.”

"I'm excited for the kids,” said Jessica Tenbusch, the show’s choreographer. “This is an awesome opportunity for all of them to get to be involved in the first show. This is definitely a much larger scale than anything they're used to."

Tenbusch said she was impressed with how hard the kids involved had worked to learn parts.

"The kids were really great,” she said. "It was less than two months of work to put on a huge production, so they've really done a great job."

One scene in the second act was particularly fun for Tenbusch because it involved a vintage dance piece originally cut from the film version.

"I'm excited for people to be introduced to the Jitterbug, if they haven't heard it or seen it before,” she said.

And she wasn’t the only one. Shania Povlock, the actor portraying Dorothy Gale, said it was her favorite scene.

“I really love the Jitterbug– the dancing and the singing,” Povlock said. “I thought it was really cool that we put that in the musical."

Playing the lead role was especially meaningful to Povlock. When she was younger, her sister had spent time at Riley Hospital for Children in Indianapolis. One day, they were visited by actors who’d played Munchkins in the classic 1939 film and got to see the original Ruby Red Slippers.

“When I was cast as Dorothy, I thought back to that and it was kind of like my sister is a part of this show with me," Povlock said.

Despite being a little nervous, she wasn’t worried about her performance, and credited Director Richard Snyder for his efforts preparing the cast.

"I'm pretty confident,” Snyder said. “The kids are well rehearsed and I think it's going to be a great show."

Ever the dedicated thespian, Snyder himself watched the opening night from backstage while filling in for a sick crew member. He said he was looking forward to hearing the audience’s reactions.

"I'm excited to see it come to life," he said. "The community will be amazed at what kids can do given the opportunity."

This production was a debut performance for stagehand and ensemble cast member Horatio Bankhead.

“My favorite part of the show is really just being there," Bankhead said. "It feels pretty great. I'm definitely gonna do another one, I'll tell you that much."

After the final curtain call, cast members lined the hall to meet and greet their opening night audience.

Jenn Wiles, mother of Munchkin and youngest cast member Bryn Wiles was thrilled to watch her daughter on stage. She was impressed with the skills and confidence Bryn picked up over the course of rehearsals.

"It's so exciting,” Wiles said. “I don't know where it comes from, but she's not afraid of anything. She just gets out there and does her thing and she absolutely loves it."

As people filed out into the night air, the energy and excitement was palpable.

"I think this show was absolutely phenomenal," said Amy Povlock, mother of Shania Povlock and Lollipop Guild/Flying Monkey actor Jake Povlock. "It's going to be an act to follow, for sure."

"I can't wait for the years to come, to see what Mr. Snyder has in store," she concluded.
Tickets for Sunday’s matinee performance can be purchased at https://www.ticketracker.com/store/events/95. For more information about the new Performing Arts Center, please visit https://www.lpcsc.k12.in.us/pac/.