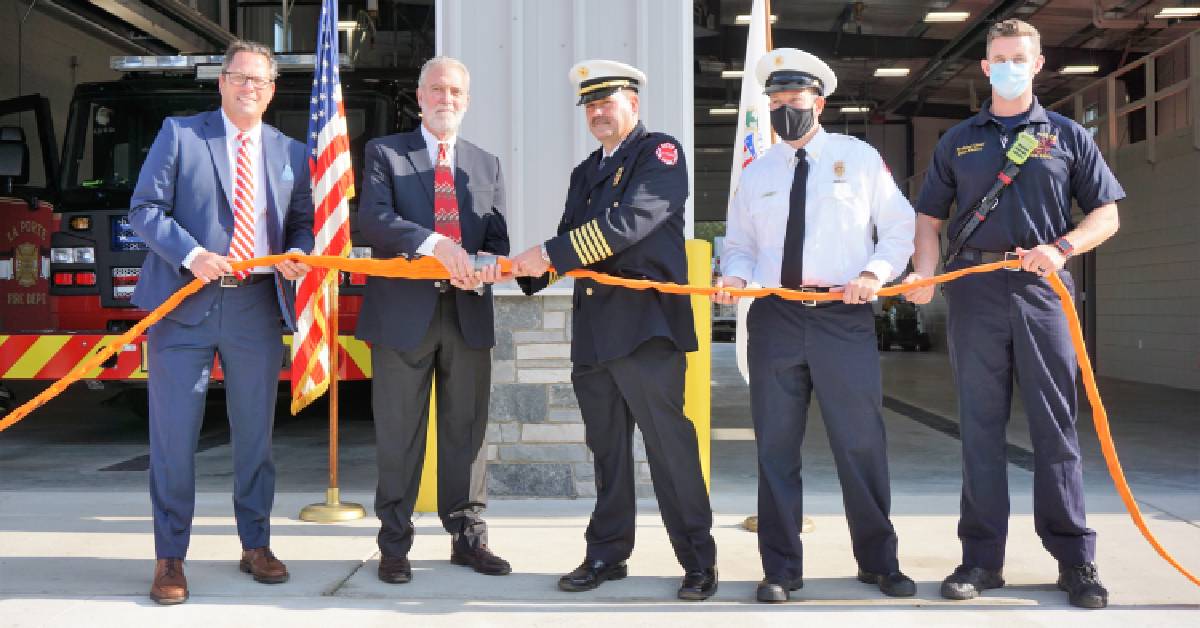 The City of La Porte proudly announced the grand opening of their newest fire station, a relocation of Station #3 to 710 Daytona Street from its previous location at the corner of Lincolnway Avenue and Boyd Boulevard. Now more centrally located to its designated service area, the new location helps to alleviate some of the traffic difficulties that had been noted in regards to the previous location, and also greatly increases the size of the station.

With roughly three times the square footage as the previous location, the new station also has room to grow, and the city plans to add and implement fireground training to the location in the future.

La Porte Fire Chief Andy Snyder believes that the station will shorten fire response times and will improve overall service to the community.

“It’s well documented that roughly 90% of all fires happen in residential areas rather than commercial,” said Chief Snyder. “This station, located right here in the heart of a residential area, allows us to improve our response times to this area. This station puts us right where we need to be to provide the best service to this community.”

The former location at Boyd and La Porte has already been sold, and will be the future location of a Popeye’s Chicken restaurant.

“We’ve got the best firefighting team around,” said La Porte mayor Tom Dermody, inciting a round of applause from the crowd. “This building matches what we need to continue that progress, to be able to offer training to ensure that our firefighters are prepared for anything that comes their way. This building will allow us to do that.”

Mayor Tom Dermody generously acknowledged the efforts of Fire Chief Snyder, as well as former La Porte mayor Mark Krentz, whom he stated were instrumental in making this new station location a reality.

“He (Krentz) is the one who really saw this through,” said Dermody.

Chief Snyder agreed, deferring much of the credit to the former mayor as well.

“Mayor Krentz was immensely responsible for this project,” said Snyder. “When it was first laid out to him, he moved forward without hesitation, and this is the end result.”

“Without her giving us the thumbs-up to move ahead with this project, we wouldn’t be where we are today. I’m sure she’s looking down on us right now, and I’m sure she’s smiling.”

Also key to the new project were contractors Larson-Danielson of La Porte.

“They were outstanding,” said Chief Snyder. “They gave us a timeframe, they gave us a budget and they stuck to it, and even finished the project ahead of time.”

With a twist of the wrist, the fire hoses laying across the open bay doors were ceremoniously uncoupled. “We are open for business!” said Chief Snyder.

“This is a win-win for the city of La Porte and I’m very excited for the future,” said Mayor Dermody.