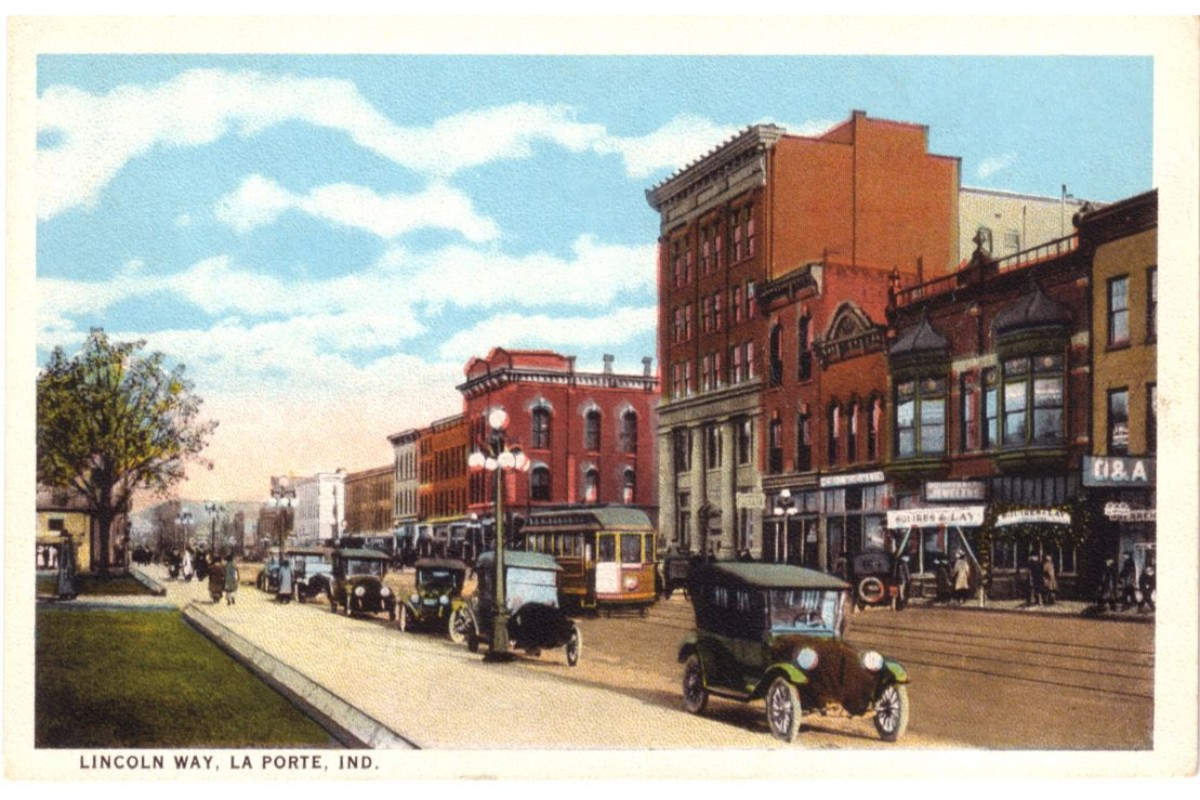 A place’s history is a valuable and irreplaceable piece of its culture, telling the sacred story of origins that makes an area what it is today. While all history is precious, the origins of some places are undoubtedly richer than others. One such place is our own city of La Porte.

First settled by French explorers in the 1670s, the area that would become what we know today as La Porte had its beginnings as part of the Potawatomi Indian Nation, and stretched from the Wabash River in the South to Lake Michigan in the North. Once the French made their way into the area, others began to pass through as well, including fur traders and other settlers who continued to arrive long after the first explorers.

Each of these groups made frequent use of a wide Indian trail that passed through the forest to the next prairie. Over time, this became known as a legendary passageway or door for all early pioneers and settlers. For this reason, the French referred to this place as “La Porte,” or “the door” – a fitting name to say the least, as it served as a gateway for settlement all those years ago, and continued to be a catalyst for major events in history for decades to come. Aside from “the door,” La Porte is also sometimes referred to as “Maple City,” due to the many maple trees planted in the 1850s by local resident Sebastian Lay along Indiana and Michigan Avenues.

The city was established as a community in 1832, grew to the size of a town in 1835, and created its first newspaper the next year. La Porte Medical School was founded in 1842, and was the first of its kind in the Midwest. La Porte officially became a city with around 5,000 residents in 1852. From there, La Porte began to leave a large historical footprint on the manufacturing industry through the Rumely Allis-Chalmers Manufacturing plant.

Spearheaded by brothers Meinrad and Joseph Rumely in 1853, the plant was created to manufacture horse-powered machines. In time, the plant continued to grow and eventually was purchased by Allis-Chalmers in 1931. With its massive production of farm equipment and machinery, as well as tanks during World War II, the plant employed countless La Porte community members and opened the door for the industrialization of agriculture. The plant even earned La Porte the nickname of Harvester Capital of the World. Although Rumely-Allis Chalmers Manufacturing plant closed in 1983, its mark on La Porte’s history will not be forgotten and can still be appreciated at the Rumely Allis-Chalmers La Porte Heritage Center, located adjacent to the LaPorte County Fairgrounds.

La Porte’s rich history also was fueled by the LaPorte County Fourth of July celebration. The tradition began back in 1946, when the LaPorte County Junior Chamber of Commerce (Jaycees) announced that the community would be having a Fourth of July parade, the first major celebration since 1935. The 10 years prior had passed with attention on the Great Depression and World War II, and this was another “open door” to bring life back into the city.

The festivities ended up attracting 20,000 people, and over the years this tradition has developed into one of the largest celebrations of American Independence in the state of Indiana. The tradition has continued since World War II, with the phrase “spend the fourth in La Porte” becoming a popular mantra among Northwest Indiana residents. The community celebrates the fact that La Porte has been named Capital for a Day for the State of Indiana each year on July 4.

Certain notable individuals have contributed to the rich history of La Porte, including famed black widow Belle Gunness, who came to La Porte from Europe in the late 1800s and is said to be responsible for the deaths of over 40 men. Gruesomeness aside, Gunness has continued to be an endless source of fascination, drawing many writers, short film producers, and crime mystery fans to the area. Other Hollywood producers who have put La Porte on the map include John Hancock, with the movie Prancer.

The city is also known for the sport of baseball, thanks to legendary coach Ken Schreiber. Schreiber produced seven of the eight state titles earned from the 1960s to 2000. Over the course of his career, Schreiber had more than 1,000 wins that earned him a place in multiple amateur sports halls of fame. Two of his players, Ron Reed and Chris Bootcheck, also went on to become major league pitchers.

Also among the greats of La Porte are William Worral Mayo, who assisted his sons in founding the famed Mayo Clinic; Dorothy Christ, former outfielder in the All American Girls Professional Baseball League; and Emerson Spartz, founder of MuggleNet, the most visited Harry Potter website in the world.

Today, La Porte has grown to a population of more than 22,000 residents. The city is continuing to build upon the innovative ideals first born through its rich history.