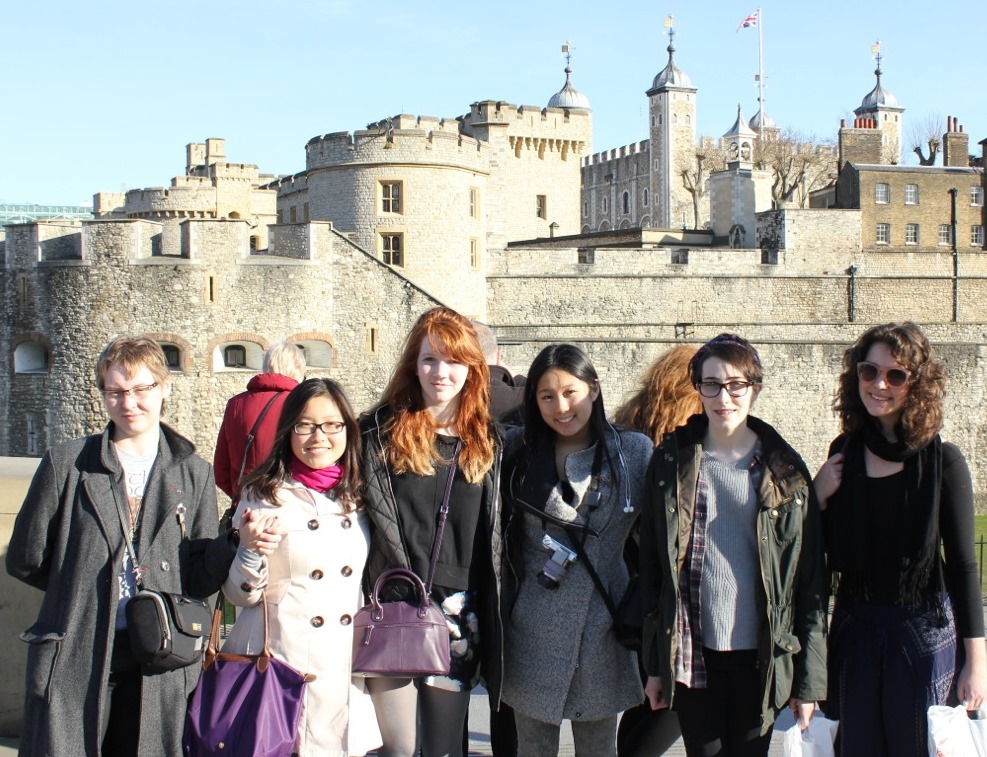 Several La Lumiere School students traveled to London, England for one week during spring break as part of the School’s Trips and Exchanges program. These travel opportunities are designed to provide students with academic or service credit in addition to invaluable cultural immersion. As part of the 1-semester credit course London: History and Culture, students and chaperones learned about architecture, history, government, theater, dining, and English culture. During their visit, students toured the city in a double-decker bus and saw Buckingham Palace, Big Ben, and the London Bridge. They visited Westminster Abbey and enjoyed a trip to the British Museum where they viewed Chinese, African, and Korean Ceramics and artifacts; handwritten music by Mozart and Bach; and pages from Leonardo Da Vinci’s journal.

Their experience included a walk through the Churchill War Rooms where major decisions were made by the British government during WWII, and a tour of Shakespeare’s Globe Theatre, Shakespeare’s birthplace, and his gravesite in Stratford-upon-Avon, Warwickshire, England. The students enjoyed walking across the Tower Bridge and a tour of the Tower of London where the Crown Jewels are kept. They toured the House of Parliament and the British Library which holds Bronte’s original handwritten copy of Jane Eyre among other treasures. To complete their trip, students rode the London Eye Ferris wheel, also known as the Millennium Wheel, and attended Anglican mass at the spectacular St. Paul’s Cathedral.