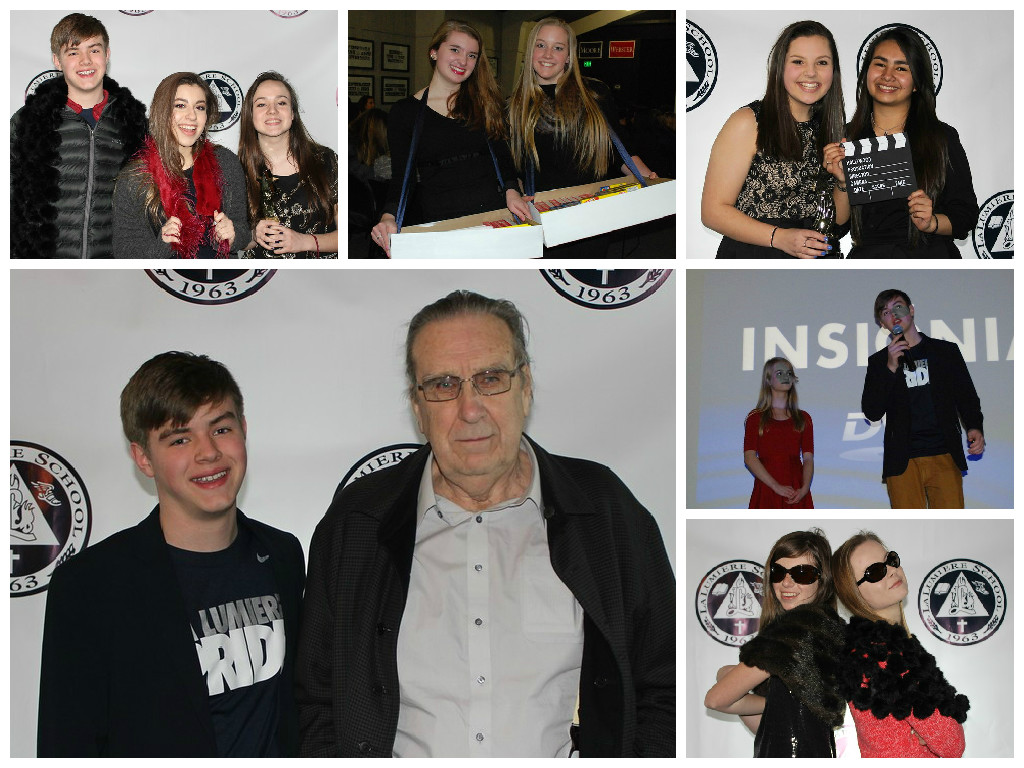 “Swan Song” tells the story of Julie, a troubled 13-year-old girl who loses her mother and is sent to Indiana to live with her grandmother, Karen; a former star of stage and screen who is showing signs of early Alzheimer’s. Despite initial difficulties adjusting to her new environment, Julie comes to love her grandmother and her new home. Carlson portrays Anthony, Julie’s love interest. Julie Tarnow, another local actor and freshman at La Porte High School plays Julie. Both Tarnow and Carlson were on hand for the screening to field questions from the students who were also given the opportunity to help choose the final name of the movie. The film is expected to hit theaters in August 2016.

As a feature film director, Hancock is best known for the 1973 film "Bang the Drum Slowly" starring Robert De Niro and Michael Moriarty. Hancock’s other early film credits were "Let’s Scare Jessica to Death" (1971), "Baby Blue Marine" (1976) and "California Dreaming" (1979). In the 1980s, Hancock directed episodes of "Hill Street Blues" and "The Twilight Zone." He also directed the film “Weeds” (1987) starring Nick Nolte and the Christmas classic “Prancer” (1989), which was set in Three Oaks, Mich., and filmed throughout the area. Two other films, “A Piece of Eden” (2000) and “Suspended Animation” (2001), were also filmed in the area.