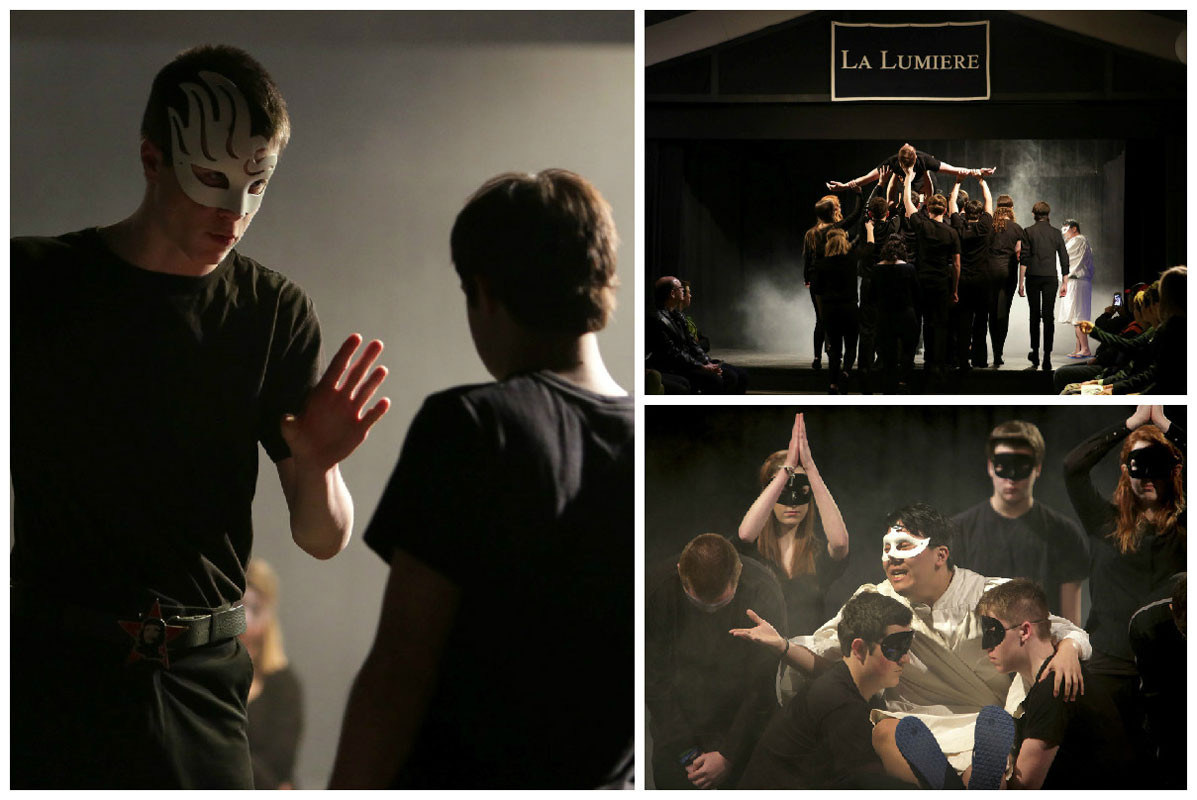 This winter the La Lumiere School Drama Department performed Everyman, a classic play written by an unknown author in the late 15th century. Everyman is a compilation of moral tales composed at a time when only priests and monks could read or write. These so named “morality plays” were designed to help the unread and unwashed learn how to be better Christians. Everyman uses one character in a life-or-death situation to explain how little of our material lives follows us to the Grand Ordeal. The story of man’s search for meaning in the world and the universe is timeless. The characters change, the milieu changes, but the song remains the same. La Lumiere’s Director of Drama, Scot Purkeypile, brought the play up-to-date in order to reach the 21st century audience.

About La Lumiere School
La Lumiere School is a premier college preparatory boarding and day school located on a spectacular 190-acre campus 25 miles west of South Bend, 8 miles from La Porte, 7 miles from New Buffalo and about an hour southeast of Chicago. Academic excellence characterizes the entire curriculum and helps to prepare its students to attend some of the best colleges in the country including Stanford University, Northwestern University, Rhode Island School of Design, University of Notre Dame, Wake Forest University, Middlebury College, Georgetown University, Cornell University, Colgate University, University of Michigan, and the University of Chicago. For additional information, go online to lalumiere.org. La Lumiere School is accredited by the Independent Schools Association of the Central States (ISACS) and the North Central Association Commission on Accreditation and School Improvement (NCA).